Home Columns Sanctions …a tool for the West’s expansionist project 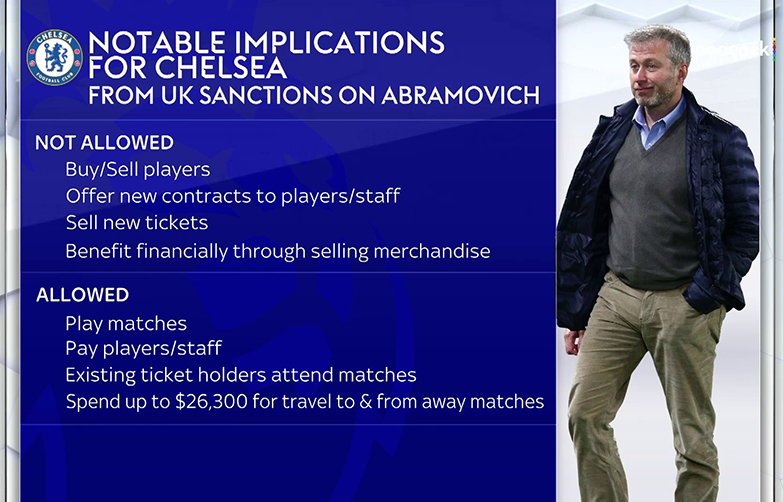 THE decision by the UK to slap seven Russian businesspeople with travel bans and freezing of assets on Thursday last week is yet another testimony that the West’s relentless bid to control the world knows no limits and needs to be curtailed as a matter of urgency.

Western countries, led by the US and the UK, have, for a long time, made little or no effort to mask their intentions of subjugating the world as seen by their unwarranted invasion and subsequent destruction of countries like Iraq, Afghanistan, Libya, Syria, as well their interference into the internal affairs of progressive nations like Zimbabwe.

Russia, which has resolutely stood by Zimbabwe, is the latest country to be targeted by the abrasive West.

China will, in the near future, be their next target.

But the inescapable reality, which is slowly hitting home, is that the world is fast changing and few countries are still tolerating the West’s confrontational approach to global issues.

Both China and Russia have been understandably, and justifiably, vocal against the West’s conduct.

No longer shall the world be compelled to pander to the West’s imperialist machinations.

And Russia is the perfect starting point.

Russia is the epitome of resistance to the West’s expansionist agenda, it is a true definition of the world’s resistance to imperialism and a symbol of the globe’s fight for total freedom from the West’s shackles of plunder and bullying of other independent nations.

And there are striking similarities between the action that has been taken against Russia by the West and the one taken against Zimbabwe at the turn of the millennium over Harare’s Land Reform and Resettlement Programme of 2000.

Russian entities and/or individuals are being targeted over what the UK says is support or closeness to their President Vladimir Putin, hence the ‘decision’ by the UK to impose sanctions on the seven Russian businessmen.

They are accused of being ‘close confidants’ of President Putin who has attracted the ire of the West over his decision to protect his country’s security through his military operation in Ukraine, a country that is allegedly fronting the trigger happy NATO’s interests.

But it is the move to slap Abramovich with sanctions that has not only infuriated the world but has gone on to confirm that the West is an arrogant grouping that revels in the suffering of innocent people.

Zimbabwe is reeling from the devastating effects of the Western-imposed illegal economic sanctions for a reason.

Its people took matters into their own hands and embarked on a path of defending and protecting their territorial integrity and sovereignty.

That is seen in the fiery eyes of the West as a threat to their foreign policy of dabbling in the internal affairs of sovereign nations.

UK ministers accused Abramovich and the other six businesspeople of having what they claimed were ‘clear connections’ to President Putin as well as having ‘blood on their hands’.

“You have to have clear evidence that they are connected to the Putin regime, and that has been established. That’s why we are going ahead with the sanctions that we are,” said the hopelessly out-of-sorts British Prime Minister Boris Johnson.

He went on, with spurious claims that Russia would deploy chemical weapons in Ukraine.

“When they themselves deploy chemical weapons, as I fear they may, they have a sort of maskirovka – a fake story – ready to go. You’ve seen it in Syria. You saw it even in the UK. That’s what they’re already doing. It is a cynical, barbaric government.”

“Evraz has been involved in providing financial services, or making available funds, economic resources, goods or technology that could contribute to destabilising Ukraine,” the OFSI said.

Then there was a flurry of bitter statements from the British top brass.

“Today’s sanctions show once again that oligarchs and kleptocrats have no place in our economy or society. With their close links to Putin, they are complicit in his aggression. The blood of the Ukrainian people is on their hands. They should hang their heads in shame,” said UK Foreign Secretary Liz Truss in an angry statement late last week.

Such is the devastating effects of the embargo that Abramovich’s stake in the Evraz, worth £1.4bn at the end of 2021, sank to below £350m just hours after the announcement of sanctions on him.

Just like the Zimbabwean sanctions, the embargo on Abramovich would have a toll on innocent people.

“In light of the government’s recently announced sanctions, we have requested Chelsea Football Club temporarily suspend our sponsorship of the club, including the removal of our brand from shirts and around the stadium until further notice,” said Three, the British telecoms company and Chelsea FC’s principal shirt sponsor.

“We recognise that this decision will impact the many Chelsea fans who follow their team passionately. However, we feel that given the circumstances, and the government sanction that is in place, it is the right thing to do. As a mobile network, the best way we can support the people of Ukraine is to ensure refugees arriving in the UK from the conflict and customers currently in Ukraine can stay connected to the people who matter to them. Therefore, we are offering connectivity packages to all Ukrainians arriving in the UK, and those in Ukraine.”

The club’s sleeve sponsor Hyundai also withdrew its sponsorship of the team.

“Hyundai has become one of the strongest partners in football over the years & the company supports the sport to be a force for good. We are currently assessing the situation with Chelsea FC,” it said in a statement.

Chelsea’s operations have been effectively shattered.

“From now on, only season-ticket holders and those who have already bought tickets will be allowed to attend Chelsea games. The club are no longer permitted to transfer or loan players, while broadcast and prize money is also frozen,” reads part of a March 10 2022 report by The Guardian titled ‘Roman Abramovich hit by sanctions: what does it mean for Chelsea?’

“On Thursday lunchtime, the official Chelsea club shop was forced to close. However, the club can continue to play fixtures and are permitted to have ‘reasonable travel costs’ to and from games up to a maximum of £20 000. Fans at games will still be able to buy food and drink.”

While the British can harp all they want that they are promoting democracy, the reality is that their sanctions are intended to harm innocent citizens and people with the goal of turning them against their leaders.

That strategy was tried in Zimbabwe but the results went the other way.

Sanctions by their very nature unite its victims.

Cuba, Venezuela, Zimbabwe and other countries attest to this fact.