The degree and significance of these unintended consequences and challenges is subject to debate, as is the question of the best way to deal with them.

In livestock production, food and water are supplied in place, while artificial methods are often employed to maintain animal health and improve production, such as therapeutic use of antimicrobial agents, vitamin supplements and growth hormones.

In meat production, methods are also sometimes employed to control undesirable behaviours often related to stresses of being confined in restricted areas with other animals.

Hence, more docile breeds are sought (with natural dominant behaviours bred out), physical restraints to stop interaction, such as individual cages for chickens, or animals physically modified, such as the de-beaking of chickens to reduce the harm of fighting.

Weight gain is encouraged by the provision of plentiful supplies of food to animals bred for weight gain.

In the US, the designation ‘confined animal feeding operation’ resulted from that country’s 1972 Federal Clean Water Act, which was enacted to protect and restore lakes and rivers to a ‘fishable, swimmable quality’. The US Environmental Protection Agency (EPA), identified certain animal feeding operations, along with many other types of industry, as, “…point source polluters of groundwater.”

These operations were designated as Confined Animal Feeding Operation (CAFOs) and are subject to special anti-pollution regulation.

Isolated cases of groundwater contamination in 24 States in the US have been linked to CAFOs.

For example, the 19 million hogs (pigs) in North Carolina generate 19 million tonnes of waste per year. The US Centres for Disease Control and Prevention (CDC) has identified a number of pollutants associated with the discharge of animal waste into rivers and lakes as well as into the air.

The US federal Government acknowledges the waste disposal issue and necessitates that animal waste be stored in lagoons/ponds, which can be as large as 7,5 acres. Under some conditions, if unprotected with an impermeable liner, these lagoons/ponds can leak waste into groundwater as can run-off from manure spread back onto fields in the case of an unforeseen heavy rainfall.

A lagoon/pond that burst in 1995 released 25 million gallons of nitrous sludge in North Carolina’s New River. As a result, the spill allegedly killed 8-10 million fish.

As they become more common, so do concerns about air pollution and ground water contamination, and the effects on human health, of the pollution and the use of antibiotics and growth hormones.

One particular problem identified with farms on which animals are intensively reared is the growth of antibiotic resistant bacteria.

Because large numbers of animals are confined in a small space, any disease would spread quickly and so antibiotics are used preventively.

A small percentage of bacteria are not killed by the drugs, which may infect human beings if it becomes airborne – such as the bird flu experienced in Asia.

According to the US CDC, farms on which animals are intensively reared can cause adverse health reactions in farm workers who may develop acute and chronic lung disease, musculoskeletal injuries and may contract infections that transmit from animals to human beings. The US CDC informs that chemical, bacterial and viral compounds from animal waste may travel in the soil and water and residents near such farms report nuisances such as unpleasant smells and flies, as well as adverse health effects.

The use of antibiotics may create antibiotic-resistant pathogens; parasites, bacteria and viruses may be spread; ammonia, nitrogen and phosphorus can reduce oxygen in surface waters and contaminate drinking water; pesticides and hormones may cause hormone-related changes in fish; animal feed and feathers may stunt the growth of desirable plants in surface waters and provide nutrients to disease-causing micro-organisms; trace elements such as arsenic and copper, which are harmful to animals and human health, may contaminate surface waters.

In crop production, the Green Revolution during the second half of the 20th Century spread technologies that had already existed, but had not been widely used outside of industrialised nations.

These technologies, which included pesticides, irrigation projects and synthetic nitrogen fertiliser, brought about far-reaching changes resulting in an extraordinary period for agriculture, especially for developed nations

The new technological development of the Green Revolution was the production of what some referred to as ‘miracle seeds’ – scientists created strains of maize, wheat and rice that are generally referred to as high yielding varieties (HYVs).

These varieties have an increased nitrogen-absorbing potential compared to other varieties.

Since cereals that absorbed extra nitrogen would typically lodge, or fall over before harvest, semi-dwarfing genes were bred into their genomes.

IR8, the first widely implemented HYV rice to be developed by IRRI, was created through a cross between an Indonesian variety named ‘Peta’ and a Chinese variety named, ‘Dee Geo Woo Gen’.

With the availability of molecular genetics in arabidopsis and rice, the mutant genes responsible (reduced height (rht), gibberellin insensitive (gai1) and slender rice (slr1)) have been cloned and identified as cellular signalling components of gibberellic acid, a phytohormone involved in regulating stem growth via its effect on cell division.  Stem growth in the mutant background is significantly reduced leading to the dwarf phenotype.

Photosynthetic investment in the stem is reduced dramatically as the shorter plants are inherently more stable mechanically.

However, in the absence of these inputs, traditional varieties may outperform HYVs.

A drawback of HYVs is that they were developed as F1 hybrids, meaning a farmer needs to purchase seeds every season rather than saved from previous seasons, thus increasing a farmer’s cost of production.

Today, sustainable agriculture and organic farming is advocated by the UN Food and Agriculture Organisation (FAO) and others.

The practice of sustainable agriculture is in response to the problems of industrial agriculture.

Organic farming methods combine scientific knowledge and modern technology with traditional farming practices; accepting some of the methods of industrial agriculture while rejecting others.

While recently in the developed world opinions are divided over the institutionalisation of industrial agriculture, Zimbabwe can learn from the errors of Western industrial agriculture and adopt homegrown sustainable methods of agro production to improve income, food security and nutrition as well as improve the environment and human wellbeing and contribute to the achievement of the UN’s Sustainable Development Goals (SDGs). 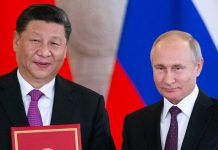