THAT the survival and well-being of any nation hinges on foundations of cohesion and unity is a fact of life.

Unity is the principal driver of any nation’s charge towards success.

We have written extensively about this subject.

We continue to do so because it either makes or breaks us as a country.

We never stop discussing it because of the battles that confront our beloved country.

Each time we bring the issue to the fore, we seem to be taking many steps backwards.

There, too, are many things to prepare us for the future.

This is the future that resides in our glowing history.

And ours has been a history of conquering.

We have faced many challenges but we, time-and-again, have emerged victorious.

We have never stopped to believing in what is right.

We have never stopped moving on the right path.

We do so because we are doing the right thing as a country.

We are just like any other that believes in its sovereignty.

Nations create their narratives. They come up with policies. They craft their own ideologies.

They form their own principles.

And all these morph into the emancipation of the masses.

Division of labour has been key in understanding the national question.

Sharing of ideas, too, is a fundamental tenet in that quest.

Our national question is entrenched in three critical phases of our history.

During the liberation struggle, the national question was on attaining independence.

We took guns to achieve that.

That freedom came at a cost which we all should  never forget.

We should honour our heroes and heroines everyday of our lives.

We should cherish their sacrifices and know that they were not in vain.

Post-independence brought the phase of fulfilling the objectives of the struggle.

This phase brought with it some of the challenges we face today.

We had to take back our land.

We had to empower our people. We had to assert our position as a free country.

We gained the land but lost our way on the national question.

However, the West divided us during that period.

The effects of their interference are still there for all to see.

We now resent each other.

We now resent our country.

We now have some, in our midst, who wish the country ill. This needs to be attended to as a matter of urgency.

This is why November 2017 created a new path for the country.

The narrative remains the same.

Our aspirations have not changed.

They will, and should, never change.

The new dispensation has a duty to steer the ship.

It has a duty to revive the liberation struggle narrative.

It has a duty to pursue the empowerment agenda.

It has a duty to engage and re-engage with others.

But our national question remains that we should always defend our land and make it productive.

We should continue to empower our citizens and make them better people.

We should always be guided by our history.

We should always honour our heroes.

Crucially, we should never lose our way.

Yes, Zimbabwe is diverse, but we are one. 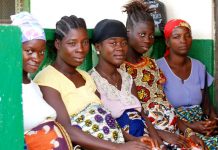 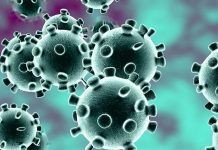 COVID-19 and animal contagion: Part One …the beginning 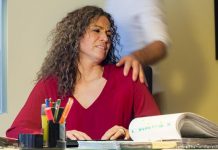 What is sexual harassment in the workplace?