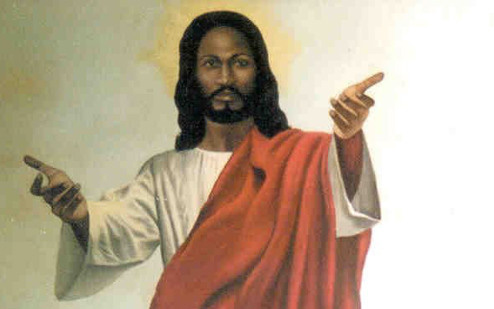 THE Western perception of Christ is purposely distorted.

Christ is depicted as a Caucasian man who is the only son of God and to him are attributed a virgin birth and physical resurrection shortly after his execution.

But is this perception of Christ based on the Scriptures?

The scriptures tell a different story altogether, one that suggests that the Christ is an anointed one, or a series of anointed ones, commissioned to carry forth a prophesied mission in their lifetimes.

The word Christ is derived from the Greek and Latin word Christs, which literally means anointed. In Hebrew this word is Mosheach from whence the word Messiah is derived.

According to the Bible in Hebrew, God’s anointed included Moses, Aaron, numerous Levites, Samuel, Saul, David and Solomon, among many others.

Beside these, there were also anointed ones or Christs that were prophesied about, by individuals like Daniel and Isaiah, that would appear in the future.

In all cases, the prophets who saw visions of these future anointed ones identified one who was like themselves, who had woolly hair and feet the colour of brass that has been burnt in a furnace.

Woolly hair and brown skin colour disqualifies any Caucasian or whiteman from potentially being the Christ.

The Hebrew lineage that Joshua (Jesus) came from was whit-Asiatic and became Egyptian (African) for over four centuries before the generation of Moses.

They perceived pure hair to be woolly and black while regarding yellow (blonde) hair and white skin as a sign of leprosy.

In times of famine and sickness, they would become as black as a stove and their priests and Nasserites would let their hair grow into locks. All these attributes match the phenotype of the negro-Bantu race.

As indicated earlier, there were many Christs before Joshua and others who were said would come after him.

Joshua himself hinted that he would accomplish his mission after three appearances on earth which he parabolised as the three days that Jonah spent in the belly of a whale and the three days it would take to rebuild the temple once destroyed.

Joshua did not literally mean that he would rise on the third day after his crucifixion, but that interpretation was preferred because it stops the continuity of the messianic series.

He meant that he would appear in two other lifetimes and, on the third one, he would come to be in the glory of the Father.

On one occasion, he elaborated saying that he would perform cures and cast out demons over two days (appearances) and on the third, he would be perfected.

And on another occasion, he even stated the places and peoples among which the successive Christs would appear. It would be himself in Jerusalem, another who would have influence in Syria (Nineveh) and the third who will belong to the lineage of the Queen of the South (Africa).

Many believe the second appearance was Prophet Muhammad because he used to trade goods in Syria as a merchant and it was he who caused Islam to take over Syria and the known world shortly after his death.

There are also others who believe that Ras Tafari of Ethiopia manifested the third appearance.

The problem with the Ras Tafari hypothesis is that though he was born of the house of Makeda, the Queen of Sheba and Ethiopia, the Son of Man mentioned by Isaiah and Zephaniah, among others, was to be from beyond the rivers of the Nile, namely Southern Africa.

The book of Isaiah even says that a remnant of Judah would be strong in a rich and sovereign land that is filled with rivers and the Son of Man will regard the Egyptians as his people.

This means that the Israelites or Jews of this land would be co-living with the Egyptians in the same way that they did before the time of Moses.

The two groups will be racially indistinguishable from each other and there will even be a pillar and altar in the land that will testify to the presence of God therein.

This is reminiscent of Judaic Southern African groups, like the Remba/Lemba who came from Yemen (Saba) where they shared the same heritage as the Falasha or Beta Israel of Ethiopia.

The Great Zimbabwe Monument which was constructed during the peak of the Moorish era around 1000 CE fits the description of the altar and pillar and it is no surprise that since its conception, the Remba have been associated in one way or another with its construction.

A glimpse of the numerous ancient Yemenite stone cities of Hajjah, Thula, Kawkaban and Bajil (Tahama), among others, with the signature dry-brick-stone-laying, high walls, stairs, steles and minarets (conical towers) will leave no doubt of this ancient Yemenite (Sabaean) and Zimbabwean connection.

King Solomon had mining interests in Ophir which has been associated with Zimbabwe because both places were located in the distant lands of the south and contained plenty and good gold. It is no wonder why there is often mention of King Solomon’s mines in Zimbabwe: his ventures of sending Israelites to Ophir every three years alongside Hiram of Tyre were accelerated by the relocation of his and Makeda’s son BenlaHakim (Menelik) to Saba (Yemen). Saba is a boat ride away from the Mozambican coast which borders the land of Zimbabwe to the east.

In conclusion, the scriptures, particularly Revelations, suggests that there is not one, but many Christs, each with a mandate or mission which is related to one cause.

These Christs come from a race of blacks and theirs is a redemptive and revolutionary struggle that blacks are in dire need of, much more than any other race on earth because they are currently at the bottom.

Thus, the Christs are black and at times born in Africa and never Europe or other lands where whites can be found.

Whites began making their entrance in the known world in the 5th Century CE when they attacked the Roman Empire as Visigoth Barbarians.

How then can Joshua and the likes of Moses be portrayed as whites.

This interpretation of prophecies and events to do with our region and era is shared by several rabbis and sheikhs from Judaism and Islam respectively who have been led to the land of Zimbabwe and the Remba lineage after analysing the Scriptures in great depth. This includes our very own Zimbabwean imam Mufti who identified passages in the Quran which suggest that the events of the end times would be centred in Zimbabwe.

The inevitable Hellenising and romanticising of Joshua’s life and death story have craftily led many to fixate on the virgin birth and literal third day resurrection hypothesis, rather than the anointed one’s actual nature, mission and prophesies.

Joshua was targeted in this way because he existed at a time that Judea was under Greco-Roman colonial rule so much so that even the accounts of his story were written in Greek as opposed to Hebrew.

Without questioning the authenticity of the virgin birth and literal third day resurrection, this article simply seeks to let the reader drift away from the missionary’s interpretation and focus on what the scriptures actually say about the Messiahs, Christs or anointed ones of God.