Home Columns Tragedy of the opposition 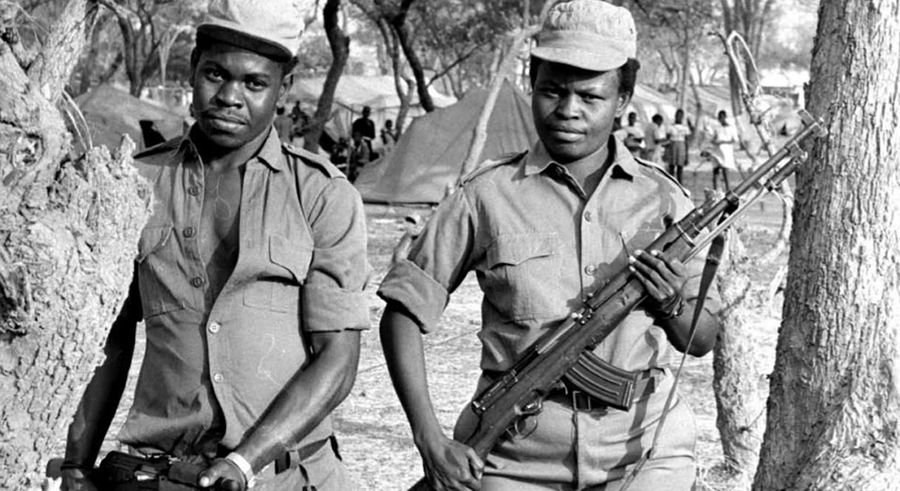 UNLIKE the ruling ZANU PF and other liberation movements across the globe that have their roots steeped in the values, ideals and ideas of the struggle, the tragedy of the opposition in Zimbabwe is that it exists to do the bidding of its Western handlers.

For the opposition to untangle that formidable knot is a mammoth task; several serious questions concerning both the country and the masses have to be attended to.

The opposition has failed to deliver the answers. It has failed to shake off the puppet tag. It has also failed to provide answers to the national question, particularly on issues to do with the enduring legacy of the liberation struggle, land reform as well as economic empowerment.

Their survival hinges on calling for and endorsing illegal economic sanctions on the country in order to take over power.

That, again, has failed to produce the desired results for them and their stuttering Western handlers.

The masses have managed to weather the storm and they will continue to do so for as long the opposition does not tell us what it is they intend to do in the highly unlikely event that they take over power.

The frustration from that end is palpable, and spurs reckless actions, like burning of people’s properties.

But if we thought we had seen and heard it all, then we are destined for a rude awakening.

In order to appease their pricking conscience, they resort to invoking the name of one of the most brutal killers in living memory, Ian Douglas Smith, whom they say did a ‘lot’ for the country and was ‘better’ than the black leadership in the country.

Niftily tucked in between that nonsense is the bizarre attempt to erase the liberation struggle which finally brought an end their beloved Smith’s madness.

You can never win power in Zimbabwe when you endorse the colonial regime, especially when the scars are being ripped open by the illegal economic sanctions from the opposition’s handlers.

Invoking Smith’s name is like rubbing salt on the gaping wounds from the liberation struggle that will never heal — power will elude you in Zimbabwe.

Let them go out there to the masses and parrot their Smith nonsense and see who will carry the day when the elections come.

And this time around, anyone who claims vote rigging bunkum without providing evidence should be thrown behind bars.

We cannot have some people freely moving around tarnishing the good name of the country and then turning around with spurious claims that there is no democracy in the country when they are abusing the same.

They are, in fact, daring the State and we will not hesitate to call them puppets who will never rule this country.

Which is why we are in total support of President Emmerson Mnangagwa’s statement in Gweru last week, that puppets will only rule the country in their dreams. “We will never allow for puppets to rule this country,” he said while addressing thousands of ZANU PF supporters at Bata Shoe Company.

“They sanctioned us because we want to determine our own destiny. Germany, Japan, France and other Western countries are building their own countries. Can we, therefore, be stupid to have foreigners determine the development of our country? Yes, they can come with investments, but with no strings attached.”

And as the country readies for elections next year, which the opposition want to tarnish through violence, President Mnangagwa has a message for them.

“While we have always been aware that the opposition takes advantage of international gatherings — Commonwealth Heads of Government Meeting or CHOGM in this case — to provoke situations of violence in the country for the attention and gratification of their Western godfathers, no one ever thought that the opposition would abuse the severed remains of a slain woman for the same debased end,” he said in his weekly column for The Sunday Mail this week.

“The remains of Moreblessing (Ali), whose politics while she lived appear unknown or contested, became more than a family tragedy; it became an uninvited and certainly an undeserved curse on the otherwise peaceful Nyatsime community.

We now know how vile politics blight peace and harmony in communities.”

“They (CCC thugs) came from outside Nyatsime for the sole purpose of causing havoc,” said President Mnangagwa.

“They were outsiders who came from afar for the sole purpose of importing and causing havoc in a community to which they were strangers.”

While the opposition can harp all they want about democracy, human rights and any nonsense they can latch on to, the reality, which is staring them in the face, is that they are headed for a thunderous fall.

Not even their Western handlers will extricate them from that pit.

A serious opposition identifies with the collective aspirations of the masses not use havoc and chaos to find their way to power.

It can only happen in childish dreams such as theirs.