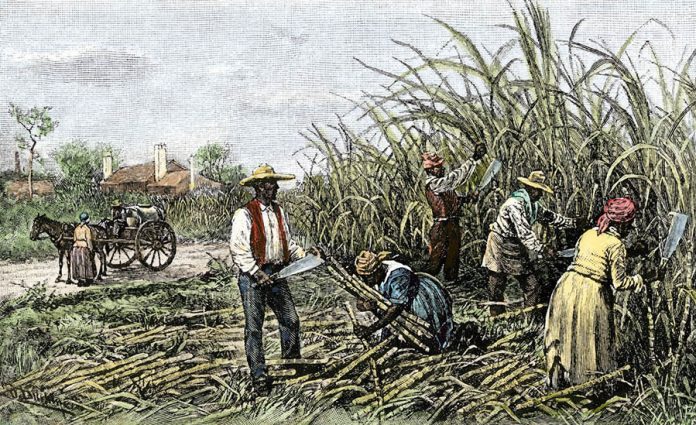 BEFORE the West became the leading civilisation, the East, particularly China, occupied this high position.

Few people know that most of the technology, clothing and furniture that we use in our day-to-day lives and consider to be Western were actually from the orient.

The reason we think these inventions were Western is simply because they were brought here by Europeans, but their origins are actually from Africa, Arabia, India or other places in the East.

This article will identify some of these things and also the vehicles that carried them to the West.

A Chinese individual named Bi Sheng invented a movable type of printing press with clay character blocks almost 1000 years ago. Before, there was already a woodblock system in existence and prior to that, one had to copy written works word for word by hand.

Gunpowder was also formulated in China a long time ago though it was not initially used to fire bullets from guns, but for mining explosives and fireworks.

The compass was also invented in China during the Song Dynasty when artificial magnets were combined with an azimuth plate to create a compass which was known as luopan.

This new instrument could indicate to sailors the accurate direction at sea notwithstanding bad weather.

Paper was also invented in China.

China also came up with the first smoking pipes and the cigarette wrapping technique.

Western clothing, with exception to the tie, which was born out of Greek phallic worship, is wholly Chinese.

The suit jacket, shirt and trousers are all Chinese in terms of style and the few modifications that took place were on the collar.

Silk was also a Chinese invention which was made by substances derived from silk worms.

It was treasured by the Arabs and traded at high prices.

Chinese ceramics also found a market in the West and its tough texture and beautiful designs improved the way casseroles, plates, bowls and cups were made in the West.

China’s paper-making technology was introduced to Japan and Korea in the late Sui (581-618) and early Tang Dynasties, and later to Arabia and then the rest of the world.

China’s movable printing press was introduced first to the neighbouring lands of Japan and Korea, then to the distant lands of Persia and Egypt.

Gunpowder and weapons that use gunpowder were introduced to Europe via Arabia between 1225 and 1248 CE.

This gunpowder was named ‘Chinese Snow’ and ‘Chinese Salt’ by the Arabians because it was from China and it was white in colour.

In the Southern Song Dynasty, the compass was introduced to Europe by way of Arabia.

The Arabs affectionately called it, ‘The eye of the sailor’ because it allowed people to confidently travel without the fear of getting lost at sea.

These were known as the Dark Ages not only because there was no sophistication, knowledge and civilisation in Europe but also because Europe was ruled by black people called Moors.

These Moors were the Arabs in question, who, during their stay in Europe, travelled to the Far East and brought with them the choice inventions of China.

They also brought goods from India and other places like Persia to Europe.

The Moors also had their own goods and inventions that they introduced to Europe and jointly with the Chinese products, they provided the West with enough items to found their own civilisation.

The Moors had institutions of higher learning in places like Toledo in Spain.

For a while, many whites became Muslim so as to acquire the precious knowledge which they possessed.

Arabic numerals, the small letters of the English alphabet and the looping system of written words were all of Arabic origins and influence because the official language that was used to write at that time was Arabic.

The West would later begin navigating the seas thanks to the Moors who brought them the compass and their ship building techniques.

Early European explorers would head to places like China and return with more Chinese inventions to Europe. These included the way of preparing noodles.

Regardless of this direct exposure to giants of civilisation like China, Europe remained insignificant in terms of sophistication and civilisation until the advents of slavery and colonisation of Africans.

After the downfall of the Moors, many blacks fled into Africa for succour.

Some headed north away from Italy, Spain and Portugal and reached lands as distant as Germany and Denmark and others succumbed to ethnic cleansing.

They were chased down crowded streets and were clubbed, stoned and beaten to death while the whites celebrated.

Their books were incinerated and their greatness was systematically hidden from the annals of history.

The Moors that fled south by sea settled near the coasts of North and West Africa.

Eventually, the runaway Moors were tracked down and though they were indistinguishable to the rest of the Africans, they had no kingdoms of their own and thus no protection.

They were easy to track because they spoke Arabic as opposed to indigenous languages like Wolof.

The European slave dealers began by kidnapping these vulnerable strangers and after depleting their numbers they went after the rest of the Africans.

This enslavement of Africans led to labour and brain drain in Africa but on the contrary, it led Europe and America into prosperity.

For almost four centuries, blacks were subjected to work with no remuneration from their white masters.

They made African tools, utensils and instruments upon their arrival.

They did everything from working the land to harvesting, building their houses and cleaning them, sewing their clothes and washing them and also processing their food.

In so doing, they faced many challenges and were forced to find ways to make their jobs easier.

They became innovative and invented and modified tools to be more effective.

Many of these were patented after the names of their masters which they were given to replace their African ones.

This makes it hard to recognise the black ethnicity of the inventor.

Ned’s cotton scrapper of 1840, Jennings’ dry cleaner of 1820, Blair’s corn planter of 1834, Boyd’s corded bed of 1826 and Montgomery’s steam boat of 1850 are examples of the pre-freedom inventions of blacks in America.

The high agricultural produce of black slaves and their innovative inventions led to agricultural and industrial revolutions in places such as the US and Britain.

It was in this period that the East was overtaken by the West in terms of being leaders of civilisation.

The mere fact that they kidnapped hundreds of millions of black humans for enslavement was a profitable enough venture to make them wealthy.

They would leverage this position and use their new-found knowledge, wealth and power to invade lands such as Africa, India and China.

To this day, Americans like Thomas Mensah who invented fibre optics and Jesse Russell who invented the cellular phone are blacks.

In the same way that Greece and Rome owed their civilisations to Egypt, the West is greatly indebted to Africans and Asians, for sharing their knowledge, inventions and commodities with the Europeans.