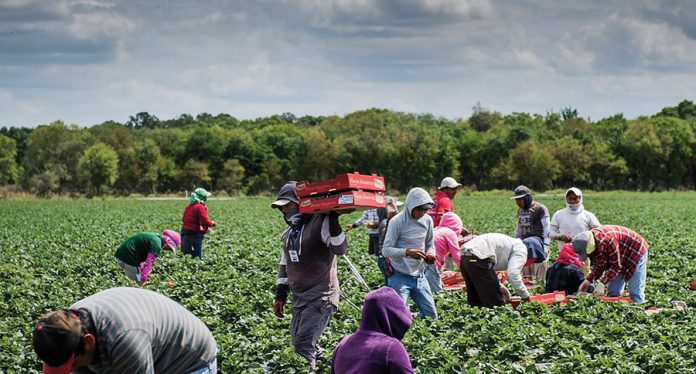 BY now most readers are familiar with the agricultural statistics, albeit pre-land reform, that have been repeatedly quoted vis-à-vis the importance of agriculture in Zimbabwe.

It is the backbone of the economy.

To this end, the AU’s New Partnership for Africa’s Development – the Comprehensive Africa Agriculture Development Programme (CAADP), believes more investment in agriculture will end hunger and lift millions out of poverty.

It called on member-signatories to spend at least 10 percent of their budgets on agriculture and to strive for an annual six percent growth in agriculture.

Though several countries have made inroads in tackling the challenges of hunger, undernourishment and extreme poverty, Africa, together with Zimbabwe, remains a net food importer and produces far less than its potential.

It is generally accepted that when agriculture performs poorly, the rest of the economy suffers.

However, there is confusion over agriculture and its role in national development.

Is the role of agriculture about big business or exports?

To earn foreign exchange from crops?

To end hunger or to serve as a market for products from the industrial sector?

Many agriculturalists contend that the overarching mission of farmers is to produce food and livestock for a growing population.

The recently announced increases of producer price for cereals have prompted me to posit the above questions.

While Africa’s plan to revamp agriculture through CAADP is a noble idea, one needs to ask what the role of agriculture is?

Sometime in the first millennium, an equally important change began as crops began to arrive from south-east Asia.

These crops first arrived in Madagascar.

From the island, the crops crossed to the African Great Lakes region.

They included many crops, the most important being the banana.

From the beginning of man’s civilisation, with the domestication of plants and animals as well as the development and dissemination of techniques for raising them productively, crops have been grown to sustain human life; prior to which, seeds had been collected and eaten before people learnt to farm them.

The transition from hunter-gatherer to agricultural societies indicates an antecedent period of intensification and increasing sedentary life.

This enabled hunter-gatherers in some areas to form the first settled villages.

Since 100 BC to date, world populations have continued to grow along with the demand for food and land use.

Historical processes have allowed agricultural crops to be cultivated and eaten well beyond their centres of origin and, through globalisation, it continues in the present.

On average, 68,7 percent of a nation’s food supplies and 69,3 percent of its agricultural production are of crops with foreign origins.

Through the effects of governments’ policies, wars, crop failure and climactic events, millions of people died in each of at least 10 famines between the 1920s and the 1990s.

Food activists and non-governmental organisations (NGOs) contend that the primary mission of agriculture is to end hunger.

This means the sustainable, affordable provision of food.

The practice of annually increasing the producer price of grain, together with the provision of farming ‘inputs’ was introduced by Government soon after independence in 1980, to encourage people to grow food to feed the nation at a time most Zimbabweans aspired to be bank clerks.

It was a time when owning a piece of land and farming was far removed from people’s minds and not a consideration for a viable livelihood.

As a result, the practice of providing inputs has disadvantaged the once resourceful indigenous farmer and rendered him a virtual scrounger, reliant on inputs from Government or NGOs in order to start the farming season.

However, no matter how hard Government may try to be even-handed in the distribution of inputs, there are always those who muscle their way to benefit at both ends – the inputs and increased producer prices, at the expense of those farmers who need assistance most and the consumer, who, each year, has to struggle to raise more money to feed the family.

Strapped securely on his mother’s back, the Zimbabwean farmer has been a neophyte of agriculture – from the day of his birth.

He observed silently the cycles of nature as his mother tilled the land, sowed the seeds and reaped the harvest.

Thus; the Zimbabwean farmer has the knowledge of the land, the soils, the seasons and agriculture from tilling the land to reaping and storing the harvest.

He knew to select and set aside part of the best seeds of his current harvest for the season to come – he did not wait for inputs.

One way of correcting the unsuitability of annual inputs and increased producer prices would be to channel the funds to subsidising some essential food for the consumer.

Indispensable staples, such as maize meal, bread, meat, sugar, oil, eggs, milk and milk products, like cheese and sour milk, — essential protein for human health — are now unaffordable ‘luxuries’ for most Zimbabweans and should be subsidised by Government.

In the 1950s, the EU’s farm subsidy programme, the Common Agriculture Policy (CAP), was created in response to severe food shortages in Europe.

Though the EU subsidies hurt farmers in poor nations, they raised the incomes of EU farmers and, in the process, produced more quality food for consumers.

In 2013, about 40 percent of the EU’s budget went to CAP, which also has the power to impose conditions on members who get subsidies.

The job, for anyone who undertakes the agricultural portfolio, is not about visiting farms and dam sites, but about providing adequate, affordable food for the people of the nation.

One way this could be achieved is through subsidies, as was the case in the past, as well as the institution of price control on select staple foods.

But ending hunger also depends crucially on a growing national economy that increases family income by providing the means (the effective demand) for families to purchase food.

Agriculture should first and foremost be about growing food to feed the people — food that is healthy, that people can afford.

For view and comments, email: tonym.MONDA@gmail.com 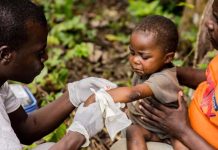