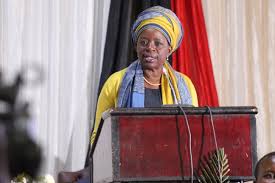 JUST as with previous elections since the turn of the millennium when the country embarked on the Land Reform and Resettlement Programme, our usual nemeses are upping the tempo in order to tarnish the image of the country.

The tale goes like this: Latch on to anything that can discredit those elections, including laying siege on the economy so that a ZANU PF victory can be dismissed as a product of what they call ‘vote rigging’.

Two crucial issues come to the fore when those brutal attempts to sabotage the country’s economy are thrust on to the masses.

First is the fact that there is indeed a link between elections and the economy, especially when it is sabotaged in order to create an uneven playing electoral field as is the case with Western sponsored illegal economic sanctions.

The sanctions were designed to create growling stomachs where the masses will turn against the Government with illegal regime change the end product.

Those sanctions mean that whenever there is an election, ZANU PF has the disadvantage of convincing an electorate that is drowning under the crude wave of the embargo.

This leaves the ruling Party with the sole option of lobbying the globe for the unconditional removal of the sanctions, itself a key reform to a clean election — not the nonsense that the EU and the US parrot to their gullible puppets here.

The removal of the sanctions will, therefore, create an even electoral field where all contesting parties are playing it out on the basis of delivery or lack thereof to the electorate.

The key question would then be: How does ZANU PF thrive under those forbidding circumstances?

The ruling Party, despite being hampered by the sanctions, has time-and-again relied on its unbreakable bond with the masses dating back to the days of the liberation struggle, right up to this day where its empowerment programmes have resonated with the sanctioned masses.

With the removal of the sanctions, the country will definitely do better than what it is now.

Which is why there is visible hesitancy by the sponsors of the sanctions to do away with their embargo.

Put simply, the sanctions aid and abet the opposition’s sellout cause in any polls in the country.

Which brings us to the second and critical issue in the whole matrix, the necessity of the Patriot Act.

Nowhere in the world have those who wish harm on their motherland been allowed to walk scot-free, maligning their country like what others in our midst are doing.

There are special places reserved for those unruly characters and driving them there is what Government should be pursuing with vigour at the moment.

Attacking your country and calling for outsiders to bring harm to it should be enough reason to disqualify those malcontents from contesting for any political post.

They can go and be part of those enemies of our beloved country.

We leave it there for now.

That does not, however, mean that our enemies are resting on their laurels.

They are coming in full force, frantically trying to destabilise the country and make it ungovernable.

They are known and they are being watched.

Even when they collude with outsiders to have a go at the economy, through starving the locals, Government, as per tradition, will cushion the masses from the shocking greed that has gripped some in our midst.

Which is why it is important to unpack the recent intervention by the Government to continue supporting local producers while protecting consumers who had fallen victim to a relentless onslaught by some avaricious businesspeople in the past few weeks.

After allowing those with free funds to import basic commodities such as sugar, cooking oil and maize meal, among others, the usual suspects were at it again, accusing Government of stifling local production.

But the Minister of Industry and Commerce, Dr Sekai Nzenza, has since assured the nation that Government would not hamper local manufacturers’ efforts.

“Government is maintaining its support for local companies through its Local Content Strategy and the Buy Zimbabwe campaign,” she told The Sunday Mail in an interview this week.

“You will note, however, that currently the country is faced with rising prices and shortages of basic commodities. Government is, therefore, temporarily allowing duty-free importation of these basic commodities effective May 17 2022 to November 22 2022 to cushion the public from these temporary challenges. This is, therefore, a balancing act; we continue supporting the local industry as well as ensuring that the consumer is not overburdened by challenges currently facing the economy.”

To this end, Government will provide US$30 million to local manufacturers for retooling.

“We believe that this will provide working capital for a number of companies in the country in 2022. In addition, through the National Competitiveness Commission, we are working to enhance the competitiveness of local products so that they can compete effectively with imports,” Dr Nzenza said.

We sincerely hope that those who have been trying to destabilise the country through their unholy collusion with outsiders will finally come to their senses and be in tandem with the masses.

These people had become enemies of the State but, as is always the case with our Government, there is always a way out and Zimbabwe will continue to rise.