THE Sixth Form students of Zimbabwean origin fear to have been disproportionately impacted by problems with the system which replaced exams this year.

Students across England received their A-level results last week which are based on centre-assessment grades.

The government has said that around 40 percent of A-level grades have been amended during the standardisation process, but that overall results will be slightly higher this year than last year.

The system of determining the results through course work has been viewed as the worst system and that it has affected black students more than their white counterparts.

Black students have received their results with heavy hearts; most of them have been marked down by their form teachers.

The only reason why most black students pass is because the final exams are marked using numbers and not names.

So the ground is very level when the exams are marked using candidate numbers not names.

Peter Jiri a sixth year student could not hide his disgust: “My history teacher never liked me, he promised me that I will fail, I was so ready to show him that I am a good student and I was going to pass. But now he has the final say no wonder l got a C in his subject. This teacher never liked blacks and will always say he could not understand my accent yet he understood a Chinese student next to me.”

Another student Takudzwa Dzimiri said: “Some teachers are so good they do treat you like a human being and with respect, but some teachers just hate you for being black. Now that they have the last say in our final results this year, blacks will surely fail. Teachers stay with a student for two years and in these years they develop hatred or a liking towards you. So if your teacher dislikes you, you will surely fail that teacher’s subject.”

Bill Watkin, the SFCA’s chief executive, called on the government to revert to the grades provided by schools and colleges.

“The government must address this as a matter of urgency and we will do everything we can to ensure that students are not penalised as a result of what has turned out to be a failed experiment,” he said.

Principals were also encouraged to give their reaction to the grades in response to the survey.

One described being “lost for words as to this outcome and devastated for our staff and students,” while another said their grades this year were “significantly lower” than at any point in the past five years.

This was in view of results being reached at by the examination centres; imagine if the whole system fails how a single school can give fair results.

Added Patricia Zimodzi of Luton, England: “We would appear to be below our historic data both at centre- and in some cases subject-level and making this year’s set of results the college’s worst in the last 15 years.”

Givemore Nyathi a school teacher said: “The other down to the whole system is the fact that the results are based on mock exams and students normally do not put much effort. The results are half baked.”

Watkin said that while using mock results was “not unhelpful” as they had already been used in calculating centre-assessment grades, the tests “are sometimes made deliberately difficult, they may address only a proportion of the syllabus, they may be taken six months before the actual exams, so the mock exams are preparatory ones and in those exams teachers give good encouraging marks to those they favour.

In this way, there will be some winners, those whose teachers were generous in the course work but there will be losers whose colour is not the right one.

All will get the grades their teachers said they would get if they had taken the exams this summer.”

For the first time in the history of Advanced Levels, the Zimbabwean students in the UK are experiencing the cruelty of racism first hand.

2020 will go a long way as the year of the dark cloud upon the Zimbabwean children in the UK.

For views and comments email:Vazet2000@yahoo.co.uk 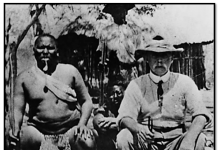 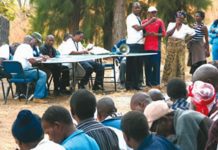