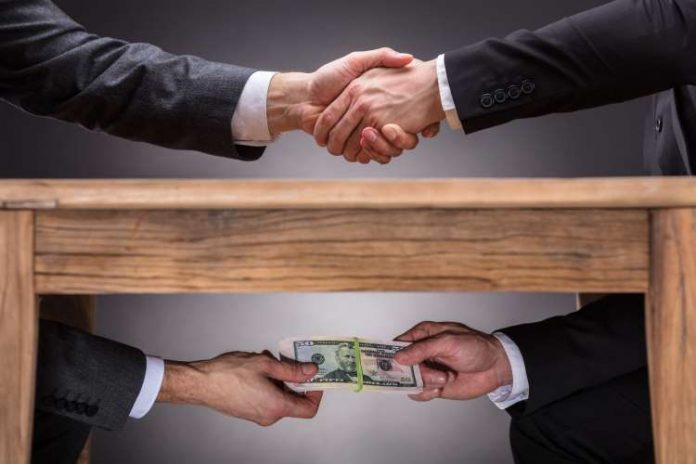 ONE of the scourges currently bedevilling the Zimbabwean economy is the ‘agency problem’.

Simply put, the ‘agency problem’, mostly referred to as the principal-agent problem in economics texts, is acknowledged in political science and economics as describing a situation where one person or entity is able to make decisions and/or take action on behalf of another person or entity — ‘the principal’.

The agent is thus the one who makes decisions and actions on behalf of the principal.

Ideally, the agent is expected to act in the best interest of the principal and this relationship requires that both parties are singing from the same page and their goals are congruent.

In a nutshell, the problem only comes when the agent seeks to advance his/her own interests at the expense of the principal.

On a grand scale, the agency problem explains acts that comprise corruption.

It’s unfortunate that many people tend to think that corruption is the ‘preserve’ of bigwigs and misguided public officials who dip their hands into the public purse at the expense of the principal.

What most turn a blind eye on are the acts that people engage in at a micro-economic level that fuel corruption to an extent where it almost becomes acceptable or expected.

Such a mentality has pervaded society to the extent that people often eye key positions in organisations with the intention of lining their pockets.

Ethics, professionalism, integrity, all the positive virtues of an upright individual seem to have been thrown out the window.

So serious is this problem that it can be traced down to the grassroots and not many will pass the moral litmus test of not having taken part in this practice which is bleeding the economy. And one can safely say that Zimbabwe is partly where it is today largely because of the ‘agency problem’ in one way or the other.

Let’s look at this analogy:

“You have a toddler who can’t talk yet and needs to be taken care of in your absence.

Inevitably, you employ a maid to look after the child in your absence.

All along, you had been taking care of your child and the child looked chubby.

When the maid takes over child-minding, you notice within a month that your toddler has lost weight.

It’s unfortunate that your child is a toddler and therefore you cannot ask what is happening in your absence.

In order to get to the bottom of the matter, you buy a secret camera that you put in your baby’s stuffed animal which is always positioned from a vantage point that gives you a clear view of the room.

Upon reviewing the footage from the secret camera, you notice that your baby is only consuming half of the food you have purchased, while the maid is eating the other half.

When feeding the baby, porridge for instance, it’s one spoonful to the child and another spoonful goes down the maid’s throat.

You also wondered why the toddler’s consumption of diapers had skyrocketed.

You then catch the maid red-handed stuffing her handbag with the diapers you slaved to buy.

You then remember that the maid has a child the same age as yours, no wonder she never complains about the rising cost of living yet her salary has been stagnant.”

That is typical agent behaviour.

You often have to incur costs to check if the agent’s actions are consistent with what you agreed upon when you first entered into a contract.

The agency mentality seems to have inspired the coining of the meme: “Mbudzi inofura payakasungirirwa.”

That means, in general, people who subscribe to this mantra are ever scouting for an opportunity to fleece the principal, whoever that is; it could be the Government, the company they work for, or even a family member in the Diaspora who tasked him/her to run an errand or even to manage a building project.

Everywhere you turn, society is awash withy real-life accounts of people who have been let down by someone they trust.

The Government has also had its fair share of agents. Just one glance at a pool car with Government licence plates confirms this hypothesis.

The kind of care one would give his/her own asset.

The dirt can be traced back to three months ago, the headlight might be precariously hanging out of the socket, about to fall off, you name it.

Maybe all it required is to be pushed back in position, something that doesn’t require a technician, but the same person who says the asset isn’t his forgets that he abuses the car whenever he gets the chance; carrying unauthorised passengers, sneaking off to his rural home 300km away overnight and returning a car with an empty fuel tank, giving an account that’s too ‘fantastic’ it can pass off as a fiction novel storyline to explain what happened.

On a national scale, these collective misdemeanors suck the fiscus dry.

Imagine the number of litres of diesel allocated to land reform beneficiaries that found their way to the black market.

How many inputs subsidised by the Government have been misappropriated?

Sometimes, however, when you look at the actions of other people, you might not grasp the gravity of the matter at hand.

So try to introspect and ask yourself the following questions:

λ Have I been dishonest about how I used the fuel in a company vehicle?

λ Have I ever faked a receipt?

λ Have I ever given someone an inflated price for a product he/she was looking for, intending to pocket the difference?

λ Have I accessed money through official channels and went to exchange it on the parallel market at a premium?

The list is endless, but the point is clear.

Most times, our actions lead to leakages in revenue: We are fleecing someone!

However, to cut a long story short, we are actually short-changing ourselves.

That’s because when the principal tries to plug the gaps, incurring a lot of costs in the process, we’ll feel like we are being asked to sing while our throats are being strangled.

It is high time Zimbabweans examine their actions and become accountable for their own actions with integrity.

Honesty is a virtue.

It is priceless and not to be expected of cheap people.

We cannot forever be agents who require monitoring just because the person next door is doing it.

Where did we lose it? 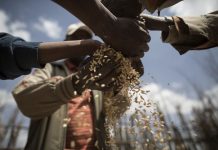