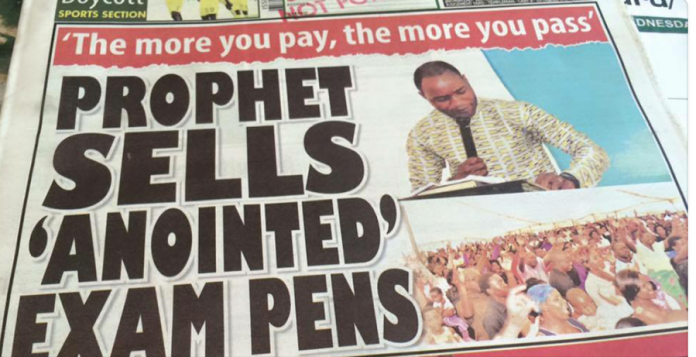 IN the previous episode of our discussion on heritage-based teaching and learning, we showed how the heritage of a foreign Anglo-Saxon language, English, was used by Zimbabwe’s erstwhile colonisers to destroy African socio-cultural norms and values.

This situation is well-captured in the common saying by Zimbabweans that: ‘Chava chirungu ichi’ (Shona) or ‘Hisikiwa pela lesi’ (Ndebele).

This is said with a sense of pride, demonstrating total acceptance if not admiration of the English language and culture.

English is considered by many Zimbabweans to be a ‘fait accompli’.

But can it be that this great country will be turned into an English cultural colony?

To be or not to be Zimbabwean, that is the question!

The problem is brought into focus by ‘schooled’ Zimbabweans who look down upon those citizens who cannot speak ‘good’ English.

Those who speak local languages, using idioms, are looked upon as backward types who missed out on a good ‘English-based’ education!

Are we going to proverbial ‘Jerusalem’ in the form of English language and culture?

But sadly, because the majority of Africans have not mastered the whiteman’s language (English for Zimbabweans), they are literally left behind by the educated elite who set aside the best training opportunities and jobs for the few who pass ‘O’-Level English language examinations.

Hey, there is a human rights angle to this issue: using language to discriminate against the majority!

Let us revisit that aspect later in this series of articles.

When the European colonialist left, after grudgingly surrendering political power to blacks, he had put in place self-perpetuating mechanisms that quietly, continuously and effectively purged and continue to purge African minds of their indigenous languages and cultural values.

These are foreign religions and Eurocentric bookish education.

In this article, let us first look at issues from a religious angle. The foreign religions alienate black souls from their legitimate indigenous spiritual roots, thereby creating spiritual vacuums that are exploited by marauding religious fortune seekers masquerading as missionaries, evangelists and prophets even up to date.

Daily, the African population is bombarded with anti-African religious propaganda aimed at alienating them from their physical tangible and intangible assets.

They have now been made to believe that Zimbabwe is a ‘white’ Christian country.

This way, the religious people justify the horrendous trampling on the religious and cultural values of the silent black majority who often have to do their African religious ceremonies under cover of night for fear of demonisation.

With little-or-no science education to anchor an understanding of ‘cause and effect’ in nature, thousands, if not millions, of Zimbabweans and other Africans are robbed of their hard-earned cash through fake promises of miracles (minana) where they are induced to part with hard earned foreign currency as ‘seed money’ to induce God to give them bigger amounts (makomborero).

The ease with which Africans are exploited, religiously, is partly a product of African inferiority complexes borne out of a long history of forceable enslavement, dispossession, intimidation and outright genocidal killings of unsuspecting innocent souls. Survival was based on surrendering, complying and even showing admiration for the white man’s humiliating acts.

But you would have thought that university graduates cannot fall victim to a transactional doctrine where ‘seed money’ is surrendered to a ‘man of God’ who, in turn (supposedly), tells God to do well for the person who has paid him seed money on a scale commensurate with the amount of seed money.

But they keep coming, surrendering their hard-earned money to the so-called ‘men of God’ in exchange for impossible ‘miracles’.

It must be the soporific effect of the religious teachings and the colonial education system which teaches compliance.

They say, only believe!

You do not question the ‘man of God’!

Other races in other lands have not suffered religious subjugation to the degree that Africa has.

The religious onslaught continues to date.

Zimbabwe’s new dispensation has introduced Education 5.0 which seeks to replace the largely theory-based Education 3.0 under which has evolved a sub-culture of seeking to acquire educational degrees and wealth through ‘minana’, miracles, as will be elaborated later below.

Let us first expose and reject the ‘minana’ or miracle doctrine because it is diametrically opposed to the spirit and letter of Education 5.0.

If we do not grow, process and export agricultural produce; manufacture industrial goods and export; mine, beneficiate and export value-added products from our gold, diamonds chrome and platinum, we cannot expect to earn ‘minana’, miracle, foreign currency.

At least Zimbabweans know that real tobacco must be grown the hard-sweating way from nursery through to curing, grading and marketing so as to export and earn foreign currency.

But Zimbabwe’s Education 3.0 system seems to provide opportunities for miracles or minana-based successes.

Or are they real?

Can you ‘buy’ university degrees and get appointed to high-paying jobs?

Can high school and university students pay for their assignments to be written by someone for a fee?

Can examination papers require students to memorise various chunks of academic gobble de gook in textbooks and revision notes with those with sharp memories getting ‘A’ grades even if they cannot fit an iron fuse?

Can candidates buy a ‘miracle’ pen and use it to write and pass examinations for which they have not studied!

The general sense is: Can one harvest where he/she did not sow purely by miracle or is it by hook and crook?

And what kind of economic development would come from an economy manned by such academic misfits?

Indeed it will be a bridge too far.

No miracles, but hard work, will get us there.

Running through all this is an element of not just laziness but also corruption!

Does Education 3.0 provide opportunities for corrupt practices to advance on the educational ladder?

How many CEOs with these fake MBAs and Doctorate degrees, acquired corruptly, are leading successful business empires?

Not if you have been paying smart young fellows to ‘google’ and write MBA assignments for you!

The company will sink, with the ‘highly educated’ but incompetent CEO being the heaviest useless baggage on board.

Welcome to an Education 3.0 graduate, where you can be a brilliant ‘A’ grade student without a single practical skill!

What do they give such students an ‘A’ for?

What can you do for Zimbabwe, the little ones will ask, when you arrive from university?

Draw a well-labelled diagram of the carbon or nitrogen cycle? Who can eat that?

How can we sell and make money from all that academic theory?

She is educated but cannot solve our problem!

What did s/he learn?

Oh gogo wants a ‘zumbu’ (chicken house), can you build that?

No idea, can we hire someone from the village!

“Muzukuru, tomatoes will be in great demand in the next two months,” says gogo.

“Can you grow some so you can make some money while you look for a ‘job’?

“There is plenty of water in the well!”

“Oh, we covered that chapter on horticulture in our course at college,” replies muzukuru.

“I can give you details but we never really did any practical work!

“I am not sure where to start!”

Now, there is your Education 3.0 graduate — dysfunctional!

The warning is that any education system like Zimbabwe’s Education 3.0, which is based on acquisition of bookish knowledge, is prone to fail the nation as it provides numerous opportunities for corrupt practices to acquire paper, not practical skill, qualifications.

We probably have thousands of these practically incompetent graduates looking for jobs.

The current educational transformation should eliminate theoretical learning devoid of a practical innovation and industrialisation dimension.

Zimbabwe is moving rapidly to implement Education 5.0 where we still teach, do research and outreach, topping it all up with innovation and industrialisation.

Graduates of the Education 5.0 are trained to be producers of goods and services, not just job seekers!

As they will say in two of our local languages: ‘Umsebenzi wezandla (Ndebele) or ‘Mubato wamavoko’ (Shona), meaning ‘performance of practical hands-on tasks’.

It all shows that our colonially-inherited Education 3.0 system does not produce innovative graduates.

It produces people who are processed to be good at following instructions, even following patently fake instructions like buying ‘blessed’ religious paraphernalia or surrendering so-called ‘seed money’ to fake prophets in exchange for a promise of future blessings (minana)!

As God ordained: We shall eat of our sweat, not miracles.

By teaching, doing research, outreach, innovation and industrialisation, we will attain an upper middle-income economy by 2030!