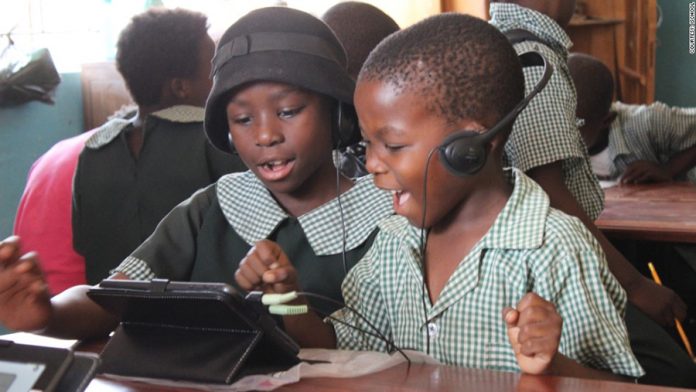 IN the next episodes of our discussion on heritage-based teaching and learning, we shall look at aspects of our African culture and traditions which must inform and underpin our educational content.

We shall highlight how our cultural norms and values have been down-trodden and virtually wiped out of all formal educational texts in preference for Eurocentric foreign content.

First we shall define culture simply as ‘our way of life’ ranging from our religious, social, medical and agricultural practices.

Our music, our entertainment, how we raise our children, our marriage customs, justice systems, inheritance practices, hunting practices, our history and other facets of our lives all together constitute our cultural heritage.

The imposition of Eurocentric educational content has perpetuated cultural imperialism.

When children from a young age are exposed to European cultural artifacts, reading materials, stories and nursery rhymes, they internalise them. Then they reject things African.

This is often seen among children of the more affluent who live in the formerly all-white suburbs. Using their assumed higher social standing they constitute the ‘nose’ brigade.

They look down on their cousins from Mbare. They acquire some negative social habits which are based on wrong perceptions about what it means to live in an ‘upper’ class ‘European’ environment.

The overall perception is that now they live like Europeans. And this is what they do, supposedly mimicking rich white people.

They do not do any physical work like household chores; girls do not sweep the floor or wash pots, pans and plates.

They sit in the lounge and ask the house servants to bring them water, drinks, food, anything they need.

They do not and eventually never learn to look after themselves.

They lack discipline because they are too full of themselves. They think they have a white ‘heritage’.

There is no Afro-centric heritage in the above behaviour.

Many misguided parents actually promote/encourage their children to behave this way, shielding them from real life twists and turns, failing to ‘harden’ their children!

Some parents will say I grew up doing hard work; I do not want my children to suffer as I did. But each of those children will have their own lives to live.

Where will they get the life skills to endure the hardships of life?

Even if the parents are ‘rich’, will the children be able to sustain whatever businesses and sources of income that the parents were commanding?

Let us look at the situation.

Hard-working parents who have ‘made it’ now live in a posh house through hard work with some having started back in the old African reserves.

If the children assume a false heritage where they do not develop a good work ethic, where and how will they earn a living?

Their parents will retire, die or the children will have to move out once they are adult. Will the parents be able to sustain lazy non-working adult children?

Will these ‘children’ be able to maintain the same lifestyle as that when they lived under their parents’ roof?

What heritage is the above? Not African, and I strongly suspect not even European either!

We are saying a false heritage-based lifestyle based on imitating or mimicking Europeans is likely to have dire consequences for the young as they graduate to be adults lacking discipline, with poor work ethics and no adult life skills.

There never will be a substitute for hard work to earn a living!

The question now is: Do white people (perceived to be rich) leave their children to lounge around and become lay-abouts relying on servants to do all basic chores for them?

I asked a few white parents. Most are very strict with their children, insisting on proper behaviour and hard work.

Many whites will insist that their children work to earn a living within their businesses or outside, even if they are well to do; it is training for life!

In our Zimbabwean educational context some parents and teachers appear to edify the foreign (European) content and re-inforce negative perceptions of all things African.

The spoiling of the children’s character happens quite early in life. Parents have no desire to keep their children on the African cultural platform, which they have been induced to despise through either education or the church.

It becomes fashionable for children to mimic white European language and even gestures.

Because the whole social environment at school is saturated with Europeanised images, children quickly lose touch with their African cultural base, which they gradually learn to despise.

Unfortunately neither the teachers nor the parents have sufficient command and or internalisation of European culture.

The children and teachers become mere imitators and eventually, like many Zimbabweans, laughable caricatures of European culture. That is the story of children of rich misguided parents!

Let us look at some examples.

The Zim dancehall genre of music is a typical example of young people trying to ‘play European’ but failing to go ‘up’ there and remaining suspended in no man’s land, so to speak.

The young innovative Africans give themselves and their music groups Europeanised names which on the face of it are meaningless! .

would be ‘inferior’ perhaps and not be attractive to fans!

Of course that is false! Many people enjoy music even where the lyrics are even in a foreign language!

So they sing in English to appear sophisticated (like Europeans).

Never mind that the older, less educated citizens may be unable to follow lyrics!

This is a positive move away from a Eurocentric mentality. The Zimdancehall music lyrics rendered in local languages are now easy to understand and they offer incisive commentary on social issues.

Terms like ‘zvechivanhu’, ‘zvechibhoyi’ or ‘zvana Museyamwa’ may sound innocent but they are loaded with negative connotations that say anything African is ‘backward’, ‘primitive’, ‘not worth emulating’.

Unfortunately they have become accepted and yet they permanently cast African culture as ‘inferior’. Such terms are not welcome in the heritage-based content for our education system.

The general mantra sweeping across the educational environment in Zimbabwe is ‘chava chirungu chino’.

This translates to: ‘European culture is now the in-thing’.

This is the origin of the negative self-image of most Africans, especially those with little or no formal education. Because the African can never turn to a white person, accepting inferiority dooms the black person to perpetual inferiority with devastating effects on self-image and capacity to stand up and seize initiatives.

A heritage-based education system must parade content that portrays the Africans as the persons in charge of their economic and social agendas.

This is where the innovation thrust comes in.

We do not teach Arithmetic, where pupils do addition and subtraction, multiplication and division.

We teach them to use mathematics to quantify their life experiences, to determine whether they are progressing.

The innovation in line with Education 5.0, is the provision of a context for the mathematical operations of multiplication and division where one seeks to generate some income by establishing an orange orchard and selling produce (goods).

Here is an innovative mathematical problem to a primary school pupil.

‘You grew 10 orange trees to obtain fruits for sale. If each tree yields 100 fruits, how many fruits will you have altogether?

The above is not a mathematical problem; it is a business operation which requires application of mathematical skills.

These are the kind of questions that teachers must set for their pupils. It is an innovation, something new! It is in line with Education 5.0.

But under Education 3.0, we can reduce that innovative mathematical problem to the following ‘dry’ sums to do; just numbers!

The above ‘sums’ are just numbers; they do not evoke any innovative ideas. There is no useful learning or stimulation of the pupil to think of doing something productive!

As the going says: If you think you can’t, then you won’t!

As Africans, we must not resign and accept negative labels that denigrate and reduce our self-confidence!

We are our own liberators!