IN this series of discussions, we are interrogating heritage-based teaching and learning which anchors Education 5.0.

Our heritage is our tangible and intangible asset.

These include, but are not limited to, the various dimensions of our environment; the physical, cultural and spiritual.

In this episode, we seek to highlight some of the deficiencies of the current Education 3.0 design as part of a strategy to build consensus on the need to adopt a new trajectory guided by Education 5.0 towards Vision 2030.

Given that the educated elite of Zimbabwe, including all individuals who have attained various levels of formal education, are the products of Education 3.0, the inertia to stick with the status quo is formidable.

The first point to make is that Education 3.0 has brought us where we are today.

We have thousands of school, college and university graduates seeking employment.

We have an economy inherited from our former colonisers that has limited capacity to create employment for young graduates from the schools and colleges.

We can cite economic sanctions imposed by our erstwhile colonisers, rampant corruption in the public and private sectors and even climate change ravaging agricultural productivity as compelling reasons for our lack of capacity to stimulate the economy to grow.

However, in the end solutions must come from calculated bold collective actions by Zimbabweans.

It has been speculated that the software that Education 3.0 has stuffed into our learners’ heads is deficient in appropriate skills and competencies.

There are no jobs because the colonisers who designed Education 3.0 to supply labour to their factories and enterprises, have since closed shop.

In fact, white colonialist business activity began to slow down as the intensity of the liberation war increased in the mid-1970s.

Post-independence deliberate sabotage through sanctions and other restrictive economic measures has wreaked havoc on Zimbabwe’s economy, resulting in most foreign-owned businesses folding up.

At independence, thousands more white business people closed shop and left, trekking to apartheid South Africa or overseas to other Anglo-Saxon colonies like Australia, New Zealand, Canada and the US.

In contrast, after independence, one of the businesses that expanded enormously was the education system, providing black children with thousands of opportunities to access schooling. The new black Government and virtually all Africans believed education was the key to success in life.

Budgetary support for education was increased and the country received many accolades for increasing education opportunities for blacks.

What the euphoric black Zimbabweans failed to appreciate, until nearly 40 years later, was that job opportunities were actually shrinking, even as schools and colleges enrolled and later graduated even more expectant graduates with few or no skills to generate jobs.

It is said education prepares the young to participate not only as workers but also as entrepreneurs and creators of employment.

Zimbabwe continued with the crafted colonial Education 3.0 that prepared Africans to service the whiteman’s economy.

The only problem is that the whiteman was no longer building factories and creating jobs for literate Africans.

He was packing his bags and dismantling the wheels of the economy that he had built.

The Economic Structural Adjustment Programme (ESAP) was rapidly sinking its teeth into Zimbabwe’s economic jugular vein, reducing the capacity of the remaining skeletal economy to absorb the ever-increasing number of school graduates.

The results were inevitable.

Unfortunately, most Zimbabweans had grown to believe that once they passed five ‘O’-Level subjects, including English, jobs were guaranteed.

And what jobs were these?

Readers will remember what teachers used to ask their pupils: When you grow up what job do you want to do?

The children’s chorus was loudest around three or four jobs.

I want to be a ‘policeman’.

Education 3.0 was perfect preparation for these kinds of jobs.

Today, because of television and the expansion of the medical facilities, you may hear some children also saying: ‘When I grow up, I want to be a ‘doctor’, an ‘engineer’ or a ‘pilot’!

These last three are technical jobs!

Historically, they were not designated for Africans and that is why science subjects, the so-called STEM, were poorly covered under Education 3.0.

For example, instead of studying Biology, Chemistry and Physics at secondary school, African schools offered General Science or Combined Science.

That is a direct consequence of Education 3.0, with its restricted offerings for practical science subjects.

Under colonial Education 3.0, there was no expectation that black children would train for technologically advanced jobs. The call, loudest under the new dispensation, for strengthening the teaching of Science, Technology, Engineering and Mathematics (STEM) is due to recognition by Zimbabwe that Education 3.0 is deficient in terms of preparing our students to become productive in such a way that they have capacity (skills, knowledge) to generate goods and services that can be marketed to earn income.

This is in contrast to learning to work for wages.

Formal education in Zimbabwe has become a paper chase, the struggle to acquire paper qualifications.

We shall come back to this typically Zimbabwean weakness; the diploma disease.

Zimbabweans and, indeed, all other Africans must wake up to the reality that this is our own Africa.

Let us stake our claim for our spaces by giving them typical African names.

Let us teach our children the truth about our own heroes and their great achievements.

Africans must stand tall and not appear to apologise for being here on our motherland.

What do you think graduates of the culturally and psychologically intimidating Education 3.0 system can achieve in terms of standing up and transforming Zimbabwe’s economy? We are here boldly uncovering the fatal weaknesses of our colonial Education 3.0 system in order to collectively pick the courage and conviction to act decisively to transform our education system and, subsequently, our economy.

Zimbabweans, we are our own liberators! 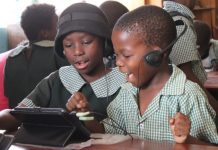