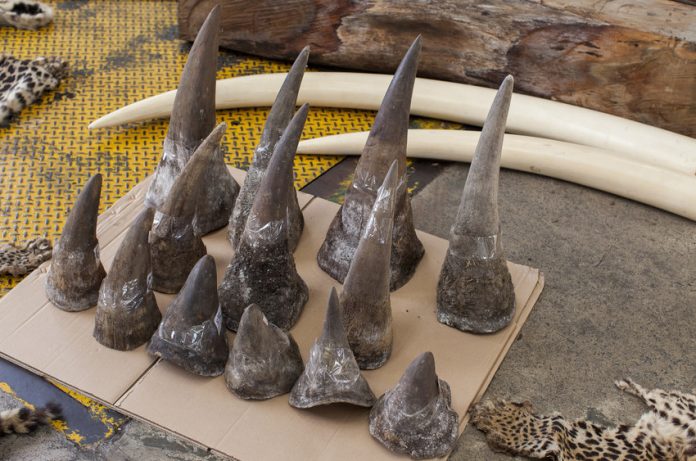 The seven took the unprecedented step of declaring their right to ignore CITES resolutions that restrict international trade in wild products.

The diplomatic term for this act of defiance is called a ‘reservation’.

The reservations of the seven SADC countries — Botswana, Eswatini, Namibia, South Africa, Tanzania, Zambia and Zimbabwe — generated a lot of excitement among rural communities and citizens of the Southern Africa’s wildlife-rich region.

It signaled a giant move towards a possible exit from CITES and the potential establishment of a much talked about regional ivory and rhino horn trading body.

The Geneva-based CITES Secretariat’s acceptance of the protest reservations removed any obstacles to the formation of a SADC ivory and rhino horn trading body and the quick identification of the markets to sell these products.

Now, about nine months later, SADC countries have sadly neither formed a regional ivory and rhino horn trading body nor identified markets in which to sell these products.

Why has nothing been done on something that CITES has accepted?

Creating a market for the products of endangered species was successfully done in South America in 1979, when Argentina, Bolivia, Chile, Peru and Ecuador signed the regional Convention for the Conservation and Management of the Vicuña, to trade in its fine and very expensive wool.

Before 1980, this animal of the camelid family was almost extinct due to overhunting and illegal trade in its wool.

But after the Andean natives started to sheer, rather than kill the animals for their hair and engage in legal trade, the species recovered across South America’s Andean region.

Given the value of rhino horn and ivory — and the importance of that value towards supporting conservation and development in the SADC region — where is the same sense of urgency today that CITES and its member-states exhibited about 45 years ago?

All some of the SADC Ministers of Environment interviewed this month would say is that intra and inter-country consultations on how best to implement a new trade policy continues. That is the same verbiage to describe the same no-decision that we have heard for years.

Are anti-wild trade Western countries threatening SADC countries with economic sanctions and a withholding of COVID-19 aid if they dare establish a rhino horn and ivory trading body?

Western countries are known to have threatened pro-trade SADC countries with sanctions, dating back to the early 1980s.

Perhaps the harmful and anti-trade NGOs are involved behind the scenes.

As SADC countries carry on their fight with CITES from within — a struggle they have been losing for the last 45 years in the face of the ever-growing strength and power of the animal rights groups — one of the most viable and available options has recently gained renewed attention.

The CITES treaty permits the non-commercial sale of endangered wildlife products such as rhino horn for personal use that ranges from medicinal to research purposes.

Meanwhile, the Los Angeles-based Ivory Education Institute (IEI) has offered to kick-start non-commercial rhino horn sales if there is an African country or consultant it can work with to manage the supply end.

“If we found an African Government, organisation or individual willing to act as a consistent supplier of horn or ivory, I could create a unit of the IEI to facilitate international sales for personal use,” said Godfrey Harris, executive director of the IEI.

“These sales, even if limited to nine-gram bags of rhino horn powder, could provide income to preserve the parks, elephant herds and rhinos in Southern Africa.

“At approximately US$80 for each nine-gram bag to buyers in China, Vietnam or elsewhere, the conservation fund would soon be knee deep in the money it needs to care for the animals and their habitat,” said Harris.

If whole horns were sold to collectors, that would add even more money for conservation purposes.

“Funds raised would then be used for wildlife conservation and also to pay for the high costs of large quantities of stockpiled rhino horn and ivory in Southern African countries,” said Dr Mtsambiwa.

Zimbabwe is facing an imminent shortage of funds to pay its rangers in the wake of the recent ban on tourists in light of COVID-19.

This has caused a drop in generating wildlife conservation revenue.

According to a report exclusively released by the Zimbabwe Parks and Wildlife Management Authority director-general Fulton Mangwanya this month, Zimbabwe is paying over US$180 000 annually for rhino horn and ivory storage and protection costs.

Therefore, observers think that if wildlife-rich SADC countries would start advertising online for the non-commercial sale of ivory and rhino horn, it would earn them much needed income for wildlife conservation.

“Nothing is stopping them from engaging in international non-commercial trade in rhino horn now,” said Harris.

However, the lifting of the ban was postponed for a year. The postponement should end in a few months.

Since 1977, CITES has banned commercial trade but non-commercial rhino horn trade was, and still is, allowed.

All that SADC countries need to do is appoint companies that can market their rhino horn.

“You have to market your product,” said a well-placed source who spoke on condition of anonymity.

“Wealthy individual collectors are buying the rhino horn and 300 were sold at very high prices, for non-commercial purposes in the UK over the past few years.”

While SADC countries can start non-commercial rhino horn trade immediately, the real big deal is for them to continue fighting for commercial trade in rhino horn, ivory, live rhinos, elephants and giraffes.

Unfortunately, China and Japan, with their big markets for such wildlife trade, didn’t join SADC countries to go on ‘reservations’ to protest CITES wild trade restrictions. This effectively means that SADC countries don’t have a ready market within CITES for commercial sales of their wildlife and products.

But it doesn’t mean that there are no markets in the world for these products.

Harris has noted that some non-CITES member-countries could also be engaged in possible trade talks for these products, namely North Korea, Andorra, Turkmenistan and Palestine.

He said the seven protesting SADC countries ought to consider engaging a consultant to explore which of the countries to engage in initial rhino horn and ivory trade talks.

In order to avoid the current COVID-19-induced postal blockade imposed by many countries, finding a US consultant to undertake this brief might be the most efficient way to go.

A US-based firm would be able to communicate with each of these countries through their UN missions in New York without restriction.

“We also need to keep engaging China and Japan to go on ‘reservation’ in the future for products of elephant, rhino and giraffe as well as special products, such as ivory and rhino horn, so that we can sell to them,” said a senior officer of Zambia’s Ministry of Environment who spoke on condition of anonymity.

“Future trade negotiations with China are possible, in view of the fact that its relations with the US Government have soured largely over COVID-19 pandemic and trade related issues.”

Elsewhere in the SADC region, Botswana’s Ministry of Environment, Natural Resources Conservation and Tourism said in a statement: “We are concerned about the increasingly onerous requirements that have been placed on Southern African countries who wish to trade and derive economic benefits from wildlife species that occur within our borders.”

Botswana said that it would continue to ‘vigorously engage CITES parties through all available channels and mechanisms to persuade them to abide by the original spirit and intent of the Convention and to protect her rights to engage in sustainable legal international wildlife trade’.

Meanwhile, Zimbabwe’ Minister of Environment, Climate and Hospitality Industry, Mangaliso Ndlovu, said: “The problem with CITES is that it is being influenced by the anti-trade animal rights groups.

“It has continuously disregarded calls for reform, so that key decisions are scientifically informed.

“Contrary to its original mandate to regulate trade, CITES continues to ban international trade in live wildlife and wildlife products such as ivory and rhino horn to the disadvantage of countries that have viable species and deserve to trade.”

Eswatini’s Big Game Parks CEO and Head of the National Wildlife Authority Ted Reilley, speaking on behalf of the King’s Office, said in a statement: “It is very difficult to see what benefit, if any, that Eswatini gets from CITES.

“If anything it is obstructive.

“On both Eswatini’s proposals for legalising trade in rhino horn, CITES opposed us.”

Speaking in protest of CITES’ unwarranted wild trade restrictions, in his capacity as SADC chair and on behalf of SADC countries at CITES COP18 in Geneva, Tanzania Ministry of Natural Resources and Tourism director of Wildlife, Dr Maurus Msuha said: “The time has come to seriously reconsider whether there are any meaningful benefits from our membership to CITES.” Observers say CITES has done very little for SADC countries.

SADC countries continue to raise concern that CITES has departed from its original mandate to regulate wild trade and has been hijacked by animal rights groups to stop any form of wild trade.

The lack of CITES membership benefits for SADC countries far outweigh the few benefits that remain.

“There is a difference between CITES technical assistance and CITES policies,” said Harris.

Therefore, CITES seems to be of very little benefit to wildlife-rich and pro-wildlife-trade SADC countries. Therefore, they should start acting in support of their own national interests.

Emmanuel Koro is a Johannesburg-based international award-winning journalist who has written extensively on environment and development issues in Africa for the past 26 years. 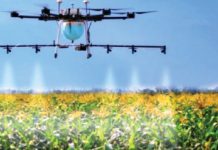 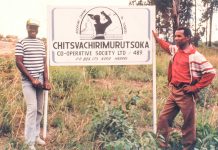 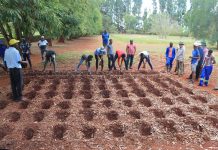