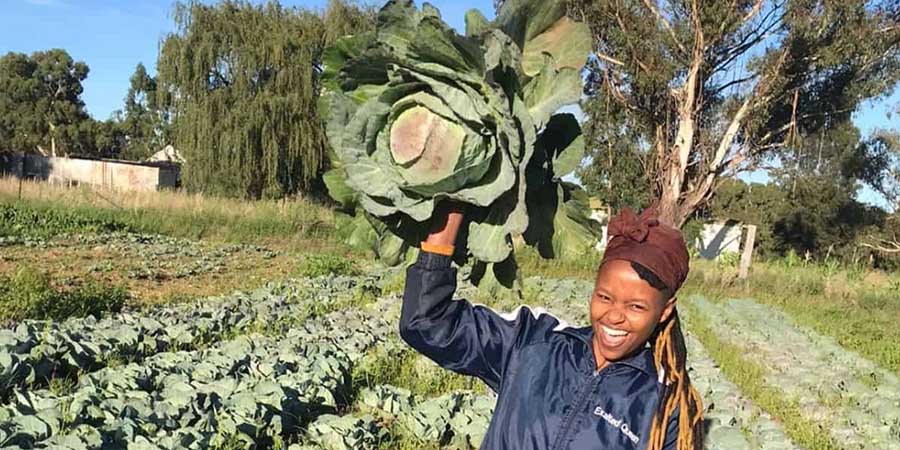 THE economic development mantra adopted by the Second Republic, of ‘building the nation brick-by-brick’, has resulted in a positive ripple effect as locals in various economic sectors have been challenged to play their part in rebuilding the economy.

Players in the agricultural sector, the bedrock of the economy, continue to significantly contribute to the Gross Domestic Product.

One such player who has been moved by calls from Government to works towards the economic turnaround is Kadoma-based horticulture farmer Valeria Marashe.

Upon completion of her Agronomy studies at the Midlands State University, Marashe did not seek formal employment but, instead, chose to create employment by venturing into horticulture production.

The fact that she did not own a farm did not deter her from pursuing her dream.

Marashe told The Patriot she had to start small before growing her farming projects.

“In the beginning, I took small steps. I started by utilising the space in the backyard of our house and I planted 1 000 tomato plants, watering them with a garden hosepipe,” she said.

“I was determined that nothing would stop me.

I reminded myself that vegetables require 30 days and on a small area of as little as 20 metres by 10 metres I could launch my project.”

Nine months down the line, Marashe has managed to find a small piece of land to rent, and is now producing carrots, green pepper, peas, green beans, okra, butternuts and water melons.

Marashe said she is happy her efforts are paying off.

“Not only am I proud that I have made a name for myself as a supplier of fresh farm produce in Kadoma,  I am also an employer with three families being sustained by my horticulture project,” she said.

“I have grown my project from a backyard tomato garden to a sizeable plot.”

The determination and drive in Marashe pushes her to greater heights and she sees herself branching into livestock production in the not so distant future.

“I am not stopping here as my efforts in the past have shown me that hardwork and passion pay,” she said.

“I intend to venture into livestock production and my dream is to become a large scale commercial horticulture and livestock producer. With time, I also want to explore the export market.”

Marashe said the journey in the farming industry has not been without challenges but these have not deterred her.

“One of the challenges we face is that we lack funding and that has been a major setback,” she said.

“Had I managed to secure credible funding, I am sure, over the past nine months I have been in farming, I could have done a lot.

“We also find that local market prices for horticulture products are sometimes low and efforts to export our produce are thwarted by the fact that the export requirements are beyond our reach as new players.”

At a time when her peers have been drawn to illicit ways of making money, including prostitution and selling drugs, Marashe said she believed in working hard to earn a living.

“Many tend to view farming as a poor man’s job but what they do not realise is that there is so much money to make in this particular industry,” said the 24-year-old farmer.

“Some people my age just want easy money but I have realised that I could take agriculture not only as a hobby but a business venture.”

Marashe, a member of the Coalition of Agricultural Graduates of Zimbabwe (GAGOZ) thanked the association for its continued support.

“The association has assisted in various ways to ensure that my farming venture is successful,” she said.

“There is need for the association to continue engaging more Agriculture students and educating them on the need to take farming seriously and to practice what they would have learnt from school.”

When the Land Reform and Resettlement Programme was initiated, local farmers were castigated for lacking the requisite skills and knowledge to sustain the agriculture industry.

Over the years, local farmers have gained knowledge and skills by practising agriculture on their resettled farms.

With more students, like Marashe, venturing into the sector after attaining requisite qualifications, massive growth in agriculture is guaranteed. 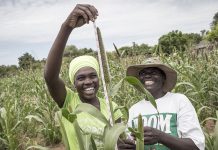