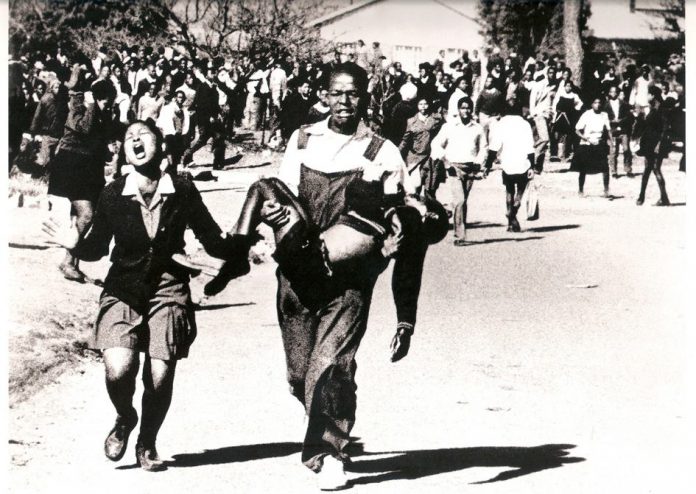 AS the African continent celebrated the Day of the African Child (DAC) on Tuesday (June 16) under the theme ‘Access to a Child-Friendly Justice System in Africa’, one couldn’t help draw parallels with how the black populace’s clamour for equality in the wake of the George Floyd ‘assassination’ is history repeating itself.

The Day of the African Child was inaugurated by the then Organisation of African Unity (OAU) as an annual event in 1991 in remembrance of the bravery of South African schoolchildren that were mercilessly massacred by apartheid forces on June 16, 1976 while protesting against a biased education system delivered in an alien language, Afrikaans, a language associated with oppression.

Now referred to as the Soweto Uprising, the series of protests involved an estimated 20 000 students who initially took to the streets of Soweto, a derelict settlement in Johannesburg, South Africa, resisting the introduction of Afrikaans as the medium of instruction in local schools.

The peaceful protesting students were met with brute force as police opened live fire on the unarmed minors.

A suspicious official death toll was pegged at 176 fatalities, though data collated by parents, schools and civic society organisations at the time indicated figures upwards of 700.

The students’ logic was understandable. Up until then, their education system had been conducted in English, and the students were already struggling as it was grasping the language, which inhibited them at times to master the content. In addition, the content was only meant to create an individual who could oil the apartheid machinery further.

Then, South Africa was under a system called apartheid, a blatant form of racism that overtly placed people in social classes based on their skin colour (race), and ranked caucasians of British and Dutch descent on the top of the pecking order, followed by Asians, then coloureds and Africans at the bottom.

It’s a public secret the apartheid regime openly practised racism, a factor that led to the armed struggle in South Africa, the same system has been adopted overtly even by the so-called ‘champions of democracy’ that recently witnessed waves of demonstrations following the ‘assassination’ of George Floyd, an unarmed blackman suffocated on camera by a sadistic white policeman in a case that would have been brushed off as just ‘another one bites the dust’ had it not have been caught on camera.

Similarly, the lens of Sam Nzima that captured the lifeless body of 13-year-old Hector Pieterson while being carried by Mbuyisa Makhubo, and Pieterson’s elder sister Antoinette Sithole in utter shock and disbelief helped the cause to topple the apartheid regime almost two decades later.

The photo has become the icon of the Soweto Uprising.

However, few have taken note of how the photo, which was published in The World on Wednesday, June 16, 1976, showed how just far the apartheid regime used the police to mete out unimaginable force to cover their tracks.

Nzima, the photographer who captured the gripping image, reports that following the publication of the photo and the attention it got, he became a target in the crosshairs of the police guns.

“Sam,” said a friend who called him. “Choose between your job and your life.”

The police had been given new orders: “Wherever you find Sam taking pictures, shoot at him, kill him. Then you come and fill the forms here that it was a stray bullet.”

Of course, Nzima quit his job and fled with his life, but the police eventually caught up with him three months later and put him under house arrest.

One can tell that the script followed in South Africa back in 1976 seems to be the same one still being followed in the US, where police brutality is targeted at the Afro-Americans.

Journalists that have captured the police crossing the line have also not been spared.

It’s not hard to deduce that Africa’s journey to uhuru (freedom) has been straddled by ominous obstacles.

Despite being regarded as the Cradle of Mankind, people of African descent have been fighting battles on many fronts to be treated as human beings, and what happened south of the Limpopo is just a thread in a fabric of black oppression, segregation and suppression which has been witnessed across the world.

Over the past month, the news hogging the limelight have been the peaceful protests staged by Black Lives Matter protesters who were appalled by the murder of George Floyd.

The protests have only turned violent when police provoked the protesters by firing teargas, rubber bullets, tasing as well as other unconventional methods pretty much in the same fashion that South African authorities sprayed live bullets on hapless students.

Floyd’s murder happened in broad daylight in full glare of cameras, onlookers, and the authorities seemed unperturbed initially until the videos went viral, leading to the sacking and subsequent arraigning before the courts of the perpetrators following a backlash from civic organisations representing black interests.

The protesters are only asking for justice. And today, the African child is not asking for the moon.

All she wants is a child-friendly justice system.

It is only fair that she be given justice.

In addition, the African child’s call is representative of the calls of the blackman.

No one has stood up claiming responsibility for the atrocities committed in Africa.

From slavery, colonisation, apartheid, you name it; all are blatant crimes against humanity.

To remove the bitterness, an apology would be in order.

Not just a piece of paper.

When the English adage: “The pen is mightier than the sword,” was coined, it was obviously not in reference to an ordinary pen.

But for us, the pen is synonymous with signing away with our birthright, our freedom, our resources, and our dignity.

That’s because it was the stroke of a pen that signalled the Scramble for Africa.

Never mind that the Africans were the original inhabitants of the land.

Their ancestors’ umbilical cords are buried in the land, a cord that represents a connection with the Mother Continent, which is why Africans refer to it as thus.

In the eyes of the colonial regime, all this did not matter. What mattered was the stroke of the pen and some ink on a piece of paper written in the name of the Queen, and of course who doesn’t know that the only ‘important’ and ‘all-powerful’ queen was the Queen of England.

Atrocities have been carried out for centuries in the name of the Queen of England.

But her image is unblemished.

She is the epitome of class.

A class system which puts the British at the top of the pecking order, followed by all the races of the world in whatever order, and only at the bottom will you find the African.

However, the African child refuses to be relegated to the bottom.

For the African continent has proved its mettle.

In fact, we don’t need to prove ourselves to anyone!

Our brilliance is known. Perhaps that’s why we continue to be persecuted. 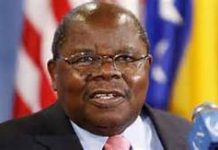 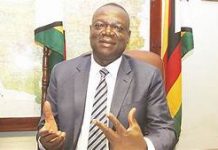