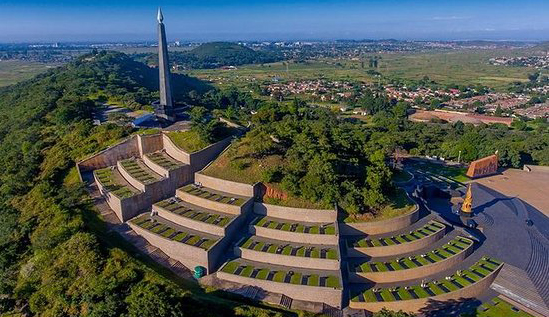 THERE was shock and disappointment when the media did not build up to Heroes Day.

Vainly, they looked for favourite singers such as  Comrade Chinx and others who normally herald the advent of Heroes Day.

They looked vainly for the usual interviews about this defining moment in our history.

At the end of the news bulletin, there was an epitaph: ‘Pane Asipo’ by Simon Chimbetu.

There was nothing to raise the spirits about this very momentous day — heroes’ hearts sank.

Heroes Day this year was on August 8, the anniversary of the formation of ZANU.

This was the 59th anniversary of the formation of ZANU, the critical moment in our history in which the founding fathers of Zimbabwe decided the only way to end British imperialism was by taking up arms.

It was shocking that the media totally had nothing on the 59th anniversary of the formation of ZANU.

Where would we be without ZANU; the answer is obvious!

People need to be reminded of what is so important, so crucial to our history, to the freedom of Zimbabwe, that after the armed robbery of our land by the British, our people fought the heroic First Chimurenga but had to take a strategic retreat in the face of genocide. They still came to that radical decision 65 years later; that resumption of Chimurenga was ripe and was the only way to dislodge the British imperialists.

“So, we built up our national organisations; African National Congress in the early 1950s.

It was banned and the leaders arrested and detained.

We set up the National Democratic Party.

It too was banned and the leaders arrested and detained.

Some of them are still there today as I am speaking!

They have been 10 years in jail without trial.

And others have been released and taken back again because they would never give up the struggle.

We created another one, the Zimbabwe African People’s Union. Within a year, that too was banned.

It became clear to some of us really, the road to independence via constitutional discussion and agreement was not open.Many sustained psychological and physical scars, still disabling their lives today, precipitating untimely deaths.

Our children need to be schooled in this, to understand how we were able to free ourselves from the British through armed struggle. This is the decision ZANU PF took 59 years ago.

Who shall sing eulogies to ZANU PF, who shall congratulate ZANU PF and the founding fathers of the nation for this defining, epic moment in our history.

So we fought, so we defeated, so we won, why won’t we celebrate?

So questions still rain: Is it ZANU PF has forgotten its history, its origins?

Does it not remember how important it is to honour and preserve its heroic history?

Has it forgotten that the young need to be educated correctly so that the revolution continues?

If it has so forgotten, what then is the future when the country is permanently under antagonistic siege from the West?

ZBC-TV did not inform the nation about the formation of ZANU PF, its significance: Did they forget this heroic, epic moment in our history?

Defence Forces Day this year fell on  August 9, which makes it even more momentous.

August 9 is Nyadzonia Day, that fateful day on which at least 2 000 men, women and children were brutally murdered by Rhodesia’s Selous Scouts. They were murdered in cold blood; they were unarmed, totally defenceless.

Yet again the media was silent about the greatest heroic moment, Nyadzonia!

Can we afford to forget about Nyadzonia?

The late Comrade Alexander Gora Kanengoni was at Nyadzonia hours after the massacre, he reminds us:

“We might no longer have any flowers left, but let us spare a moment and pause..

At Nyadzonia, on that day in 1976, it took us over a week to bury the nearly 2 000 people who died in the Rhodesian massacre.

… we were confronted with an endless sea of dead bodies stretching in all directions.

There were corpses everywhere.

There were corpses of young men and women.

And the corpses had all sorts of mutilations; decapitated heads, shattered jaws, crushed or missing limbs, disembowelled entrails, scattered brains, gouged eyes, everything.

The highest concentration of the corpses was around the open space they used for their morning assembly, the parade.

We would later learn from the survivors that the Rhodesians had come with their faces painted black and with camouflage, weapons and vehicles similar to those used by FRELIMO, the Mozambican army.

That was how the 15 000 or so refugees at Nyadzonia had mistaken them for FRELIMO.

And so when one of the Rhodesians stood on the pedestal at the centre of the square and blew the emergency whistle, everyone had stampeded to the square, anxious for any good news.

And with everyone around the pedestal still gasping for breath, Morrison Nyathi, a recently defected guerilla commander, gave the orders to shoot.

And as we walked away from the horrible place, I was afraid to turn back and see a thousand or more sobbing shadows, following us, refusing to be left behind and be forgotten.

The shadows are still sobbing at Nyadzonia.”

Is this what we can afford to forget?

The liberation struggle is the genesis of the Zimbabwe Defence Forces.

Without the heroic sacrifices of the liberation forces, there would be no ZDF.

How then can we forget Nyadzonia at all, even when it falls on the same day as we celebrate the Nation’s Defence Forces?

This year’s Heroes and Defence days were supercharged moments in our history but we let them go without maximising the opportunities to draw the nation’s force together, to rally the sons and daughters of Zimbabwe even more closely — what a lost opportunity!

We are shocked and saddened by these catastrophic omissions, and are disturbed to watch the legacy slipping away only 42 years after independence,

Who shall sing the song of Zimbabwe if not us?