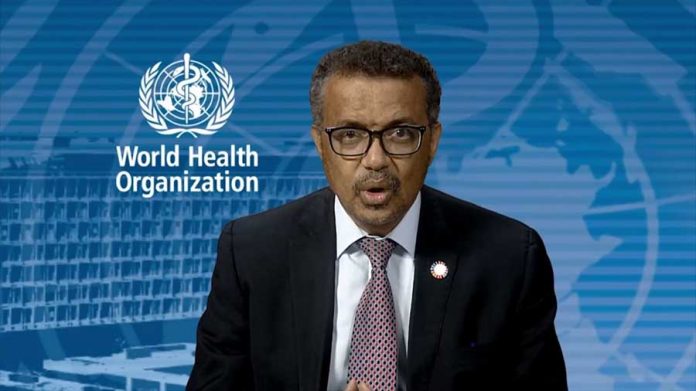 BREATHLESS patients frantically gasping for air, hospitalised individuals desperately clutching at the threads of life, fear and depression packaged in the hearts of many because of COVID-19!

Such has been the tale of the world ever since January 2020.

The news everywhere speak of doom and gloom. A lot has been written about the signs and symptoms of the virus but one can never be prepared for its effects.

Death can knock at one’s door when they least expect it. Entire households have been wiped out in some instances. We hear of one variant after another, their names have been personalised according to their country of origin.

It has been a battle of vaccines against variants while the end appears to be a dream turned nightmare.

The World Health Organisation has identified variants of concern that include those from India, Britain, South Africa and Brazil; just a few days ago, authorities in Vietnam reported they had discovered a new variant thought to be a hybrid of the Indian and UK strains following a rise of infections in the country.

Many nations have reported surges of infections, with some confirming they are now in the throes of the Third Wave.

With neighbouring South Africans finding themselves at the beginning of Third Wave, it then becomes a question of when Zimbabwe will be hit by the same.

South Africa moved to Level Two lockdown following a surge in COVID-19 infections in the past weeks.

The country’s National Coronavirus Command Council found they had no choice but to impose the restrictions earlier in order to mitigate the increase in infections.

The number of COVID-19 tests that were turning up positive had doubled in May, from around four percent to 11 percent.

According to health officials, a positivity rate of over five percent is a cause of concern.

Gauteng Province, the Northern Cape and the North West recorded high numbers of infections, raising fears that the wave would soon engulf all other parts of the country.

Zimbabwe was not spared in the Second Wave, with the nation recording a high rate of infections and deaths.

At one point, almost everyone was grieving over a beloved one, friend or colleague who lost their lives to the deadly disease.

We all vowed at that time to follow all health protocols religiously, without slackening. But a few months later, the streets tell a different story.

Distressing levels of complacency are being exhibited as many have started to ignore COVID-19 protocols.

The wearing of masks is slowly coming to a premature end while social distancing and hand-washing appear to be a thing of the past in our new way of life.

We have not been living diligently as expected during these trying times and the outcome can only be an upward spike in infection rates in the country.

Human behaviour, at this time, determines what becomes of us next.

The chief co-ordinator of the National Response to the COVID-19 Pandemic in the Office of the President and Cabinet, Dr Agnes Mahomva, warned the public against complacency as it is “…what led to a Second Wave.”

A cluster of cases was detected in Masvingo, with a teacher’s college recording 94 cases. Kwekwe was last week placed under an on-going two-week lockdown in order to contain the B.1.617.2 variant of concern from India that was detected in the town. The COVID-19 virus has been undergoing frequent mutations that pose a global threat.

A health physician said she believed the country was well on its way to a Third Wave.

“It is inevitable,” she said.

“The behaviour pattern in the country says it all! After everything that has been experienced during the pandemic, it is very bewildering to find people have to be harnessed like little children for them to follow simple COVID- 19 prevention measures in order to save their lives.

“One can contract the virus for a second or even a third time, though l cannot comment on whether it will be more severe or better. If your antibody protection wears out, that’s it.”

According to the WHO Director-General, Dr Tedros Adhanom Ghebreyesus, the world remains in a dangerous situation: “More cases have been reported this year than the whole of 2020. No country should assume it is out of the woods, no matter its vaccination rate. The pandemic is not over until and unless transmission is under control in every last country.”

As individuals who want to avoid this imminent storm, personal decisions should be made for us to protect ourselves:

It is a question of life or death.