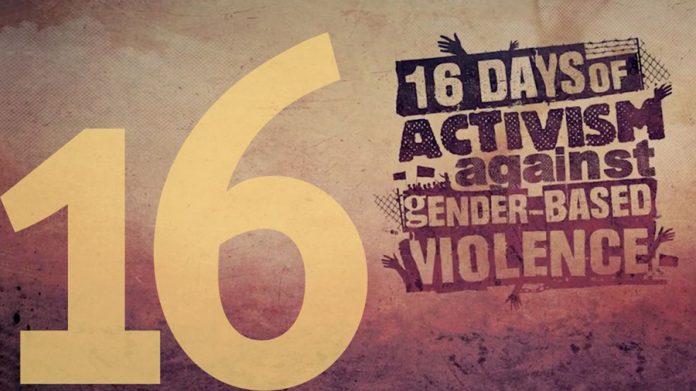 SCARCITY of food in homes is one of the major causes of gender-based violence, said women who attended a workshop recently hosted by  Sprout Women Empowerment Trust (SWET) in Chitungwiza.

Organised to commemorate 16 Days of Activism against Gender Based Violence, the workshop opened a platform for peri-urban women to discuss and reveal some of the issues they think are causing gender-based violence.

This year’s global theme for the 16 Days of Activism against Gender Based Violence is: ‘Orange the World: Fund, Respond, Prevent, Collect’.

Women in attendance at the workshop said the issue of food shortages is creating many disputes in homes that usually end in violence.

Speaking on the sidelines of the workshop, one woman from St Marys said it is difficult to maintain happiness in the home where there is little or no food to feed the family.

“It is always frustrating to cope with food shortages in the household, especially if you have children to feed and the man of the house is bringing so little for the family,” she said.

While other women pointed out that they are going out of their way to help out in bringing food  to the  table, the economic challenges in the country have  left a number of families unable to properly feed  themselves.

A number of factors are also contributing to food insecurity not only in Zimbabwe, but in the region.

One cannot talk about food insecurity in Africa without mentioning the impact of climate change in agriculture-based economies, like Zimbabwe.

This has resulted in a number of countries relying more on food imports, thereby increasing the import bill and causing prices of basic goods to fluctuate.

COVID-19 has also proved to be a big threat to food security in Africa.

During the workshop, some women concurred that due to COVID-19 restrictions, their husbands lost jobs while others have not been able to fully operate on their day-to-day small businesses.

Restrictions such as lockdowns, curfews, border management and closure have worsened the risk of food insecurity for countries and low-income households that rely more on the informal sector.

As a result of such COVID-19-induced crisis, cases of domestic violence in the country are on the rise.

According to a report by UN Office for the Co-ordination of Humanitarian Affairs (OCHA) on Zimbabwe, the national GBV hotline (Musasa) has recorded a total of 5 306 GBV calls from the beginning of the lockdown on March 30 until October 7 2020.

Service providers, reads the report,  have reported an increase on the GBV cases against adolescent girls, as well as exposure to increased negative copying mechanisms such as child marriages as one of the indirect consequences of the economic hardship and household income reduction.

Director and founder of SWET Caroline Mutimbanyoka said there is need not only for dialogue but action in ensuring that problems associated with GBV are reduced.

“We have realised that all talk without action will not do away with GBV, especially in the urban and peri-urban areas where one needs money to buy every food item.

“After the workshop, we did something as SWET. We managed to plant vegetables and cabbages to ensure that women, especially those without space, can benefit and have creative ways to grow vegetables so that they can feed their families,” said Mutimbanyoka.

Some of the creative ways that SWET introduced were to educate women on ways to grow vegetables in recycled plastic containers.

Our hope, said Mutimbanyoka, is to continue to impact  the lives of  women and girls, taking into consideration Sustainable Development Goal 1 and 2 (SDG)  which say ‘No to poverty , End hunger , Achieve food security and Improve nutrition as well as  Promote  sustainable agriculture.

Some of the issues that were also highlighted at the workshop were problems emanating from water shortages in a number of urban areas in the country.

It was revealed that women are becoming victims of GBV not only in their homes but, sadly, at water points where they are subjected to sexual violence as a result of desperation to obtain water.

The scourge of GBV in the world has resulted in dedication of annual 16 days that run from November 25 to December 10 for the campaign against GBV.

It is during this period that civic organisations, law enforcement agencies and the Government come together to discuss, educate and offer solutions to end GBV.

In her remarks on the commemoration of the 16 days, Women’s Affairs, Community, Small and Medium Enterprise Development Minister Sithembiso Nyoni said Zimbabwe is geared for the campaign where a number of activities are lined up.

Among the activities, said Minister Nyoni, are  high level dialogues within the Parliamentary Committee of Women Affairs and another one with religious leaders which will be hosted by the Ministry.