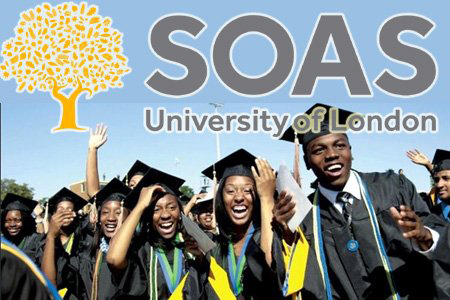 WHEN Africans got politically independent, their first port of call was supposed to revisit their history, correct, rewrite it and reconnect as one people.

Sadly, the founding fathers did not fully realise the aspiration of oneness.

The CIA and various Western organisations ensured that Africans do not unite.

And this resulted in a fractured continent, badly labelled, Francophone, Anglophone and Lusophone.

Our history ridiculously begins in 1884 when the continent was dismembered by colonialists.

And this is the history that continues to be taught.

Fifty-four countries, on one continent, not interested in their common origin!

The miseducation of Africans wrought by colonialism has been a boon to those who benefit immensely from a disjointed people like us.

It appears our people have been reluctant to revisit and recorrect their history for fear of being labelled ‘reverse racists’.

This miseducation curse has resulted in the young and old of the continent risking their lives, going to nations where they are treated as sub-humans.

Sadly, there are those among us fuelling the miseducation because they are benefitting from the New World Order that wants the status quo; where Africans are nothing.

These people exonerate the white race from the atrocities committed against indigenes, the rightful owners of the land.

They promote the history that says; we are all visitors to the African continent, which is a blatant lie.

By sending our children to be educated in their lands, we have not served ourselves well.

Well, some might say they had to do so to glean or learn from them for us to be developed.

However, 64 years on, has Africa really benefitted from its interaction with the West?

The current exodus of black Africans from their land of birth to lands where they are despised shows all is not well in Africa.

Miseducated people don’t want to learn from the past, yet without that past there is no present or future.

And we are everyday taught that the past does not matter.

Let’s look at the current African-American situation in the US.

Four hundred years on, they are not treated as human beings.

What is meant by the words  ‘Black Lives Matter’?

If the white American race has failed, and is still failing, to acknowledge the African-American as a human being after 400 years, how do you think they see the black African?

More than 60 years on, we still have a curriculum that is still miseducating a whole continent.

What excuse do black African academics and intellectuals have?

This miseducation curse is like a noose that is getting tighter around black Africans’ necks.

They are passing on the self-hate virus unto these innocent souls.

This is worsened by the Sunday school blue-eyed, wavy haired, straight nosed and pale-skinned Jesus looking at these innocent souls.

The message is very simple and clear; everything about you is not perfect.

To be perfect you must be like this man you see in the picture.

Blend the two and you have a child who is physically and spiritually empty, growing into an adult who will have no true knowledge of self.

Our salvation, we are being taught daily, lies in the West.

The white race, our former slave masters and colonisers, are the ones who will save us; really!

Many of our academics and intellectuals do not correct this miseducation curriculum for fear of being blacklisted and not get invites to deliver papers at Western universities.

On the religious side, theological academics and intellectuals are also afraid of pointing out lies spewed by early missionaries because if they do, they will not set foot in the West ever, they will only preach in Africa.

A situation which is not palatable to them as congregates’ tithes are best spent abroad.

Since the ancestors of the white race set their eyes on Africa, the land of Ham, they saw how cursed they were (whites) and how blessed we (blacks) were.

From that time to date, their mission was to take by force everything we have.

They tried but failed and are now using subtle ways, miseducation.

Sixty-four years after the independence of Ghana, African unity, in the truest sense of the word, is yet to be achieved.

We are still dreaming and dancing to the beat, ‘Africa unite’.

On the other side of the Atlantic, African-Americans are still shouting, ‘I have a dream!’

Nthungo YaAfrika, aka J.L. Mtembo, is a Hamite who strongly believes in the motherland renaissance. For views and comments, email: josephmt@gmail.com 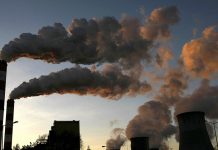