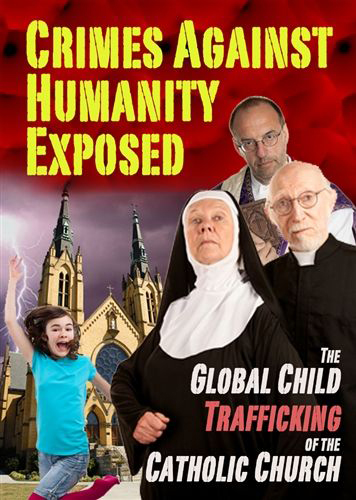 ON one side is the Catholic Church and on the other is Chimoio.

I will turn towards Chimoio where so many gave up everything for love, where children got pistol shots to the forehead and amputees were ambushed and massacred by Rhodesians.

Chimoio is where the sick were burned alive helpless in their barracks for the sake of each Zimbabwean.

I was baptised in the Catholic Church.

Both my parents were Catholic and they ensured that I went through all the rites.

For example, Chisimbiso (confirmation) where you receive the seven gifts of the Spirit:  ‘Fear of the Lord’, ‘Wisdom’, ‘Understanding’, ‘Counsel’, ‘Fortitude’, ‘Knowledge’, ‘Piety’.

I was consecrated in the Legion of Mary where primarily we were taught that as girls, we had to stay pure until marriage.

At the heart of Catholic and indeed all Christian teaching is that Jesus Christ gave up his life for all mankind to restore all to God the Father, that God is love and that the greatest love is to give up your life for another, thus those who give up their lives for others are God’s greatest friends.

Everything made sense, everything was honourable and noble. Each time Mass was said we were celebrating Christ’s sacrifice for others, for love.

I went to a Catholic Mission School for both primary and secondary education.

The first major disturbance in my relationship with the Catholic establishment occurred towards the end of my ‘O’-Levels, when the sisters approached me to say they thought I had a vocation to become a nun.

I felt it was an affront.

If I had a vocation I would approach them of my own volition.

I did not take up the invitation.

Some of my classmates did take up the invitation, but most of them, if not all, left within just a few years of joining the sisterhood.

I have nothing against sisterhood in the Catholic Church, but it was not my choice, and my ensconcement with God should not have been interfered with.

My second major disturbance with the Catholic establishment was when after my O’-Levels, the sisters (nuns) wanted to control my life and force me to do T2 A, a teacher training course tailored for F2 students under Ian Smith’s F1, F2 system, which was meant to dichotomise intellectual learning and practical/productive learning.

I declined and left for Botswana for further education.

They were sisters or religious authorities, but my life was my own, and decisions about my destiny were entirely mine.

I never felt I owed the sisters anything.

They had played a role in my education and I appreciated that, but by life was my own.

I was not answerable to them.

By the time I began my university studies in Botswana in 1975, the liberation struggle had reached my home area.

I still managed to go home for holidays and during those years, an African Catholic priest, who was a friend of the family would visit us and sit and discuss with me throughout the night about the liberation struggle.

He would tell me that the comrades were fulfilling Christ’s teaching that: ‘There is no greater love than to lay your life for another’.

He would say don’t be misled by that hair which no-one has time to comb, there burns in their hearts (the comrades) such great love.

I found this deeply meaningful but at this point I had never thought of joining the liberation struggle.

It was two-or-three years later when Cde Chademana from the ZANU External Office visited us at the Botswana Campus of the University of Botswana and Swaziland in the aftermath of the Chimoio attack and told us what had happened at Chimoio that I decided to become a ‘comrade’.

In particular, it was the massacre of children that touched me.

I realised that anyone who can be that brutal understands no other language but that of the gun.

Did the priest influence me to join the liberation struggle?

Not at all, I would have gone to the struggle anyway.

Growing up, my parents had been heavily involved in the political affairs of our country.

In the 1960s my parents particularly my mother (whom I have given the Chimurenga name ‘Cde Mother’ were always in and out of detention.

The night before ZANU was banned, my parents and neighbours were in a closed door meeting for hours, if not all night as I recall.

They told us children to go outside and sing all night, otherwise our country would be taken.

It was not just my siblings but our neighbours as well, and we sang: “Kana manyongora akajoina Dipondi, ZANU inotonga chete iwe.”

I don’t remember if we slept at all that night.

The following day a low flying aircraft flew over our home and surrounding areas dropping leaflets announcing the banning of ZANU.

So our family was Catholic but the destiny of Zimbabwe was ours, the Catholics did not come into it.

We never considered for a moment that anyone could have a say in our destiny.

The issue was quite straightforward, we were the owners of Zimbabwe.

As for the priest, he did not contradict what he taught, that God is love and the greatest love is to lay your life for another.

Had he attacked the struggle and attempted to dissuade from joining the comrades, I would have wrestled with him, and in the end, I would have still joined the liberation struggle.

Coming back from the liberation war, I still ensconced with the Catholic Church but I would not be involved in its internal activities because I needed my independence.

I would attend Mass because it was deeply meaningful to me, but I did not partake in much else.

Gradually the other side of the Catholic Church revealed itself. Adultery mostly among the priests, massive embezzlement of Church funds to look after their concubines and other illicit secret lives were most shocking.

Scandal after scandal rocking the Catholic Church the world over and the most hurting was homosexuality involving the abuse of children (little boys).

Such betrayal of trust of such innocents, is unforgivable. 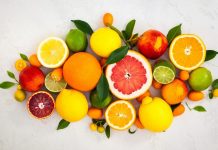 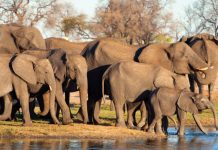 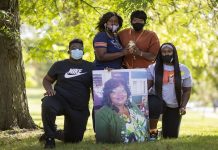