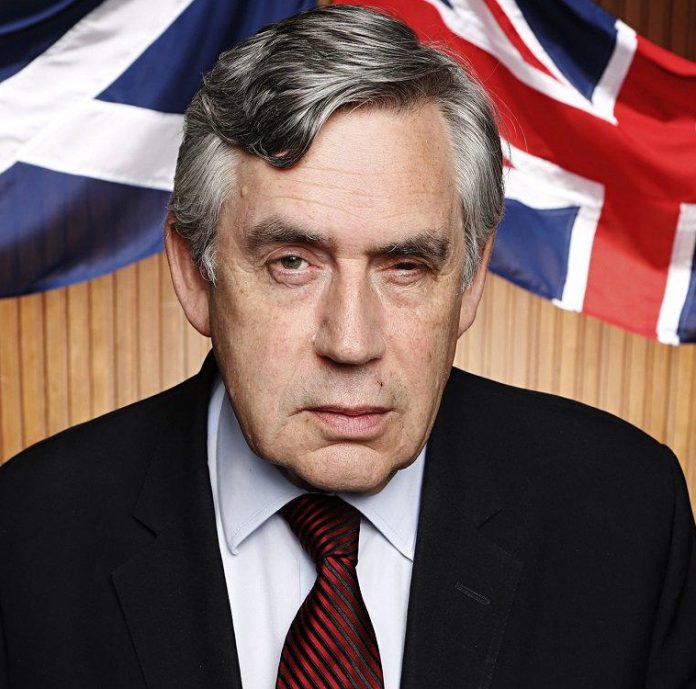 THE gazetting of the Private Voluntary Organisations Amendment Bill last week is a stern statement of intent by Government that it will no longer tolerate the activities of NGOs that have been behaving like vigilante groups through their brazen endorsement of the opposition MDC and Western countries’ illegal regime change agenda in the country.

Since the ill-fated formation of the MDC on September 11 1999, Western countries have been stampeding to fund the opposition party anarchy using NGOs as conduits, in the process creating a wedge between the people and Government.

Since then, Harare has been under the cosh, reeling from open interference by Westerners who are fronted by NGOs acting as political commissars and spokespersons of the MDC.

Some of these NGOs have either openly endorsed the MDC or have seconded dubious characters for parliamentary and council elections in exchange for funding mainly drawn from countries like the US, Britain and the Netherlands.

That is set to come to an end as Government seeks to play its part in combating terrorism through passing the Bill into law in the next coming few weeks.

The Bill seeks to, among other things, comply with the Financial Action Taskforce (FATF) recommendations to Zimbabwe to curb money laundering and to ensure that PVOs do not involve themselves in political lobbying.

NGOs that fund or support certain political parties will face jail for violating the Constitution.

“FATF is an Intergovernmental organisation founded in 1989 on the initiative of the G7 countries. Its main objective is to develop policies to combat money laundering and Zimbabwe is a member,” reads in part the Bill’s Memorandum.

“Each member-country is assessed periodically for compliance with the policies and legislation on money laundering and financing of terrorism. Countries are assessed on two major criteria which are technical compliance and effectiveness. Technical compliance is concerned with deficiencies related to the country’s anti money laundering and financing of terrorism legislation while effectiveness is concerned with deficiencies which highlight practical implementation challenges.

This Bill seeks to comply with recommendations under technical compliance raised under Zimbabwe’s Mutual Evaluation Report.

As a result of the said deficiencies, Zimbabwe was placed under a monitoring programme in October 2018 by FATF in order to ensure the country aligns its laws on private voluntary organisation to recommendation 8 whose objective is to ensure that non-profit organisations are not misused by terrorist organisations whether as a way for such terrorist organisations to pose as legitimate entities; or to exploit legitimate entities as conduits for terrorist financing, including for the purpose of escaping asset freezing measures; or to conceal or obscure the clandestine diversion of funds intended for legitimate purposes, but diverted for terrorist purposes, as such, there is need to have clear laws that set out a framework that allows to prevent any potential abuse in key sectors.”

Crucially, the Bill arises from the disturbing fact that some NGOs have, in the past, abandoned their mandate and taken part in political activities that have been detrimental to the masses’ collective aspirations as well as being a threat to the country’s security.

We go back to 2000 when, barely a year after the formation of the MDC, the British government would found and fund a number of NGOs which included Amani Trust (now Counseling Services Unit) which received slush funds from the British Embassy in Harare.

Amani Trust was well-established before the formation of the MDC, having been accused by the Government of Zimbabwe of fanning ethnic tensions in Matabeleland from as far back as 1998.

The outfit funded a major chunk of the Catholic Commission for Justice and Peace (CCJP)’s Breaking the Silence, Building True Peace: A Report on the Disturbances in Matabeleland and the Midlands 1980-88 which claimed that over 20 000 people were killed during the disturbances.

Fitting the bill of what needed to be done by Western countries, there was little surprise that Amani Trust was among the first ‘beneficiaries’ of regime change funding.

Indeed, they did not take long to live up to their billing as a malicious NGO as they ‘cooked’ evidence and brought to court what they said were witnesses in the MDC’s 2002 election petition.

Not to be outdone was ZimRights which was formed in 1993 under the tutelage of Sir Garfield Todd.

They published yet another exaggerated report which they titled The Matabeleland Crisis.

All this was a build-up to the activities they would undertake on behalf of their Western handlers.

What is not surprising is that the MDC would go to great lengths to dispute the fact they have been receiving funds from the West via the NGOs.

It is a hot potato, one that

will inevitably vanquish them when the PVOs Amendment Bill is passed into law, as it surely will.

A key element of the Bill is that it prohibits soliciting for financing for political parties in breach of the Political Parties Financing Act.

We have been down that road before when the British openly announced increased funding for the MDC ahead of the March 29 2008 harmonised elections.

Having performed dismally in the 2005 elections, following the infamous October 12 2005 Senate elections, the British came to the rescue of their embattled party, the MDC, in 2008 with former Prime Minister Gordon Brown sourcing and providing funding for the MDC.

“As Zimbabweans went to the polls on March 29, fresh in their memories was the extraordinary brazenness in interfering in the internal affairs of Zimbabwe by the West, particularly Britain,” reads in part an article published in this publication on February 4 2016 titled: ‘Who says elections can only be fair if observed by the West?’

The article goes on:

“This was because former British Prime Minister Gordon Brown had personally written and signed a letter to the Vice-President of British Law Society,one Holroyd on February 4 2008.

The letter sought to respond to a plea for British funding of the opposition in Zimbabwe following serious lobbying by the MDC-affiliated Law Society of Zimbabwe to its equivalent, the British Law Society.

In Brown’s response, the British Government confirmed what was already known to most Zimbabweans; that it was funding the opposition.

What was worse, its funding was increased from Pound Sterling 2,5 million to Pound Sterling 3,3 million, hoping the combined opposition would win the March 29 2008 elections.

This massive funding of the opposition through slash funds was clearly meant to destabilise Zimbabwe and challenge its sovereignty.

Brown’s Labour government, which was already in breach of that law at home, did not hesitate to export its lawlessness to Zimbabwe.”

Uncle Sam was not to be left out in the reckless spending on Zimbabwe.

Below is an article that we published on January 29 2015 which highlighted the extent to which they were prepared to go in effecting illegal regime change in the country:

“In its State Department Report, ‘Supporting Human Rights and Democracy: The US Record 2006’, released in Washington DC on April 5 2007, the US proudly admitted to subverting the late former President Robert Mugabe’s Government, and to supporting the opposition (MDC).

“To further strengthen pro-democracy elements, the US Government continues to support the efforts of the political opposition, the media and civil society to create and defend democratic space and to support persons who criticise the Government (of President Mugabe).”

The report itemised the followingUS subversion:

This is confirmed by former MDC spokesperson Obert Gutu in an article published by The Herald on October 21 2020 titled: ‘MDC got more than US$10 million to defend Western interests’.

“No less than US$10 million was channelled to MDC over the years to push this regime change agenda that, inter alia, took the form of so-called targeted sanctions.”

But the tragedy was that the money was being put into unsafe hands.

In 2015, USAID launched a full scale investigation into the conduct of leaders of NGOs who had looted a staggering US$850 million for regime change activities.

We are yet to be furnished with the findings of that embarrassing probe but who can blame the civil society for helping themselves to free and cheap money from their handlers?

Meanwhile, the country continues to strengthen democracy and it is our fervent hope that the PVOs’ Bill will be passed into law as soon as possible to whip errant NGOs.