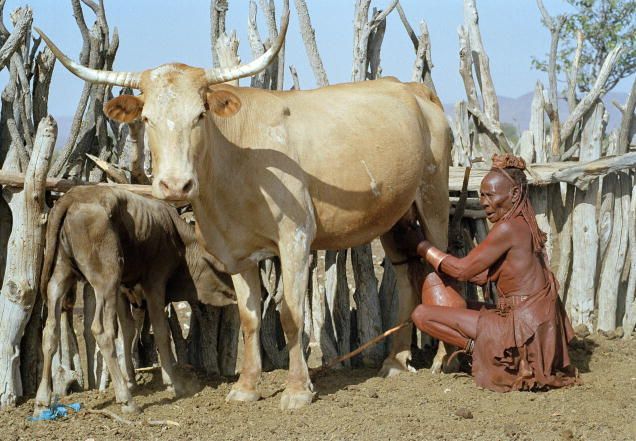 A PIG is defined as any artiodactyl mammal of the African and Euro-Asian family suidae.

The domestic pig – sus scirofa typically has a long head with a movable snout, thick bristle-covered skin and weighs over 54,5kg on the average, to nearly 70- 80kg under intensive feeding programmes.

In Zimbabwe, pigs account for over 29 percent of the local meat market, a percentage that has risen from eight percent in 1987, to 29 percent in 2019; due to erratic beef production and shortages over the decades and the increase of indigenous pork producers, following the land reform of 2000.

Southern African Livestock researchers have touted that the percentages are likely to increase, not only because of the beef shortages and the rising cost of red meat, but also due to the fact that pigs are twice as efficient in producing meat protein without damaging grazing land or requiring the large spaces for pastures and the technological support that is required to rear cattle.

According to 1985 records, shortly after Independence, Zimbabwe had 95 000 pigs in the commercial farming areas, primarily held by about 200, mainly white producers. Slaughterings at that time, ran at between 10 000–12 000 a month, for the consumption of the local population, supplied by Colcom Foods.  By 1987, according to statistics for that year, indigenous communal farmers owned 80 000 pigs.

The main commercial pig breeds bred in Zimbabwe are the Large White breed and the Lardrace that have been bred and adapted in this country specifically for the local and export bacon trade.

Over the last three decades, baconer production has been developed to the extent that by the mid-1980s, Zimbabwe was producing world-first grade pork products; gaining first grade prices on the international baconer market.

Commercial pig producers, at that time, had been mandated to produce carcasses weighing up from 55.5-72kg maximum dead mass, suitable for bacon conformation and back fat thickness required for a variety of pork products.

Due to rising input costs in the late 1980s, the Zimbabwean Pig  industry began to move away from the specialised porker and baconer production towards the production of the Heavy Hog breed, or what is commonly known as the general purpose pig, that requires less specialised dietary needs and weighs a profitable 72.5-100kg, dead mass, under normal feeding regimes, thereby reducing the costs of breeding, maintenance and veterinary supplements that in turn lowered the cost of average market kilogram of pork to meet the affordability of consumers and lower the cost of pork production for the pig farmers.

For most Zimbabwean pig farmers, pig feed and veterinary supplements represents about 80 percent of the cost of pig production.

Pig feed and veterinary nutritional supplements are compounded or mixed to specific protein and energy levels for the breeding of different classes of pigs.  Traditionally in Zimbabwe, the commercial feeds for pigs largely comprised maize waste by-products, maize meal and soya bean meal.

Investigation and experiments carried out by stockfeed producers in Zimbabwe in the mid-1980s, yielded alternative energy sources for pig rearing such as sorghum meal, cassava meal and cassava roots as well as sweet potatoes, green vegetable and pumpkin waste that provided nutritional solutions for Zimbabwean pig producers.

The pig industry in Zimbabwe was historically serviced by the Pig Industry Board (PIB), which was financed from the commercial farmers pig producer levies and PIB farm profits.

Originally, the Pig Industry Board (PIB), assisted pig farmers in research programmes and acted as a national advisory service centre for pig production.

Pig rearing training programmes in the late 19980s, were conducted at various levels of proficiency to benefit both, the small-scale producers and larger unit commercial producers.  At that time in history, about 85 percent of all pigs produced in Zimbabwe were marketed through Colcom – a pig producer cooperative that produced a wide range of pork products.  These included ham, bacon, gammon, rashers, pigs fry/dripping, polonies, sausages, salami, bacon rind and chitterlings, pork pies, haslet and the infamous pig trotters – mazondo – the traditional Zimbabwean male’s delicacy!

In time, several other commercial pork meat processors such as Oscar’s meat and Garfunkel’s meats came on board to augment the pork market of Zimbabwe.

Interestingly, only 20,5 percent of pig meat consumption in Zimbabwe is in the form of fresh meat; the remainder of 79,5 percent of pork products are processed as sausages, various types of polonies, cured bacon, canned meats, hams and cold cooked meats and fats.

In Zimbabwe religious differences, Biblical references and sectorial beliefs have discouraged some sects of society from the consumption and association with pig meat. Some say pigs were used in Biblical times to remove evil curses.

Is this why pigs are considered unclean?  If not, then why?

From a veterinary’s point of view, pig farmers need to be aware of the various ailments and diseases that are endemic to pigs.

Potential pig farmers must also be aware of zoonotic pig diseases that may affect humans as well as other livestock such as chickens, ducks and guineafowl.

The domestic pig – sus scirofa are prolific breeders requiring little maintenance and constitute an important source of protein for humans. On the world market pig products account for one quarter of the global meat and protein supply thus making pork a bankable export product despite cultural and religious reservations some people may have about pigs.

Asia, Africa and Europe reman the largest markets for pig products worldwide.  In Zimbabwe, indigenous livestock farmers can increase their livelihoods by venturing into pig rearing for domestic and export markets. This in turn will prompt a significant improvement in Zimbabwe’s food security and revive and develop an erstwhile robust, diversified national agro-livestock industry.

Given that pigs are prolific, low-cost breeders, indigenous Zimbabwean farmers can bank on pigs.

Dr Tony M Monda is currently researching Agronomy, Farming and Veterinary epidemiology in Zimbabwe.  He is a writer, lecturer and a specialist Post-Colonial Scholar, Zimbabwean Socio-Economic analyst and researcher. He holds a PhD. in Art Theory and Philosophy and a DBA (Doctorate in Business Administration) Post-Colonial Heritage Studies. E-mail tonym.MONDA@gmail.com