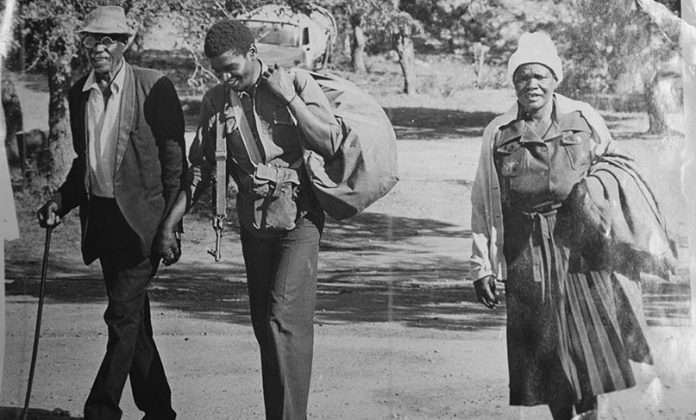 TODAY we dedicate this article to celebrate the lives to two greatest patriots, the guerilla medical practitioner Retired Brigadier General  Comrade Dr  Muchemwa who left us on June 13 2016 at 71 and the legend of Chesa, Comrade Obert Mandizadza Gwerevende, who also joined our finest sons and daughters of the soil on June 13 2019 at 82.

We continue with our rebuttal of the Newsday insinuation that the accreditation of veterans of our liberation struggle is a ZANU PF election gimmick and the war veterans are being paid to vote.

You insinuate that the accreditation of war veterans of the liberation struggle is a ZANU PF ploy to win votes in the 2023 elections.

It is not surprising because you operate from the capitalist ideological axis whose prime concern is: ‘What is in it for me?’.

You cannot operate outside this prison but that is you, not the war veterans.

When they left for the struggle, they never asked: ‘What is in it for me?’

When Cde Josia Magama Tongogara told his elder brother he was leaving for the struggle, the brother reminded him of the might of the whiteman warning him the freedom fighters would never win this war and he was not likely to see independence.

Young Josiah replied: “If I die in battle, those who remain will complete the struggle and see independence.”

But we knew death was the most likely possibility and were prepared to give up our lives for this great gracious country.

The level at which you are operating is so vastly different from that of the liberation forces, you will never understand them; to you it is not possible to give up so much other than for personal gain.

So they fought for others, they sacrificed for others and more than a hundred thousand of them were never accredited as veterans of the liberation war until this March but they fought no-one but worked quietly behind the scenes to correct the anomaly: Kune nzira dzamasoja dzokuzvibata nadzo….

Veterans of the armed struggle are no mercenaries.

Mercenaries will not wait a day to claim their bounty: usually the payment would already be in their bank accounts before they leave on missions in which they could die.

The freedom fighters waited for 42 years before they could be accredited and assisted because they calibrate at a level way beyond and above the self.

There could have been turmoil and disturbance had the war veterans chosen to use force but they would not have that because it would disturb the country they so love and had fought  for. When you fight for something and you achieve, you do not then turn against that which you fought for, opening it to attack by the very same enemy.

So you follow your erratic, erroneous logic that war veterans will vote for ZANU PF because they are ‘paid’?

If ZANU PF is the force that represents and fights for what they gave up everything for, they will vote for it regardless.

Remember! It was never about the self but for others and if ZANU PF represents the route that took them to the struggle, that is the ultimate which matters to the freedom fighters.

But this is the force which has achieved probably what no-one else ever achieved or will ever achieve for Zimbabwe; that notwithstanding your claim is ‘vakazungaira’ either; they are too dumb to perceive that they are being used by ZANU PF or they are so cheap they are

agreeable to being used; they cannot

see anything wrong with that; their

moral and ethical values, if they have any at all are agreeable with that.

You would make it seem that war veterans were just bundled off to the struggle as hapless youths to be used as cannon fodder to usher ZANU PF into power and the discarded remnants will only ask: ‘How high’ when they see a penny?

What you conveniently ‘forget ‘ is that veterans of the war of liberation have nothing to lose but the chains that constrict Zimbabwe and the masses — they cannot be bought or sold.

They routed Rhodesian/British and their European and American ensconcements. British intelligence was involved in our war of liberation, so was Western intelligence, but what happened?

Wakambooneiko shura rakaitwa December 11 1978!  Rhodesia and their Western cohorts were caught napping and Smith’s fuel depot was blown up vakavata.

They did not see it coming.

Nineteen and eighteen-year-old  ZANLA combatants  brought them to their knees.

So young, so simple I was surprised when I interviewed them in Maputo soon after the bombing … and yet so intelligent, the greatest military strategists you would want to challenge ‘Western might’.

Where were the British, American and European intelligence then?

Do you know what happened at Mapai, at Mavhonde?

A few reminders will suffice.

At Mapai, on September 1 1979, in a bid to forestall the outcome of the Lancaster House talks which were due to start in nine days, the Rhodesians,  with massive material and personnel assistance from South Africa, raided Mapai, a strategic link for Rhodesia and South Africa.

This is a summary of the force that was marshalled for the capture of Mapai (September 1-7). Rtd General Chiwenga, Zimbabwe’s Vice-President, whose Chimurenga name was Dominic Chinenge, commanded ZANLA in the battle for Mapai and, with the aid of FRELIMO, drove off the South African and Rhodesian forces with more than 50 dead and without being able to recover the bodies of their dead.

The Rhodesians and South Africans did not succeed in strengthening their hand at Lancaster, instead they proved to themselves it was no longer possible to defeat ZANLA on the battle field.

“At Mavhonde on October 2 1979, the story is the same. The Rhodesian attempt to strengthen their bargaining power at Lancaster ended up in a catastrophic fiasco. Comrade Rex Nhongo, ZANLA’s Chief of Operations routed the invaders from the Mavonde ZANLA HQ Base only 20 kilometres from the Rhodesian border. The Rhodesian aerial  bombardment of  Mavonde  was as at Mapai. Meanwhile, assaulting the base with Eland armoured cars mounted with 90mm guns, UNIMOG armoured cars mounted with 14,5 mm and 12,7mm heavy machine guns, the ground force was supported by a battery of 25-pounder guns. The Rhodesians were armed to the teeth. The 6 000 strong ZANLA army was heavily armed with AK rifles,  RPD light machine guns, rocket launchers such as RPG rocket launchers,  HMGs and 82 mm mortars.  The ensuing battle was fierce. It lasted 4 days. ZANLA still triumphed. One of the Selous Scouts explained their trauma in fighting the formidable ZANLA force at Mavonde:  ‘We knew then we would never beat them. They had so much equipment and there were so many of them. They would just keep coming with more and more” (Muchemwa:2015).

This is the calibre of the comrades, the freedom fighters who liberated this great land with so much courage, bravery and sacrifice, and the greatest military prowess. They are not some dumb stooges hassled off to the struggle under some false pretexts ( as you would have us believe), but are intelligent young men and women who willingly sacrificed their lives and waged a war the West will never forget.

There is a major problem if you think you can sell, to patriots, the notion that comrades are some belligerent malcontents who have no recourse but to arm twist ZANU PF for pennies.

The carrot and stick mentality is capitalistic and not synonimous with freedom fighters.