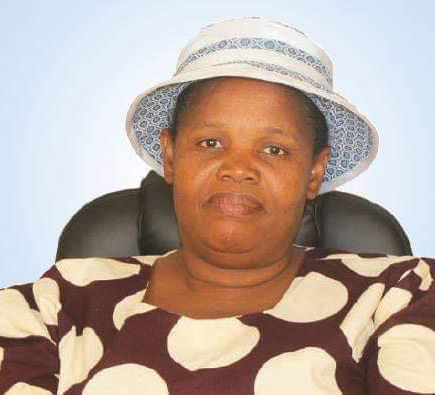 By Emmanuel Koro in

AFTER months of passionate appeals to the British government to discontinue its plans to introduce the Trophy Hunting Imports Ban Bill,  the protest voice of a Botswana chieftainess, who represents a wildlife-rich community, together with those of SADC hunting communities have at last been heeded.

The David versus Goliath debate for and against trophy hunting imports ban ended this week when ‘Goliath’ – the British government’s decision-makers, scrapped the Trophy Hunting Imports Ban Bill that was due for another reading in Parliament on Friday this week.

“Government sources said it (the Bill) had been scrapped, and that manifesto commitments, including the trophy hunting import ban, would no longer take place in this Parliament,” said The Guardian.

had again fired another warning shot; adding to the many powerful arguments for hunting that she has continued to make over the last two years, warning the British government and the international community to discontinue any actions to restrict or ban international hunting.

“Therefore, we are still urging the international community to listen to the plight of the communities living with the wild animals as they have better knowledge of how to conserve their wildlife than any other person outside Africa.”

One of the strongest arguments that Chieftainess Banika had continued to make since learning about the British government’s move to impose the Trophy Hunting Imports Ban Bill was that ‘if they continue to ignore the importance of international hunting to wildlife conservation and socio-economic development in Africa, then they should be blamed for contributing to  human starvation as well as wildlife and habitat conservation crisis in African hunting communities, such as the Chobe District’s Paleka Community’.

Incidentally, the war in Ukraine has already put the spotlight on Western superpowers’ worldwide record for treating people from different continents equally when addressing humanitarian issues at different levels, including how international hunting bans compromise human welfare on the African continent.

The Western animal rights groups fundraising industry is behind the continued lobby for the ban on international hunting in Africa, threatening wildlife conservation and the socio-economic wellbeing of African hunting communities, such as those in the wildlife-rich Chobe District of Botswana.

Meanwhile, Chieftainess Banika who couldn’t keep quiet as international hunting benefits to her community, together with other African hunting communities, were going to be severely impacted by the British government’s Trophy Hunting Imports Ban Bill broke into celebration this week, upon learning that the British government decision makers had scrapped the Bill.

“Hallelujah, we are so happy that my community, along with other African hunting communities, will continue to directly benefit from co-existence with wildlife through international hunting,” she said.

“From international hunting proceeds at least we can continue conserving wildlife and its habitat and also create employment.

Chieftainess Banika’s Paleka hunting community this year alone earned over US$500 000 from wildlife that will be hunted starting the first week of April 2022.

Apart from being used to conserve wildlife and its habitat, revenue from international hunting also creates employment for local people who get hired as game rangers.

“As I speak, the selection process has been concluded and those who succeeded have been sent to Maun for training in hotel and catering, professional hunting license, bookkeeping and accounts, among others. Our main target is to train and empower the youth with the relevant knowledge so that they automatically become the owners of the fauna and flora species and therefore get motivated to conserve wildlife and its habitat.”

The Paleka hunting community’s continued efforts to invest in wildlife conservation include the recently advertised posts for escort guides.

“In terms of wildlife and habitat conservation, operators in the wildlife areas commit to a number of projects, amongst them the provision of water for wildlife,” said Theophilus.

“The operators also do anti-poaching work in the areas they are operating, thereby benefitting the resource.”

The vice-chairman of the elephant over-populated Chobe District-based, Chobe Enclave Conservation Trust (CECT), Nchungu Nchungu, said CECT has used international hunting revenue to establish other businesses such as Linyanti and Ngoma Lodges, in order to diversify benefits from international hunting.

“We used international hunting revenue to buy eight tractors for ploughing and for collecting firewood for the local communities,” said Nchungu.

“We also used international hunting revenue to establish two general dealer shops in Mabele and Parakarungu villages and a milling plant in Parakarungu.

“Right now we are working on creating a business plan so that we know where to lean on (fall back on) in case there is a future international hunting ban.”

He said that local communities understand that revenue from hunting helps to alleviate poverty and promote wildlife and habitat conservation.

“They understand that wildlife can be tolerated despite human-wildlife-conflict because living with and benefitting these wild animals also helps put something on the table,” said Nchungu.

“Wildlife can make them earn a better living.

“Fifteen elephants are among other wildlife to be hunted in 2022.”

At the November 2021 Kasane African Wildlife Consultative Forum, Botswana hunting communities took the lead in calling for the removal of the international hunting middlemen, in order to create win-win hunting benefits.

The Botswana government said it supports this initiative.

Among other things, the CBNRM Act would ensure that local hunting communities enjoy equitable benefits from international hunting.

Meanwhile, steps are already being taken towards empowering the representatives of local hunting communities with the knowledge of how hunting is marketed internationally.

“A meeting to report back on their findings to all trusts is planned for May 2022.”