THE children from the struggle maintained their discipline.

They maintained their revolutionary consciousness.

When at Chindunduma High School, after the passing of their revolutionary head, who had been their senior commander and school head at Matenje, Comrade Machokoto, the Ministry of Education and Culture assigned them a head who fought each revolutionary precept they had nurtured and protected during the struggle, they resisted.

This was after independence.

When he persisted, the children boycotted classes and threatened to beat him up.

The impasse only ended after the Ministry seconded to the school a head from a sister school from the struggle, Rusunguko High School. The arrival of Comrade George Matiza restored peace at Chindunduma.

This is who they were.

The Party had been correct in keeping these students together, to protect something special.

They had willingly accepted hardship, they had built their school with their own hands, what they could not tolerate however, was to be disturbed on their own revolutionary path by political malcontents, counter-revolutionaries, such civil servants who had no wish to see the cause of the struggle succeed.

Who would not want a project where school children grow their own food, make their own window frames, their own doors, enough for building their school and to sell to the neighbouring community, who except a counter-revolutionary, one still committed to the cause of Rhodesia, to West European imperialism.

With the demise of schools from the struggle, the monster the parties ZANU and ZAPU had tried to stop from entrenching itself in the land has reared its ugly head, with catastrophic results.

Today we have millions of youths who are loitering with no purpose, no means of survival, some have become ruffians, others are given to all sorts of crimes, to drugs, in the cities young men and women flood the streets, they are everywhere accosting passer byes with batches of Zimbabwe dollars ‘change money’,  ‘tibatsirane’ they accost you.

Education with Production was resisted with the vicious arsenal of capitalism and its agents and this is where we are today.

But because it was a correct strategy, and it succeeded, those who never wanted Zimbabwe to be free and to prosper destroyed the project.

But it is not the founding fathers who lost, it is us today who are swimming in the mire in which nothing works, nothing.

Nothing works when you have millions of hands that are not meaningfully productive but will still have families, families which will still need sustenance.

It is a prescription for destitution, a destiny that is not warranted in a land that has so much human and material potential.

Had the revolutionary spirit from the struggle been protected and cultivated in each classroom as the founding fathers of the land had intended from the onset, no youth of the land would boast that from a street corner they can determine the trading of the local currency, that they have the power to bring the country to its knees unless someone talks to them and their masters, the very ones (masters) we fought and defeated 41 years ago.

Something happened on the way to Heaven and we lost our youths and now such traitorous statements are so normal for those who were destined to be heirs of Zimbabwe, but are no more so.

No nation has ever developed with millions of youths who have nothing meaningful to do, who have no means to sustain themselves let alone the nation. Youths who look to illicit, dangerous activities as a source of survival. Neither can our nation develop this way.

The education we persist with is a dead end road. Each year it adds thousands on to the millions of youths with no future, who feel the grey cloud of hopelessness ever more closely shrouding them with each passing day.

What needs to done in this moment is to organise these youths, these young men and women into production brigades, train them in specific production skills, and set them to task producing what the nation needs.

If we can spend millions importing food, surely we can fund local production by these brigades.

This foreign currency can be redirected to buy machinery for production and to sustain these youths until their productive activities can sustain them.

This way they too can lead meaningful lives, dignified lives commensurate with being  Zimbabwean.

For how long can we as a nation watch them milling around aimlessly, purposelessly? Is it necessary? To live like this is anguish!

Why do we spent millions in foreign currency importing food when we have millions with hands and mind, of sound mind and body who can produce food.

All this human power can be marshalled to produce what the nation needs.

Children from the struggle at Chindunduma made stoves in their metal work classes and sold them to the neighbouring resettlement area, where many mothers in the communal areas would be willing to part with a reasonable amount to purchase a simple affordable stove.

In the cities and in the rural areas people are building homes everyday, they would only be too grateful to buy window frames, door frames, doors that are affordable. These production brigades can meet these needs and earn a decent living, and walk proudly as Zimbabweans must.

They can grow millions if not billions tonnes of maize, of litres of milk, of cabbages, onions, tomatoes, chickens, grow fish and feed the nation.

How can we ever justify importing chickens from Brazil or anywhere at all? What is it that Zimbabwe does not have for us to sink rock bottom to this extent?

We can do it with roadrunners, goats, guinea fowls, pursue these noble endeavours instead of roaming the streets, machinating and praying for the fall of the Zimbabwe dollar as the gateway to success.

One prayer Musikavanhu will not understand is for us of Zimbabwe to cry we are hungry or naked. He gave us a rich land, sound minds and bodies, and minerals everyone in the world is after.

There is no excuse for want in this great land of Nehanda.

The streets are flooded with homeless jobless youths; when this happens something has gone terribly wrong, capitalism has won, it is in control. We are now in deep trouble and capitalism is at peace. 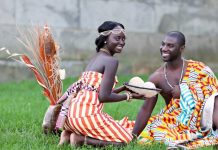 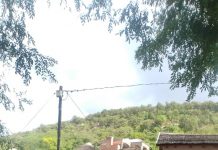 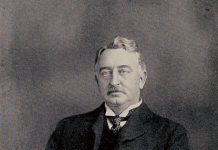