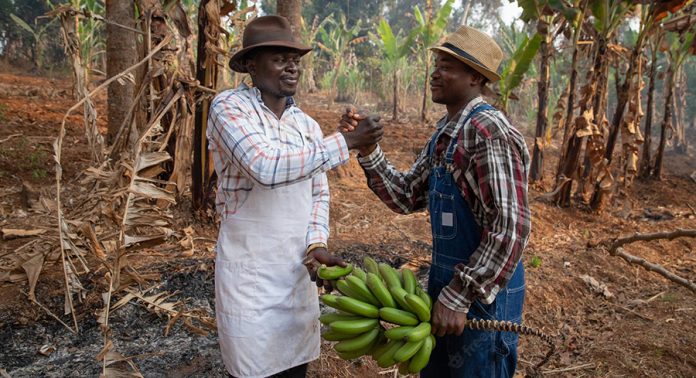 WHAT does it mean to be an African without the values, attitudes, and feelings of unhu/ubuntu.

Is this what makes one an African?

Is this how we tell an African from other races?

All these are enjoyable aspects of African life, but the core of the African being is in the unhu/ubuntu, in the attitudes, values and feelings which make munhu/umuntu.

On a certain day, in this very country of ours, I had the privilege of being treated to African personhood at its best.

We left Gweru late in the day, around 3 pm, by the time we got to Chaka Growth Point, it was getting dark.

I had to get a connecting kombi into the Chirumhanzu area where I had to attend a funeral the following day.

The kombi drivers professed to know the homestead I was visiting.

Still I was uneasy as we left Chaka Growth Point and my premonition was correct.

We had barely driven 20 minutes when the conductor told me it was too late for them to follow the route that would take me to the village but they would take a shorter route since it was only me who needed to go that far, they would drop me at the next bus stop.

I quickly suppressed my shock; there is never need to argue with kombi drivers or conductors. I concentrated my energy on surviving in that moment, in that strange place.

I had to survive somehow.

Various people on the kombi tried to offer me ‘advice’ but I shut them out. if they had wanted to do the correct thing, they should have insisted the kombi driver follow the original route instead of leaving me stranded by the roadside.

I was dropped off.

In the glimmer of night light, I could dimly make out a field to my right.

I decided to turn right and walk through the field; fields are usually not far from homeseads I surmised.

Being a field, the ground was not even. It had recently been winter-ploughed following the harvest (kushanyura ) as this was August. It therefore was not easy to walk through, especially because it was dark.

Mercifully I had just walked for about five minutes when dogs barked at me and a male voice challenged: ‘Ndiani?’

I could dimly make out the figure of a man and at least two dogs outside a house.

She led me to the kitchen where she sat me by the fireside with her.

Ndakaombera and then I told my story.

All this time she was beating together the pieces of firewood in the fire place to try and resurrect a fire. She succeeded.

“These girls never listen to what I say, every day I tell them never to leave the ‘mugoti’ unwashed overnight. You never know who might stop by in the middle of the night and you will need a clean ‘mugoti’ to cook sadza.”

She quickly washed the ‘mugoti’ while some water was heating up on the fire.

In the shortest time, she was cooking sadza which was soon ready.

She then took a piece of meat from some hanging over the fireplace and quickly roasted it on the hot coals.

In moments it was ready and she invited me to eat.

She had welcomed me as a family member, with a right to be warmly welcomed at any hour of the night and cooked me a meal just like that.

Our people don’t ask: ‘Have you eaten? Should I cook something for you?’

To which you would surely answer ‘no’ because the hour would too unholy.

They don’t say: ‘Sorry, we have already eaten’.

You are bona fide, you come home, you are entitled to a meal, you are welcomed with a meal.

They never make you feel it is an inconvenience because, to them, it is a genuine pleasure to welcome and treat a guest. Rather they expect such situations and are always ready to care for the stranger who stumbles through their door in the middle of the night as their own.

This is the epitome of civilisation. Civilisation is not having technology of all kinds; it means refinement of spirit, the ability to value each person as yourself regardless of whether he/she is related to you or not, regardless of his/her station in life.

To know that uri munhu pamusana pavanhu; this is the African ethos, this is to be civilised, this is why Africans are civilised.

The British imperialists called themselves the ‘finest flower of civilisation’ and yet would use genocide to rob others of what is rightfully theirs.

What could be more barbaric!

They would use the advanced technology of the Maxim gun, dynamite explosives, the mountain guns to decimate a whole people in order to satisfy greed and lust for what belongs to these people.

This is not civilisation, it is the behaviour of the dark ages, primitive, utterly barbarous.

She meant it. I was part of the family and everything she did underlined this.

She took me to her bedroom, it was lit by a candle, pristine it was, everything was fresh and you could rest.

She made a bed for me on the floor next to hers.

The blankets and maZambia she spread for me were fresh and clean as in the best hotels.

I mention the freshness not because I doubt the standards of our grandmothers, but I am writing this for the benefit of those who prefer to believe the whiteman’s denigration of our people which insists that they were taught ‘habits of hygiene and cleanliness’ by the whiteman to the extent that they (the whites) made ‘habits of hygiene and cleanliness’ part of the core curriculum of African education (Education Ordinance no. 1 of 1899).

I thanked her for her hospitality: “Uri mwana wangu,” she responded.

Something in me went at peace.

Ndakanyaradzika zvakanyanya as a person. I felt requited as an African. I felt consoled that our people, true Africans, are still around, they still exist, they have not been wiped out by the ‘exchange culture’ of  ‘mari yako chete’ of the whiteman.

I slept soundly. I did not hear her get up but it was barely light when she invited me to bath. She had heated some water for my bath.

I thanked her: “Uri mwana wangu,” she responded once again.

She then prepared tea and bread which we had together.

By then, her granddaughters were up.

They came and greeted me.

Mbuya had looked after me all by herself; she had not woken them up to do this or that.

By the time we had had breakfast, it was about 7:30 am. Mbuya then set out with me for the Matambirofa homestead where she too was attending the funeral as a relative.

In just a few hours, I experienced the essence of Africanness; total acceptance and care, from being stranded in the night alone to being treated like royalty.

The hand of Musikavanhu was unmistakeable on this trip, but He needed an African vessel and He found one.

‘Mothers are holy’, somebody once said.