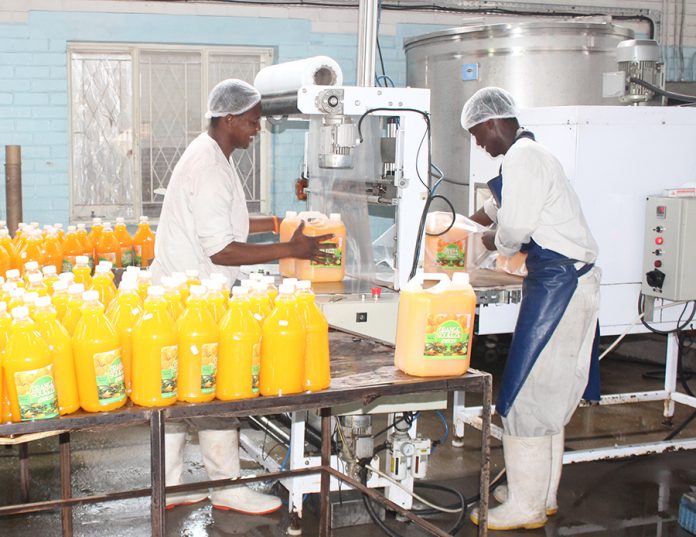 THERE are many recovery and growth shoots in Zimbabwe, which evidence the hand-in-glove relationship between the worker and the new dispensation.

Under the Second Republic, Zimbabwe has embarked on a journey to maximise its potential and the contribution of the leadership cannot be ignored, just like that of the worker, without whom the developmental plans cannot be fully executed.

Workers are behind the progress in Zimbabwe and a bedrock for the country’s success story.

They have been the key factor in economic growth and stability, food and nutrition security, health and well being, and even in areas of environmental protection, climate resilience and natural resources management.

Workers are crucial in that they work to achieve goals set for various sectors.

Speaking during a virtual address to mark the 2021 Workers Day commemorations at State House, Harare, President Emmerson Mnangagwa hailed workers as the pillar on which the Zimbabwean economy was emerging stronger.

Said the President among other things:

“I applaud all workers for growing and delivering food onto our tables; mining the minerals, increasing our exports to bring the much-needed foreign currency and producing a wide array of goods and services for the sustainable socio-economic development of our country.”

The dedication, hard work and honesty exhibited by workers across all subdivisions like agriculture and the mining sector of the country has culminated in increased production.

For example, farmers, as workers who paid attention to Pfumvudza Presidential Input Farming Scheme, have gone on to enjoy bumper harvests that are a boon for the nation.

“I want to salute and commend you the workers and your families for your resolve, dedication, determination and commitment to duty and country during these unprecedented COVID-19 times. Your sacrifice and continued endurance has kept the wheels of Zimbabwe’s economy turning.”

A nurse at Parirenyatwa group of Hospitals’ Intensive Care Unit, Mercy Mtisi (not her real name), had this to say:

Urban farmers are among workers we must also celebrate.

“To celebrate a worker like me is to celebrate the bumper harvest; we have a lot of maize, sunflowers and sweet potatoes we grew in unoccupied stands of this residential area,” said Mbuya Chenai Mutema of Crow Hill Views, Harare.

A miner from How Mine, Bulawayo, said the human resource had to be celebrated considering that it brought to fruition the aspirations of the nation.

“We are the backbone of all sectors and without us, there is no progress anywhere,” said the miner.

The leadership has been characterised by a hard work ethos.

Government efforts towards national success must be celebrated.

There was the Transitional Stabilisation Programme (TSP) that ran from October 2018 until the end of last year, which brought about economic stability the country currently enjoys.

Its successor, the National Development Strategy 1 (NDS1), which is running from 2021 to 2025, is very promising and is key to the attainment of an upper-middle income economy by 2030.

The NDS1 was launched by President Mnangagwa in November last year to promote inclusive development and create equal opportunities for all in an economically stable environment.

For example, there is facilitation of digital economy for enabled economy with all sectors embracing ICT to improve efficiency in line with global trends.

Also, there is devolution and decentralisation which, among other things, entails a system of governance that is community and people-centred through enhancing their participation in decision making on issues affecting them, allowing preservation of national unity.

Energy projects initiated by the Government are also advancing.

Parastatal Reform is moving ahead, with primary focus now on major, strategic entities such as ZESA, TelOne, NetOne, GMB and POSB.

The Government should also be celebrated for commissioning various construction projects.

The plant is under phase one of Lafarge Zimbabwe’s three-phase expansion programme launched in 2019 for a total investment of US$25 million.

The plant will revolutionise the construction industry by increasing its production of raw materials suitable for the latest building technologies.

Great work has also been done in promoting growth of small and medium enterprises.

Authorities have set up a dedicated SMEs Foreign Currency Auction Market to allow SMEs to thrive.

The re-engagement foreign policy thrust being pursued by Government is yielding results that must be celebrated.

The Second Republic has sought to re-engage the West and continue engaging allies that have stood with Zimbabwe over the years going by the foreign policy thrust of ‘Engagement and Re-engagement.’

As part of re-engagement efforts with the UK, Zimbabwe ratified the Economic Partnership Agreement (EPA) with the UK in October 2020.

The EPA is expected to provide Zimbabwean exporters tariff and quota-free access to the UK market. The ratification of the EPA is a very significant step under the re-engagement and engagement policy, expected to bring increased trade and investment to Zimbabwe.

Moreover, through these re-engagement efforts, the Government is continuing dialogue which seeks the removal of all remaining restrictive measures imposed by Europe.

The UK has regrettably imposed unilateral sanctions on some members of Government upon its exit from the EU.

Despite these constraints, the new dispensation is carrying out the reform agenda primarily as a responsibility towards its own citizens, and not as a pre-requisite for re-engagement with the West.

Both the Public Order and Security Act (POSA) and the Access to Information Protection of Privacy Act (AIPPA) have been repealed and replaced with legislation completely aligned to the 2013 Constitution.

Ease of Doing Export Business Reforms and the overall business and investment environment continues to improve.

Let us continue to celebrate workers and all the work being done to transform the fortunes of our nation.