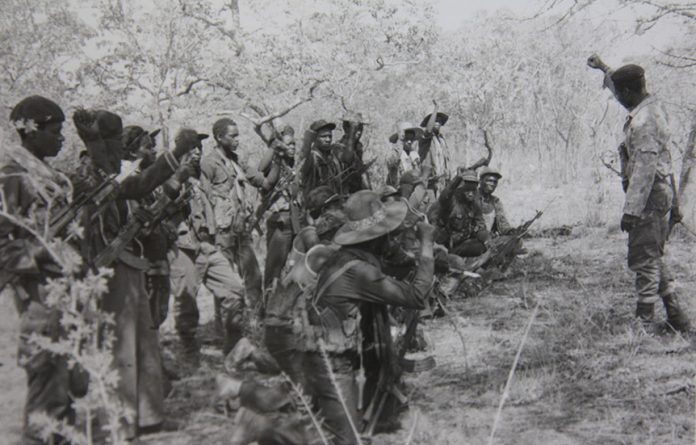 People must remember that there are sons and daughters of Zimbabwe, at least 200 000, who left for the liberation struggle to fight and free their land.

Some of these returned after the struggle before they could be trained, came back home to anonymity which lasted 42 years but never fought anyone, never caused any disturbance.

They had waited impatiently to be trained but their day never came because the logistics of the liberation movements were limited.

They endured the ravages, excruciating scourges of the war as they stood firm in the holding camps of Doiroi, Chibawawa, Tembwe, Chimoio, Mkushi, Freedom Camp, Nyadzonia and many other camps.

They  witnessed the massacre of fellow combatants at Nyadzonia, Chimoio, Freedom Camp and Mkushi, among other camps. To this day, they retain the psychosomatic injuries from being subjected to these terror raids.

They endured disease, hunger and injuries.

They went through  commissariat training, they exercised military drills every single day, maintaining combat fitness though hardly armed, still waiting for their day to come. They were raring to go to the front to fulfil their pledge to die for Zimbabwe.

They were a force to reckon with.

The terror regime of Ian Smith and their British, American and European parents knew that the liberation war could go on forever, there were thousands and thousands in holding camps.

While they were waiting for their day to come, they were not idle in the camps. They were running schools, carrying out research in education and other fields, preparing to run a free Zimbabwe.  They were training medics and being trained as medics, training security personnel and being trained as security personnel, running the welfare and logistics departments of whole thousands in the camps.

There was no idle force at the rear. On arrival, each was assigned to a department as the party saw fit. In consideration of their age, their educational background and training, they were placed where they were best suited to serve the liberation cause.

Being trained or untrained was not the issue in the struggle, it was just a question of logistics, of time;  some were trained today, others the next day as soon as the guns were available,  but we were one force, throbbing as one engine that had dropped everything to rescue Zimbabwe from the jaws of the crocodile, British imperialism.

As the others left for training in the ancient Scanias (vehicles), you waved goodbye with joy, but also with tears in your eyes; you were dying to join them, to be trained so you too could be fielded home to free your Zimbabwe.

That is all that mattered.

Every week we buried friends, comrades, from diseases, from injuries, from bombings, hunger and the pain and sorrow of losing fellow combatants ever so often, all this… was the full package we embraced for the sake of Zimbabwe.

No regrets; it is what we had pledged and we soldiered on, heads held high for the sake of this great gracious sacred land, Zimbabwe.

Independence came, to our ecstatic joy and that of all of Zimbabwe and the progressive people’s of the world.

Yes, independence came before we too could be trained but we had been one with our compatriots at home and beyond. We had fought together in body and spirit, a moral and spiritual force which forced the terror regime to the negotiating table.

Our compatriots at the front grouped in Assembly Points after the ceasefire.

We remained in the holding camps at the rear.

Should anything have gone wrong here at home during the transition, ZANLA and ZIPRA had a formidable force at the rear  and the British warmongers would still be brought to their knees.

Finally things settled down at home.

We, the liberation forces, won the elections.

Zimbabwe was truly and irrevocably free!

Then we too came; we had celebrated independence outside our beloved Zimbabwe but such is the life of fighters you have to defer so much.

It was our victory nevertheless!

It was when we were at home in Zimbabwe that our anonymity began.

For some strange reason we were separated from our compatriots who had had the fortune of being trained ahead of us.

Too many things did not work for us.

The majority of us had left school to join the struggle; the structures here at home were not so easy on us.

It was not easy; financial assistance to help us pick up the pieces was mainly for those who had been trained. We too had left to be trained; our hearts had burned to be trained and were only untrained because of resource limitations.

We have soldiered on for 42 years.

We lost many along the way but one thing remains, and will ever remain true, eternally.

‘Zimbabwe iyoyi yakatitora moyo...,’  that is why we never clamoured for recognition. We never took to the streets with placards to say: “Here we are, you had better recognise we fought for this country and won!’’

We never clamoured, we never made noise because it is our Zimbabwe.

While others went to school, we went to the struggle, — it is only assistance which we have been owed for 42 years.

We are Tongo’s  forces, protégées of General Mujuru. You will not find us on the streets.

We are a disciplined force, cadres of the war of liberation.

Instead we worked tirelessly behind the scenes to correct this anomaly, to end this anonymity and with Musikavanhu’s blessings, the registration of his forces who shouldered the responsibility to free Zimbabwe was initiated in late 2021 and the vetting took place in the last week of March 2022.

Restrictees, detainees and war collaborators were also vetted during this period.

This is a salutary lesson for Zimbabwe.

They never took to the radio, TV nor newspaper to fight anyone.

Disciplined combatants of the struggle, they worked quietly, patiently for 42 years to correct history.