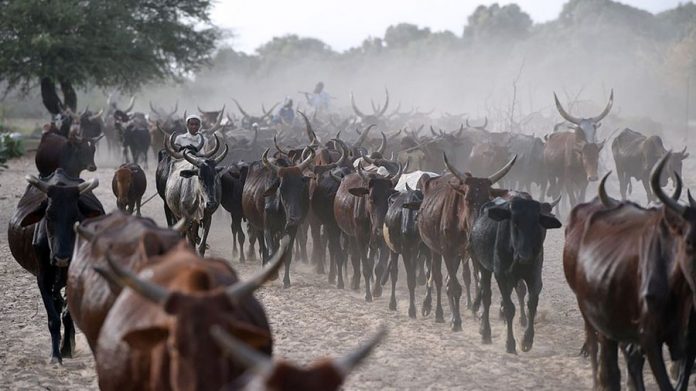 ACCORDING to US Department of International Trade, Chad is a very successful African livestock producer that uses traditional means of ranching in a semi-arid environment.

According to numbers by WHO for Animal Health, Chad has the biggest cattle, goat and sheep herd per capita in Africa, valued at over US$42 billion, and this information used to be available on Google but now you won’t find a single article on Chad’s ranching success on that platform.

Chadian ranchers are closely followed by the Ethiopians, Ugandans and Sudanese as the most successful livestock breeders in Africa.

These countries are light years ahead of the so-called technically advanced, Western style ranchers of South Africa, Botswana and Namibia where they depend on Western veterinary pharmaceuticals, vaccines, European breeds and hybrids that are dependent on western medicines to survive in Africa.

All the African countries using Western techniques to raise their cattle don‘t come close to the output of these East African traditional pastoralists or the Fulani of West Africa.

Notwithstanding, here is what is interesting; even though the US Department of International Trade says Chad has grown the biggest livestock herd per capita in Africa (and probably the world) without Western meds, chemicals and cross breeding, the department is still pushing their companies to promote vaccines and livestock medicines in Chad to make money.

But if Chad has been the most successful livestock producer in Africa (and possibly globally) without meds, vaccines, Western breeds and Western methods of farming, while those countries using vaccines and cross breeding African breeds with European breeds are struggling to compete with Chad, why then should the US attempt to fix something that is not broken by selling clearly unnecessary medicines and vaccines?

Unless of course, the intention of the US is to break what is not broken in Chad, to weaken Chadian cattle breeds so as to engineer dependency on Western pharmaceuticals as they have done in other less productive African countries?

In Zimbabwe, many farmers vaccinate and dip their cattle with Western pharmaceuticals. The same farmers are also obsessed with cross breeding hardy local breeds with inferior Western breeds that are not adapted to African climate and diseases.

As a result, even though Chad and Rhodesia (Zimbabwe) had the same herd size in 1960 (1,9 million – 2 million), Chad was able to grow its herd to over six times (29 million) more cattle than Zimbabwe (5 million) since then, with their native breeds.

Over that period, Zimbabwe has developed a sickly, drought prone herd that is dependent on Western pharmaceuticals and susceptible to the infamous January disease.

We believe that these could be the consequences of diluting our hardy local genetics through hybridisation with weaker Western genes and inbreeding due to lack of cattle migration in Zimbabwe.

And all this is happening after Rhodesian cattle breeders and researchers wrote extensively on how suitable local MaDzimbabwe breeds, like the hard Mashona, were [over Western breeds] for building Rhodesia’s national herd.

Consequently, Chad doesn’t have the same problem as Zimbabwe because they have maintained their cattle herd genetics over thousands of years and so their animals are well adapted to their diseases, environment and climate.

Another factor of success is, they have also maintained much healthier pasture feeding and livestock migration roots across the country to sustain breeding and animal ranching through drought seasons.

More critically, the French never unleashed the same colonial oppression, indoctrination and biological warfare on Chad as the Rhodesians in Zimbabwe and boers in South Africa did to instill an inferiority complex; kill native animal husbandry practices, culture, knowledge systems and breeds.

What can Zimbabwe and Africa learn from Chad?

Rutendo Bereza Matinyarare of Frontline Strat Marketing and ZASM anti-sanctions movement writes in her own capacity.