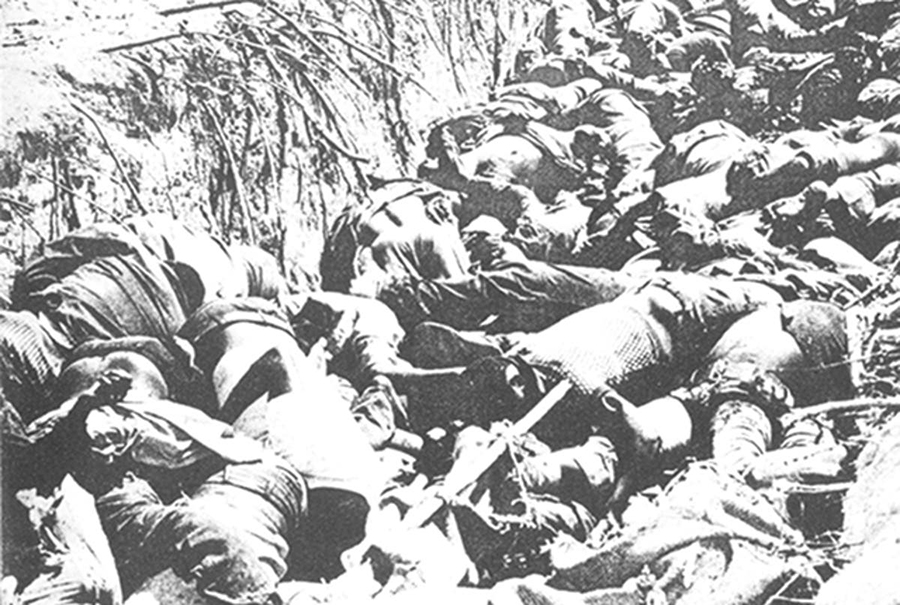 YOU are standing beneath the leafy trees of Chishawasha Hills, a plane flies over you, a little too low and something changes in you, for a fleeting moment it all comes back, for a searing moment the trauma registers and you cannot be at peace … the war is over… or is it?

‘‘It was beneath the leafy trees of Pasichigare that the jet bombers found me, the Dakota found me as I was racing to cross from the Guzunya (Camp Kitchen) to the Mudzingadzi River and so escape the bombardment that engulfed the Pasichigare Camp on the morning of July 19 1978, only eight months after Chimoio.

I was not at Chimoio when the jets came on that fateful morning, on November 23 1977.

‘‘The first plane to be spotted was like a Red Cross plane. It hovered noisily over the camp displaying a big red cross over its body’’ (Schools in the Struggle:1991). The roar of the DC-8 was intended to mask the roar of the invading air-craft. The Rhodesians used a civilian aircraft, the DC-8 as a decoy, the ruse worked…it was fatal deception.

Most of the people came out in the open to watch it go. So everybody was busy gazing at the plane thinking it was the Mozambican comrades flying their sick comrades somewhere little did we know that the ‘Red Cross’ was leading many bomber planes flying in echelon.

Before we realised what was happening, the whole school was exploding in bombs. Bombs and bullets were being indiscriminately thrown on and on. A whole class and its teacher would just perish in one bomb. Those who survived the bombardment started running in all directions out of the school camp. Many also died as soon as they were out of the camp. The aeroplanes had also deployed ground force on all possible escape routes. There were 1 500 school children at Chindunduma Base.’’

This is the story of Chimoio at Chindundum Base from one of the survivors.

It was a holocaust, a crime against humanity, the school children were in green UN tents as per agreement with the UN and the Rhodesians themselves, the Rhodesians knew they were murdering children.

‘‘At Chindunduma Base, hundreds of children had been caught by both cluster and napalm bombs while they were still on morning parade. Around midday, the SAS quickly advanced towards the tented base, and children who had survived the morning bombing had rushed towards them, crying for help, and almost everyone of the children had got a pistol bullet between the eyes.’’ (Muchemwa:2015)

But what was the Chimoio Raid all about, was it to cripple the ZANLA military.

It was not, the Chimoio Raid targeted the Chimoio HQ Base which was made up of 17 000 civilians, and only 1 000 combatants, the actual military target was only 15 kilometres away at the Vanduzi Mountains, the Chimoio ZANLA Operations Base, there were no civilians there, but only 2 000 ZANLA commandos and the Rhodesians did not attack this base.

When they attacked Tembwe on November 25, they still avoided the Tembwe ZANLA Operations Base with

The Rhodesians did not come to Chimoio as fighters but as murderers, going after the most vulnerable.

So what was the purpose of massacring 2 000 mostly civilians, hundreds of school children at Chindunduma Base, hundreds of women and girls at Nehanda Base, amputees at Percy Ntini Base, and patients at Parirenyatwa Hospital Base.

Against a largely civilian target in which the military were outnumbered one to 20, the Rhodesians assembled a formidable arsenal- against the totally defenceless:

Rhodesians had no Dakota Air Craft in its inventory, these were specially loaned for the Chimoio Raid.

It is not correct for anyone to marshal such an arsenal to attack civilians, it is criminal.

The Rhodesians massed a force of;

What is totally unfathomable is that the whole of the Rhodesian Security Forces Command had to come to Chimoio; Commander of the Ground Force, Major Brown Robinson, and the Commander of the Airforce, Group Captain Norman Walsh, manned a Lynx as a command post, General Peter Walls was the overall commander, operating from a Dakota, circling the Northern part of the camp. A whole General to command a raid to butcher civilians?

At Tembwe, the Rhodesians used ‘the dreadful internationally banned flechette bombs’ with glee and without compunction, Muchemwa captures what happened on the morning of the 25th of Novmeber:

White Section, Geraty and Wightman dived down releasing four canister-loads of flechettes over Camp C and strafing it with 750 cannon shells. The whistling, jostling, flight of 18 000 six inch steel darts was reminiscent of the barrage of medieval arrows which darkened the sky over the battlefield at Crecy in 1346 a.d. , in this manner the Rhodesians celebrated and reminisced.

This is the fate the white man had chosen for the comrades at Tembwe, to savour with satisfaction; 18 000 steel darts indiscriminately piercing the flesh of the unarmed comrades at parade on the morning of November 25, but the Rhodesians were not granted this vile pleasure, Tembwe Camp C had been abandoned as soon as they heard news of the Chimoio Raid.

This was no longer war, you do not make war on those who are unarmed when you are armed, when you are specially trained for that matter,  it  is a massacre; any private could do this butcher’s  treachery, it  is to  murder in the most obscenely cruel way.

According to Comrade Dr. Muchemwa, the tour of post-attack Chimoio was a doctor’s nightmare. The carnage was worse than Nyadzonia, The majority, over a thousand had died on the parade grounds from high velocity shrapnel from the bombs. The bodies were mangled, with injuries to the head, neck, chest and abdomen resulting in blown chests and eviscerated bowels. Ghastly traumatic amputations of limbs were also common among the dead and almost all survivors of the bombing had shrapnel injuries to the limbs.

Indeed it was the bloodiest air and ground attack ever carried out by Rhodesians inside Mozambique, but the question still remains to be answered, these were just civilians mostly, and you bring the whole command of Rhodesia’s air and ground military including General Peter Walls himself, to murder civilians, to wipe out civilians, what would warrant such expense, what would ever make that logical, or justify such inhumanity.

Zvingarevei kuti ungasumudza the whole command of Rhodesia’s ground and air military force, kuzodii, kuzorwisa macivilians? Kwete, that would not be necessary, there is something else that terrified you, something that unearthed the vampire in you, the same primordial fear which made you kill Nehanda and Kaguvi and hide their graves for fear they would rise from the dead, you were  deeply afraid of the force of the land resolute in Nehanda, the same resolute, fearless, and self-sacrificing force deeply seated in the 17 000 civilians at Chimoio, the moral force they represented which unflinchingly said Zimbabwe is theirs, not of the British.

It is fear of the undefeated maDzimbahwe which challenged your presence in their land and gave you sleepless nights and untold nightmares.

School children were leaving home in their thousands to train so they could drive you out.

At Doiroi alone by mid-1977, there were at least 35 000 school children aged 12-18, a moral and material force dedicated to end Rhodesia. You were petrified of this titanic, undefeated moral force which would not rest until it ended Project Rhodesia.

The sons and daughters of Zimbabwe said NO to the armed robbery of their land, in the forests of Zambia and Mozambique, everywhere, in the villages, towns and cities of Zimbabwe, in the hills, in the mountains, in the caves and forests of Zimbabwe, no-one, nothing wanted the armed occupation of the land by the white-man to last another day, the whole force of the land said NO! And so you went on a murdering binge to silence the force of the land resolutely ensconced in each comrade, you lost sanity, but that was your undoing.

When a coward without a shred of a moral ground to stand on gets scared, you can expect the worst inhumanity.

So cowardly you would not attack the hard target, the ZANLA Commandos at the Chimoio ZANLA operations base only 15 kilometres away, nor the Tembwe ZANLA Operations base, so you chose to vent the primordial fear of the armed robber on civilians.

It did not work, it was hardly two years later when you were desperate for terms of surrender.

You planned that such a holocaust would strike fear in all those dedicated to liberating their mother land hoping they would abandon ship,  but you only struck fear in yourself, after Chimoio you never won a major battle against ZANLA.

You could not be at peace anywhere in the land, and so you unleashed the bloodiest air and ground attack… for what? For the reason that we insisted that this Zimbabwe is ours and does not and will never belong to the British nor to anyone else.

Though unarmed, with no military training, though so young and only of school going age, though sick and in hospital, though only a young girl, a woman waiting to be trained, though amputated and totally defenceless, I still struck dread fear in you, and you decided to wipe me out, but it does not work like that, the spirit force of the land in me, in Nehanda, in each of this Sacred Land, is not defeatable, it does not die, you still are afraid of Nehanda but you said you killed her, you are still afraid of us, we never die, our spirit force lives, still protects Zimbabwe, the land you still covet to destruction.

History will not Absolve you!