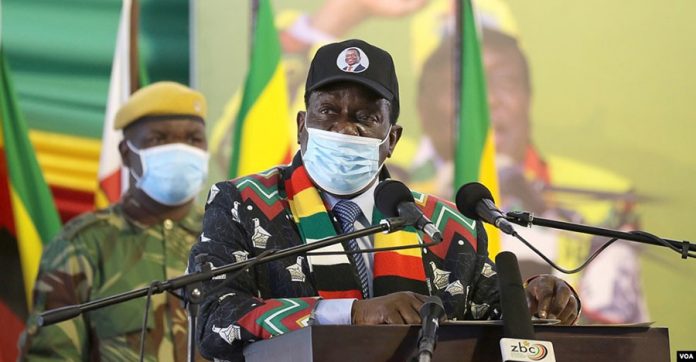 THE late Cde Alexander Kanengoni should have been there in Bindura last week but he was not.

It is sad he passed on before the new dispensation led by President Emmerson Mnangagwa held its ZANU PF 19th National People’s Conference in Cde Kanengoni’s beloved province, Mashonaland Central.

Never mind the Liberation War hero was born in Chivhu, but one thing for certain is that the gentle giant loved Mashonaland Central.

Perhaps his attachment to the province was written, and perhaps it is the reason he also had a thriving farm down there in Centenary.

Maybe that is why he once coined the headline, ‘It all began in Chiweshe’ in reference to the horrible so-called ‘protected villages’ popularly known as ‘Keeps’ that were created by Rhodesians to separate the masses from freedom fighters.

It came to the realisation of whites that vanamukoma (freedom fighters)’s survival and operations was largely depended on the masses hence the setting up of ‘protected villages’ for blacks.

Those who lived in ‘Keeps’ always testify that life was hell.

But back to the conference which was held at the innovative Bindura University of Science Education (BUSE).

It was held under the theme, ‘Growing and Modernising the Economy Towards Vision 2030’.

Topical issues in line with growth of the economy were discussed with numerous resolutions being made.

However, as espoused by acting ZANU PF spokesperson Cde Mike Bimha, the conference’s main resolution was that it endorsed President Mnangagwa as the Party’s Presidential candidate for the 2023 harmonised elections.

“I want to advise you that all the organs and wings of the Party have endorsed President Mnangagwa as the 2023 Presidential candidate.

“This was the main resolution.”

Of course, the unconditional removal of Western-imposed sanctions on Zimbabwe was underscored, so was the need for all Zimbabweans to remain loyal, disciplined, united and patriotic for the betterment of the country.

The issue pertaining the welfare of war veterans was also tabled.

Resolutions to better the welfare of women, youths and the state of the Party, as well as agricultural and mining performance in relation to Vision 2030 were also adopted.

However, in his opening remarks, President Mnangagwa said something that Zimbabweans must seriously contemplate.

He paid tribute to Mashonaland Central Province, describing it as ‘home to great First and Second Chimurenga heroes and heroines’.

He reminded all delegates that the roots of the country’s liberation struggle were entrenched in Mashonaland Central.

That the iconic Mbuya Nehanda, whose statue proudly towers in Harare’s CBD, lived and belonged to Chiweshe is no secret and President Mnangagwa reminded Zimbabweans to never forget her role as a torchbearer of the First Chimurenga/Umvukela that erupted in 1896 before she was captured in 1897 and hanged by the brutal colonial British, ending her freedom and right to life.

Relentless efforts by Catholic priest Father Richartz to convert her to Christianity were did not bear fruit, and before she was executed on April 27 1898, she declared: “Mapfupa angu achamuka!” (My bones will rise).

Records show that Sekuru Kaguvi was also executed on the same day having been baptised ‘Dismas’ (the good thief).

That is the history some people want us to forget or rather ignore, but we cannot and will not.

Addressing delegates in Bindura, President Mnangagwa noted that Mashonaland Central exhibited great fortitude and bravery in the fight against the brutal and racist white-settler colonial regime.

“Mashonaland Central Province is a province which is also home to some of the great First and Second Chimurenga luminaries such as Mbuya Nehanda, the late national heroes, Cdes Sandiyani, Chakabva, Vhuu, Cde Perrence Shiri, Kanengoni, Manyika and Border Gezi, among others.”

Indeed, Mashonaland Central is home to great heroes and heroines who must serve as an inspiration to Zimbabweans, both the young and the elderly.

Pundits contend schools, parents and guardians must educate children about these selfless cadres who sacrificed their all to free Zimbabwe from colonial bondage.

In the case of Mashonaland Central, we must never forget those who operated there including the likes of Cdes Kid Marongorongo, Solomon Ngoni, Michael ‘Cde Vhuu’ Chakabva, Jack Chamunorwa, Herbert Shungu, Mataire, Chinodakufa, Kufamazuva and George Rutanhire, among many others.

How many know about the exploits of the late Cde Obert Mandizadza Gwerevende from Chesa, Mt Darwin?

How many know that in 1973 ZANLA captured that notorious Land Development Officer Gerald Hawksworth in Mt Darwin?

Vanamukoma trekked with Hawksworth all the way to Mozambique were he was handed to the commanders?

He was in safe hands.

As alluded by President Mnangagwa at the conference in Bindura, brave men and women took it upon themselves to dislodge the white settler-regime and Mashonaland Central is largely accredited with the resumption of the Second Chimurenga through the famous Altena Farm attack of December 21 1972 in Centenary although it had been scheduled for Christmas Day.

The farm was owned by a nasty Marc de Borchgrave who was unpopular with locals.

The group that hit it was led by Cde ‘Rex Nhongo’ (Solomon Mujuru) after they had set landmines and cut telephone lines leading to the farm.

The farmer and his family escaped to a nearby farm but the damage had already been done.

That attack was significant in that it reignited the war. Rhodesians reacted in the harshest manner through ‘Operation Overload’ whereby thousands of villagers were rounded up after being accused of supporting ‘terrorists’.

The villagers were then packed into the so-called protected villages (Keeps).

They were horrible places.

There are so many untold stories about Mashonaland Central and the invaluable role the province played in Zimbabwe’s liberation war.

Both the masses and vanamukoma have tales to tell.

There are many who still lie in marked and unmarked graves and there are still many tormented souls at Chibondo, a place about 32km west of Mt Darwin that was used by Rhodesians to hide their genocidal acts.

Indeed the 19th ZANU PF National People’s Conference came and went, but thanks to President Mnangagwa’s reminder, it invoked memories of how Mashonaland Central contributed to emancipation of Zimbabweans.

It was a conference to remember.