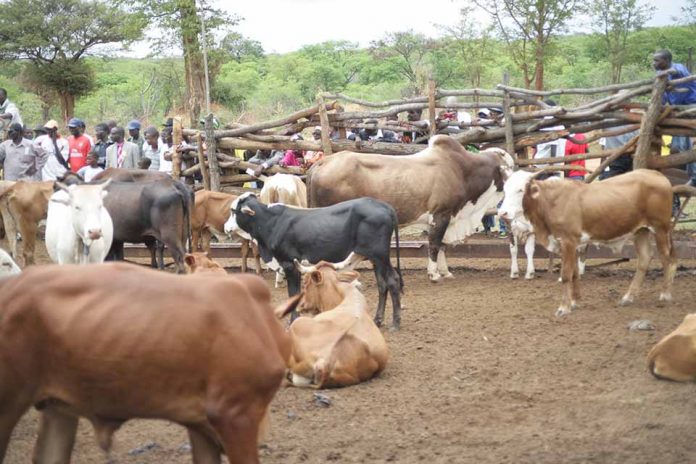 IT is important to note that, in the two decades between the 1950s and 1960s, conservation loomed large in Southern Rhodesia’s Government interventions in rural agriculture.

Opposition to nearly all governmental action was synonymous with opposition to the rather unsympathetic bureaucratic state machinery and its authoritarian conservationist prescription, the Native Land Husbandry Act (NLHA).

However, in the late 19th Century, opposition to conservationism was not a novel phenomenon to colonial Rhodesia.

In South Africa’s Cape Province, there were numerous incidents of opposition to conservationism, especially from the Afrikaner community.

The ever-present pre-occupation with soil conservation and the conservation of other natural resources were seen as central to agricultural development in Southern Rhodesia where reports were intended to suggest conservation’s broader appeal than opposition to it.

In reality, however, they contradicted; not least of all because of their uncompromising official disregard for popular indigenous African people’s opposition to state-run agricultural improvements.

As amply demonstrated by the authorities of the NLHA, the number and quality of state functionaries on the ground was a crucial determinant of success.

A much persuasion and a great deal of transparency in implementation on the part of Rhodesian state officials, combined with wide consultations with their conservationist targets (the indigenous rural people) would have carried the day.

By disregarding the latter, therefore, meant that the NLHA was implemented in Sanyati under the most unfavourable circumstances which militated against any success for it.

The indigenous people’s grave vulnerability under communal tenure, not only exemplified summary dispossession, but also draconian colonial direct interventions to dictate land use.  Conservation, or the NLHA, was used to underpin the racially motivated social engineering which was not informed by any factual understanding of, or even interest in, the indigenous African’s agricultural experience.

The NLHA was ultimately deployed as a class weapon by chiefs and other reserve entrepreneurs to resuscitate their fledgling economic fortunes, and wage a war against it.

The battle against de-stocking, for instance, dates back to the Rhodesdale days when some 320 squatters, who owned 20 head of cattle or more, protested against forced de-stocking and other colonial injustices.

In 1950, the Assistant Native Commissioner Que Que (Kwekwe) summoned these cattle owners to his office and warned: “Some of you have 100 head … We cannot allow you to continue destroying the grazing, and the land itself and the water supplies … By the end of next year (1951) you must all have reduced your stock to 10 head … Sooner or later you must leave Rhodesdale … I do not think you will be permitted to take large heads.”

These livestock owners, led by one rancher and his sons who owned a large herd and over 500 acres of land, asked many pertinent questions about de-stocking.

λ Do the European owned cattle not cause as much damage? Why force only the natives to destock? Have our cattle got two mouths?

λ Is Rhodesdale a new thing that we cannot claim it as home? Were not most of us here present actually born there?

λ Is Rhodesdale not overstocked, because farms have been sold to Europeans and we have been forced altogether into one corner of it?

λ We are told we will some day be moved. Why should we destock when we are to be moved?

λ How can I feed my children without cattle? What shall I do when famine comes?How can I start herds for my sons?

λ Why does the Government change policy so often?

λ During the War (Second World War) we were told – After the war you will all live in freedom.

λ  were told – Help us to buy aeroplanes and after the war you will all be free. We helped. Now see what happens to us. Is this freedom?

The questions fittingly demonstrate the hardly controversial proposition that indigenous agency was one of the most effective ways of challenging a clumsy political machinery to abandon irrational economic practice.

It was not surprising, therefore, that by 1951, some of the officials in the Native Department denounced destocking measures as, “…not only vague but that they should be suspended until a clear and proper policy on the issue was formulated.”

Smallholders were inevitably powerless and perpetually vulnerable to exploitation.

A prevailing view was that African states ‘capture’ small-scale indigenous farmers, exploiting them and rendering them politically marginal and powerless to make an impact on governments and the policy process.

Despite these challenges and pronouncements, indigenous smallholders acted effectively and developed the political and economic voice necessary to influence the erstwhile Rhodesian state and the policy process.

Their influence played a significant role in the agricultural and social transformation of Zimbabwe’s rural areas.