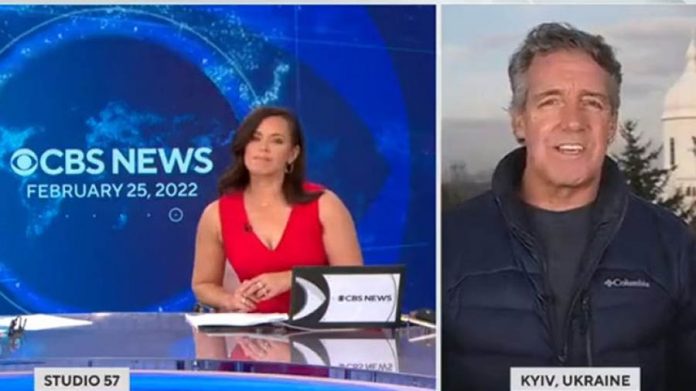 THE Russia-Ukraine conflict is showing just how pathetic white people are when it comes to race relations.

In this 21st Century they still believe their skin colour makes them special over the rest of humanity.

“These are not refugees from Syria, these are refugees from Ukraine. They’re Christian, they are white…We are not talking here about Syrians fleeing the bombing of the Syrian regime, we’re talking about Europeans leaving in cars that look like ours… To save their lives.”

In issues of suffering, life and death why state other nations like Afghanistan, Palestine or Iran in a manner that suggests it is okay if they die compared to white people.

Several remarks by reporters from some of the world’s top European TV and radio stations have described the war in Ukraine as more ‘civilised’ compared to other war-torn countries in the world.

What is civilised about war?

“The unthinkable has happened, this is not a developing, Third World nation; this is Europe,” said a reporter on a UK-based ITV Network.

Ukraine’s Deputy Chief Prosecutor David Sakvarelidze in an interview on BBC said, “It’s very emotional for me because I see European people with blue eyes and blonde hair being killed.”

Because they have access to services such as Netflix and Instagram, which, by the way, is also available in Africa and the rest of the world, some whites believe it makes them a superior people.

“They seem so like us. This is what makes it so shocking, Ukraine is a European country, and its people watch Netflix and have Instagram accounts,” said UK’s Daily Telegraph Daniel Hannan.

Al Jazeera reporter Peter Dobbie, also had his contribution to this warped thinking: “What’s compelling is looking at them, the way they are dressed. These are prosperous middle-class people, these are not obviously refugees trying to get away from the Middle East or North Africa, and they look like any European family you would live next door to.”

This is hardly surprising, in US media 77 percent of employees at public radio and TV stations are white, and in the UK around 94 percent of journalists are white, according to The Independent, UK.

It tries to be subtle in their hatred and indifference toward black people and other minorities, but fail dismally.

These white people claim to be victims but still find time and energy to oppress others.

African refugees are waiting for days in line at the borders with no food or water while being told Ukrainians have the priority to cross.

In an interview with CNN, Nneka Abigail a 23-year-old medical student from Nigeria, said: “It’s very difficult at the moment for Nigerians and other foreigners to cross. The Ukrainian officials are allowing more Ukrainians to cross into Poland. For instance, around 200 to 300 Ukrainians can cross then only 10 foreigners or 5 will be allowed to cross and the duration of time is too long, it’s really hard, they push us, kick us, and insult us she said.”

According to the Irish Times, an estimated 20 percent of Ukrainian students are Africans seeking degrees in medicine and engineering. The Ukrainian Education Ministry says Morocco, Nigeria and Egypt are in the top 10 countries who have students in Ukraine with over

16 000 students between them, followed by Ghana, Zimbabwe, Ethiopia, Somalia, Tanzania and South Africa.

The UN Refugee Agency issued a statement urging countries to welcome all refugees regardless of nationality or skin colour, “…as numbers of refugees fleeing Ukraine increase by the hour, it is crucial that receiving countries continue to welcome all those fleeing conflict and insecurity irrespective of nationality and race — and that they receive adequate international support to carry out this task.

The African Union (AU) also released its own statement stating that the Chairs of the AU are ‘disturbed’ by the reports of discrimination. Reports that Africans are singled out for unacceptable dissimilar treatment would be shockingly racist and in breach of international law and show empathy and support to all people fleeing the war, notwithstanding their racial identity.”

Blacks continue to be robbed of their dignity, stripped off their humanity and treated no less than animals.

It is a fact that white people will continue viewing themselves as superior to black people.

Whites do not like blacks and never will, it is a bitter truth but a truth nevertheless.

But we are black and proud.