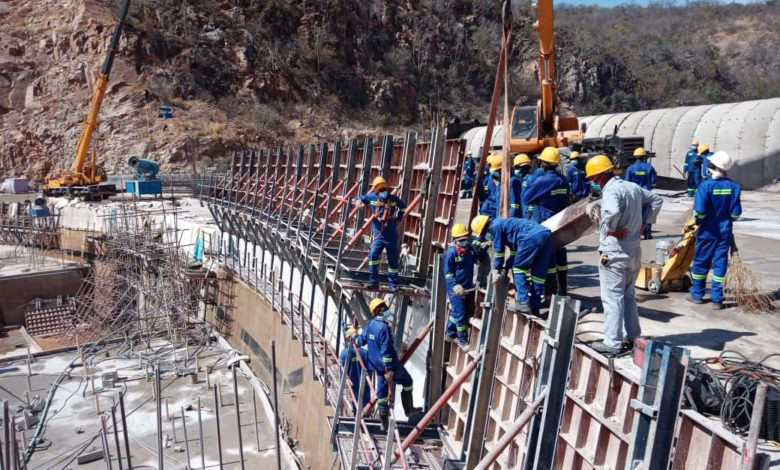 TO successfully assess the impact of devolution in Zimbabwe, one needs to start from the sentiments of beneficiaries.

Are sentiments and development on the ground in tandem with the National Development Strategy 1 (NDS 1) 2021-2025 which says that devolution is a community-specific move to reach and address grassroots needs.

Devolution is already delivering results and while a lot has been chronicled from the angle of officials, it is necessary to hear what the people have to say about it.

“Devolution seeks to make the system of governance community-based and people-centred by enhancing community participation in making decisions on local development issues that affect them and in the exercise of Government powers, whilst exercising the preservation of national unity.”

Is devolution a success story, unfolding as envisioned?

“Traditionally, local government has focused more on the provision of basic municipal services such as water and sewer reticulation, waste management, roads, among others, and not necessarily the promotion of business and investment, but we have witnessed a change impacting our lives, especially the industrialisation of our spaces.

“These community-based industries are situated where people and raw materials are.

“We have mapfura/marula, mangoes and guavas and because of devolution we are seeing and being taught value addition not in Harare but in our communities.”

Devolution did not only bring about new business prospects and impacted on innovation.

“Devolution is accelerating development that had hitherto moved at a snails pace,” she said.

Devolution is no mere talk but a reality ensuring that no place and no-one is left behind in the development matrix.

The transformation being celebrated and narrated has seen provincial economies becoming hubs of the revitalisation of the national economy and boosting people’s confidence in their leadership.

In Manicaland, Niko Mtisi from Mutasa Rural District, said: “My province, Manicaland, is now excelling in providing social amenities  and, for me, it is something to commend the Government for because it is the one providing the funds and necessary support to carry out the great works we are witnessing.

“Those in leadership who know what is lacking in our communities are delivering as evidenced by schools that have been built in communities to cut walking long distances to school for our children. There is no service better than this.”

Hot Springs Clinic nurse Sister Janet Mukosi intimated added: “For me, the fact that decision making for what to do about our situation is being done by those who know our needs, those closer to us, demonstrates democracy at its best.”

On the other hand, in Kariba, Carol Baira weighed in: “Devolution has demonstrated the value of local place-based leadership in developmental issues. Consultations with regards to what we need is done in our local languages by people also experiencing similar challenges.”

Devolution has touched lives in a number of ways in tandem with the development efforts that have been pursued since independence: that is, grassroots socio-economic development.

The new dispensation seeks to decentralise power to local units to ensure effective and efficient delivery of services to the people.

The recognition of the rights of communities to manage their own affairs and to further their development is one of the major milestones of the new dispensation which is more concerned with people-oriented development compared to a top-down approah of doing business.

Said Nkomo: “Devolution and the funding of various socio-economic projects through [inter-governmental fiscal transfers] IGFT has helped not just the economic recovery, but also improved the quality of life and the environment. We have managed to improve access to education, primary healthcare, proper sanitation and clean water.”

Since the Government has been prioritising economic development, the 2022 budget set aside the biggest amount in the history of devolution, to further accelerate growth in communities around the country.

“Furthermore, through the inter-governmental fiscal (devolution) allocation, an amount of ZWL$42,5 billion, being 5 percent of total revenues, will be disbursed to all local authorities for implementation of impactful community infrastructure projects,” Minister of Finance and Economic Development Professor Mthuli Ncube said in his budget presentation.

Responses from the grassroots around the country are clearly showing that devolution is the best way of reaching all.

Colin Copus, Emeritus Professor of Local Politics at De Mont Fort University, posits  that devolution must be linked to local government reorganisation and be at the centre of urban and regional development studies.

Therefore, there is need to celebrate people empowerment as the basic motivation behind devolution by the Second Republic.

Devolution is good for its recognition of the right of lower arms of Government to manage affairs in a participatory and equitable manner.

The adoption of devolution into the Constitution of Zimbabwe divided administration of Zimbabwe into three levels which are national, provincial/ metropolitan and local government.

There has been transference of fiscal, administrative and market powers and responsibilities from the central to quasi-autonomous lower levels of Government.

This is in line with the adoption of devolution into the Constitution of Zimbabwe, Section 301 (3), which states that not less than five percent of the national revenues must be allocated to the provincial, metropolitan and local tiers of Government.

Reads part of the 2013 amended Constitution:

“Not less than five per cent of the national revenues raised in any financial year must be allocated to the provinces and local authorities as their share in that year.”

Devolution will be the axis towards the attainment of Vision 2030, which seeks to achieve an upper-middle economy.