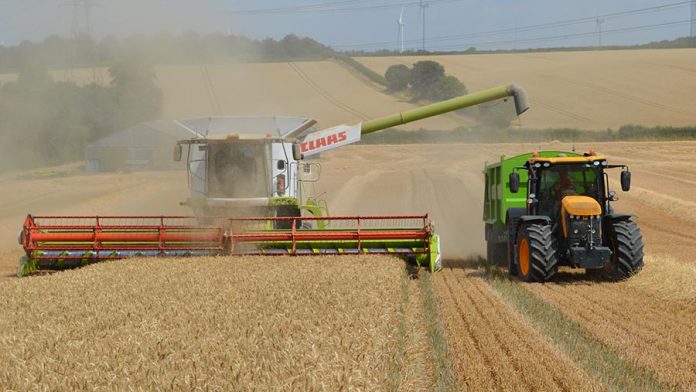 During the NDS1, food security will be underpinned by the following national outcomes; increased food self-sufficiency, reduced food insecurity, and Increased incomes.

Speeding up of mechanisation facilities will be prioritised henceforth.

Different researchers have concluded that farm mechanisation enhances the production and productivity of different crops due to timeliness of operations, better quality of operations and precision in the application of the inputs.

Mechanised farming has resulted in better tillage, timeliness and more economic seeding, a reduction in harvest losses and a substantial increase in yields.

More land has been brought under cultivation due to mechanisation and there has been an increase in the area of the principal crops and apparently a trend towards specialisation in a select agricultural crop.

Based on these three power sources, the technological levels of mechanisation have been broadly classified as hand-tool technology, animal draught technology and mechanical power technology.

But it is the mechanical power technology that we are more interested in adopting for increased agricultural productivity in the country.

Farm mechanisation has its disadvantages too, such as high costs, due to the numerous machines involved which are costly to run.

There is also displacements of workers as few are required when mechanisation is introduced as well as considerable impact on the environment.

It must be appreciated that agricultural mechanisation implies the use of various power sources and improved farm tools and equipment, with a view to reducing the drudgery of human beings and draught animals, enhancing the cropping intensity, precision and timelines of efficiency in utilising various crop inputs and reducing the losses at different stages of crop production.

The end objective of farm mechanisation is to enhance the overall productivity and production with the lowest cost of production.

Several studies have been conducted on the impact of agricultural mechanisation on production, productivity, cropping intensity, human labour employment as well as income generation.

Agriculture financing, economics as well as markets and investment in value addition will transform Zimbabwe’s economic structure from one highly dependent on the export of minerals and agricultural raw materials to an economy trading high value processed goods.

If mechanisation programmes are accompanied by training and extension services that improve employment prospects and reduce environmental degradation, some of the main challenges associated with agricultural mechanisation can be avoided or minimised.

A focus on improving the technology used by smallholder farmers who operate on less than two hectares of land and account for 70 percent of sub-Saharan Africa’s workforce will build the foundation for further economic development from a regional perspective.

Africa was once at the forefront of agricultural mechanisation in the developing world.

In 1960, for instance, Kenya, Uganda and Tanzania each had more tractors in use than India.

The fact that India now has 100 times more tractors in use than those three countries combined gives some indication of how far Africa has lagged behind.

It is also estimated that tractors are only used on 10 percent of the land currently cultivated in sub-Saharan Africa compared to 20 percent in East Asia,

35 percent in South Asia, 50 percent in Latin America and the Caribbean and 60 percent in the Middle East and North Africa.

The slow uptake of agricultural machinery in Sub-Saharan Africa is one of the reasons for its slow progress in improving food security.

Low agricultural productivity is often cited as the main cause of food insecurity across the region.

Lifting farm productivity is, therefore, the main way to improve food security in sub-Saharan Africa, of which Zimbabwe is part of.

The scarcity of machinery across the food production system from field preparation to sowing, harvesting, post-harvest storage, processing, transport and retail makes Sub-Saharan Africa’s food security considerably more vulnerable than that of most regions in the world and Zimbabwe seeks to reverse this anomaly by 2025.