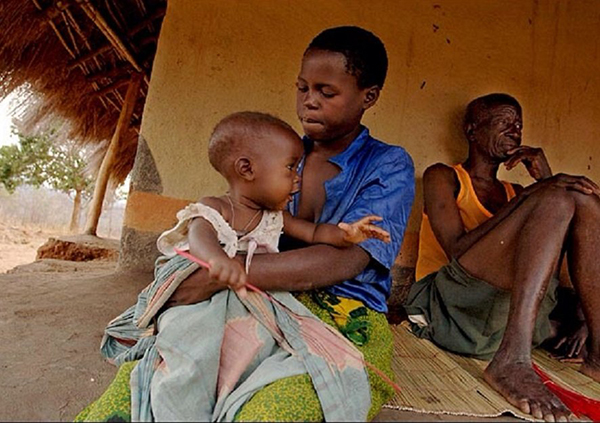 IN her quest to end child marriages, Senator Dr Rasha Kelej of the Merck Foundation is working with various African artistes to sensitise communities in Africa.

This comes after high statistics of child marriages in different parts of Africa.

According to UNICEF, Africa has the highest rate of child marriages in the world, while the UN estimates that everyday around 37 000 girls under the age of 18 are married.

These statistics show that child marriages remain one of the most widespread forms of violence against children.

Senator Dr Kelej has, therefore, developed a concept that assists communities to realise that it is essential to end child marriages in order to empower the girl-child.

Her concept has been adopted in a recently released song titled ‘Like Them’ by Kenneth Mugabi, a Ugandan musician.

In the song, Mugabi emphasises the importance of letting children grow up to realise their dreams.

“She could be a lawyer or become a doctor …A light to the darkest side, she needs an opportunity to express herself,” go part of the lyrics.

Her dream is to put on shoes and a uniform

She’d say no to daddy’s stories

How he got married underage

And he wants her to do the same.”

Child marriages reflect that various rights of children are violated, one of them being the right to education.

Child marriage is one of the ills in many societies.

Apart from disrupting childhood, it often leads to devastating effects of dropping out school, disallowing girls to fully develop, high risk pregnancies and contracting HIV and other sexually transmitted diseases, among others.

In Zimbabwe, most girls who are coerced into child marriages do not reach ‘O’-Level, while some extreme cases would still be in primary school.

Some go to the extent of hiding behind religious practices while others cite cultural practices.

Is it African culture to be sexually violent towards children?

To end child marriages, it is time communities and authorities realise that those with criminal minds are found within spaces that we live in.

Some criminals are the parents who give away their children because they would have failed to find ways to get out of poverty while others are those ignorant of the fact that a girl-child has the same rights as the boy.

There should also be a realisation that criminals can try to manipulate laws in order to achieve their goals.

These are those who are found in churches and villages.

The sad part is, some hold positions of influence and pose as leaders within communities and use those positions to commit a crime of child marriage.

Some are just like the ‘aniva’, better known as a ‘hyena’ in Malawi, that is a man hired by families to have ritual sex with girls after their first menstruation.

Others are apostolic sect men who use a religious doctrine that claims that the ‘Holy Spirit’ can distribute young girls to older men.

Most of the sect’s doctrines are not based on the Bible but from what the leadership claims to be instructions from the ‘Holy Spirit’.

The death of Anna Machaya (15) during childbirth at a Johane Marange Apostolic shrine in Zimbabwe last year remains one of the cases that reflect gender-based violence, child sexual abuse and violation of the rights of the girl-child.

Criminals should stop hiding behind culture and religion to justify their paedophiliac tendencies.

In a bid to end child marriages in the country, on May 27 2022, President Emmerson Mnangagwa signed into law the Marriages Act that prohibits the marriage of minors under the age of 18.

The Deputy Minister of Women’s Affairs, Small and Medium Enterprise Development Jennifer Mhlanga is on record saying the Government is putting measures to protect the girl-child.

“The Government of Zimbabwe has put in place institutions, law and policies that guard against child marriage in the country,” she said.

The UN is also working with Zimbabwe on various initiatives that will ensure poverty is reduced and in the process eliminate child marriages.

A number of UN initiatives, including the Spotlight initiative, continue to champion the prevention of child marriages in the country.”

The UN applauded the adoption of legislation in Zimbabwe and the Constitutional Court judgment. However, UNFPA country representative Dr Esther Muia said: “The impact of child marriage and its negative health and social empowerment outcomes is not to be underestimated in Zimbabwe.

The well-being, and the fulfilment of adolescent and young women’s full potential depends on our joint, cohesive action to eliminate this practice.

Everyone can play a role in the Action to end Child Marriage, including policymakers, communities, gatekeepers, religious and traditional leaders, media, the private and public sectors, development and humanitarian actors.

Together we must act to ensure a better future for the future leaders of Zimbabwe.”

Ending child marriages in the country needs more than legislation.

It requires behavioural change in communities.

Therefore, community leaders, parents and caregivers must unify to advocate against child marriages.