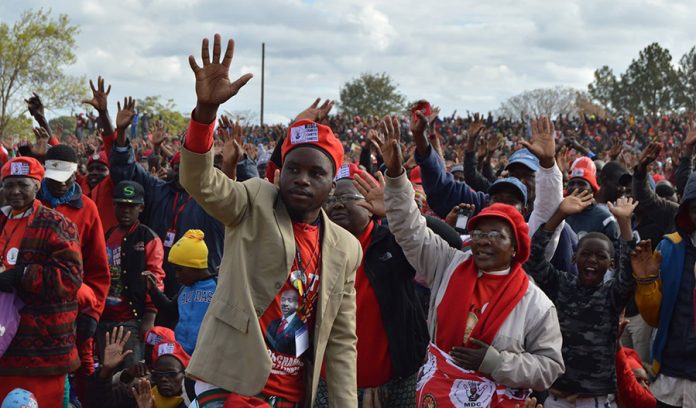 THERE was little surprise that a few hours after President Emmerson Mnangagwa launched a new economic blueprint, the MDC Alliance chose to reignite the fake abductions narrative by ostensibly ‘clearing’ the name of one of its members whom they had accused of being a member of the Central Intelligence Organisation (CIO).

It is not difficult to locate the import of that malice.

The MDC has been on the back foot in far as the national interest narrative is concerned and to them, tarnishing the image of the country quenches their thirst for recognition.

Even as they desperately pursue the ‘abductions’ narrative, the visible progress on the economic front has pushed them further behind the pack.

This is what President Mnangagwa was doing on Monday when he launched the National Development Strategy 1 (NDS1).

The NDS1, which succeeds the hugely successful Transitional Stabilisation Programme (TSP) that ran from October 2018 to the end of this year, will run from 2021 to 2025 and will draw from resources for implementation of development projects.

Under the TSP the economy has witnessed stability emanating from the fall in inflation, with the foreign exchange rate resulting in the local currency firming against other currencies.

Prices of basic commodities have either gone down or have remained stable due to the various interventions by the new dispensation.

Also, the country has for the first time in two decades recorded a surplus and revamping of infrastructure in some instances and development of new projects in others.

Said President Mnangagwa: “The attainment of Vision 2030 is partly premised on the devolution and decentralisation agenda, which empowers provinces, districts and communities to implement development strategies which are informed by their respective resource endowments and competitive advantages.

This must see greater innovation, modernisation, industrialisation and increased investments across all provinces and districts of our country.

In spite of these sanctions, we have not buried our heads in the sand, but instead implemented robust, innovative and responsive strategies to grow and develop our economy.”

“Informed by the lessons learnt to date under the Second Republic, a key design feature in the NDS1 is the synchronisation of the National Budget and the National Plan implementation process.

Consequently, Ministry Strategic Plans have been aligned to the NDS1 and the National Budget which will soon be presented by the Minister of Finance and Economic Development.

The Agriculture and Food Systems Transformation Strategy will continue to be boldly implemented towards a vibrant US$8,2 billion agriculture sector that will achieve national food and nutrition security.

The NDS1 is set to perpetuate our character as a united, peaceful, stable and unitary state.

The entrenchment of democracy, constitutionalism, justice and the rule of law will be enhanced.

Under the Second Republic, the engagement and re-engagement policy has resulted in an improved country image and more astute international relations.

Going forward, during NDS1 period, dynamic information management and dissemination strategies will be bolstered for mutually beneficial outcomes within the community of nations.”

The NDS1 will also be anchored on national dialogue which the MDC Alliance has refused to be part of.

The opposition party’s leader Nelson Chamisa says he wants to have a one on one conversation with President Mnangagwa, but as this publication has repeatedly emphasised, that is not going to happen.

This is why we find the MDC Alliance antics on Monday provocative.

After going to town for more than three months with claims that state security agents had ‘abducted’ one Tawanda Muchehiwa, a nephew of a local journalist (Mduduzi Mathuthu), using a Tendai Masotsha – the party’s chairperson of the women’s wing, they make an about turn, ‘clearing’ Masotsha without apologising to the nation.

Masotsha faced allegations that she was a member of the CIO which the MDC accuses of abducting Muchehiwa.

There was no surprise on Monday when Chamisa’s close allies Jameson Timba and Fadzayi Mahere gave ‘findings’ of their investigation.

“After considering the evidence before it, the committee concludes that there is no conclusive evidence to link Tendai Masotsha to the abduction of Tawanda Muchehiwa. There is no smoking gun,” Timba said.

“In addition, the committee engaged and interviewed all stakeholders including the family and legal representatives of Tawanda Muchehiwa, Tendai Masotsha and other members of the party.”

Now a serious war of attrition has erupted between MDC officials with the party’s secretary-general Charlton Hwende being accused by youth leader of leaking ‘sensitive’ party information to the media.

Sources say the discarded ZANU PF, G40 has taken control of the party and ‘decisions are made by the G40 element’.

They intimated that a prominent member of the G40 now based outside the country was used as a conduit to mobilise funding for Chamisa’s 2018 election from certain countries but the G40 member helped himself with the majority of the money.

“What you are seeing and hearing is just a tip of the iceberg. The party (MDC Alliance) has been literary taken over by G40,” said the source.

“What G40 says goes, I can tell that in 2018, funding was sourced by that guy and we all know what happened to the money. It is such issues that they don’t want to be in the public.”

While the MDC Alliance continues on its failing project to embarrass the country, the new dispensation has gone a gear up in its thrust to develop the country.

It is only those who cannot see who will be left out.

Let those with ears listen! 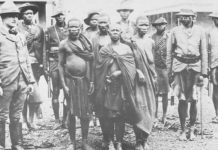 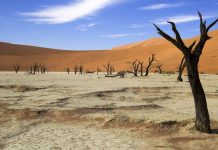 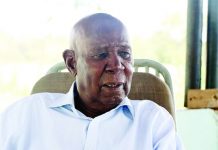