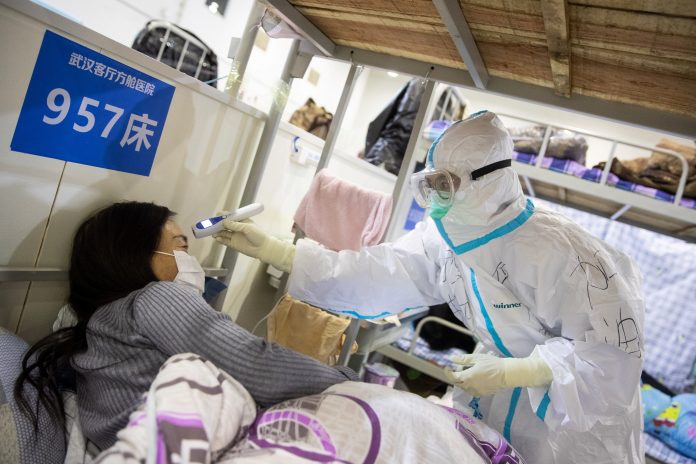 IN March the country recorded its first COVID-19 case and death and four months later cases have risen.

To curb the scourge, Government put in place a 21-day total lock-down.

Gatherings of more than 50 people were banned with church gatherings stopped.

After the 2-day lock-down period, terms of the lock-down were reviewed.

Over the past months, the movement of people had been relaxed with other companies, especially the informal sector being allowed to operate, however, under strict guidelines from Government.

This, however, did not stop the spread of COVID-19 as local transmissions increased.

A curfew was introduced, with police checkpoints increased.

The move was necessitated by the increase in COVID 19 cases including cases in institutions providing essential services.

Civil servants manning different Government departments have not been spared from the pandemic either.

Cases were reported at the Ministry of Finance offices at the New Composite Building in Harare.

“Following the incidence of COVID-19 positive cases at Kaguvi and in the Public Service Commission Harare Chitungwiza bus, all ZIMSTAT staff are kindly requested to stop reporting for duty with immediate effect,” read part of the statement by director general Taguma Mahonde.

The move resulted in the cancellation of the planned five-day census mapping programmes that had been scheduled to start on July, 20, 2020.

Early this week, Parliament was forced to close following reports of two active cases of Members of Parliament, who were part of the parliamentary committee on transport that had visited Bulawayo for official business.

Journalists, who form part of the essential service provision organisations, have not been spared from the pandemic.

This resulted in visits to the organisation suspended and all staff members undergoing mandatory testing.

This prompted the Young Journalists Association (YOJA) to call on stakeholders to halt physical interactions with journalists.

Journalists have continued to provide coverage on media briefings, tours and donations held by various stakeholders.

“The increase in the number of locally transmitted cases is also worrisome and measures should be put in place by media owners, media managers and government to protect the lives of members of the Fourth Estate,” read part of the statement.

Private institutions providing essential services have not been spared with health care providers CIMAS and First Mutual Limited reporting cases resulting in the temporary closure of their head offices.

Retail outlet OK Zimbabwe has reported cases at some of its branches, namely Fife Avenue and Mbuya Nehanda, resulting in the temporary closure of the shops.