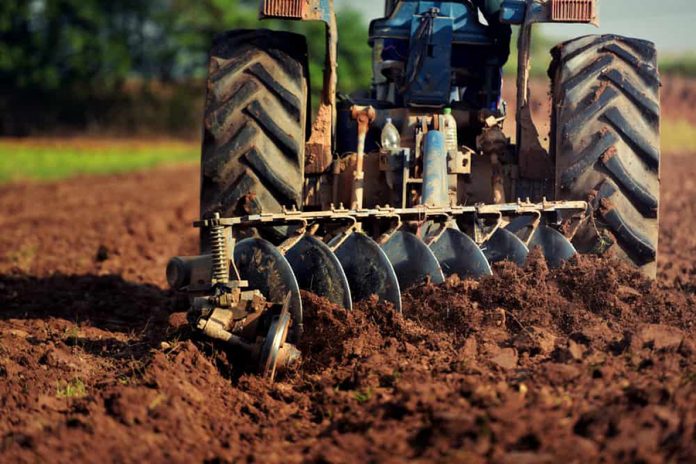 AS we continue to unpack heritage-based teaching and learning, which underpin the Education 5.0 design, we need to expose the full dimensions of what we call our heritage.

Many definitions of heritage have been given so much so that we risk turning heritage into just another school subject. Already, many Zimbabweans think heritage is about traditional things: language, totems, tribes, music, traditional dress, food, monuments and aspects of African history!

The term ‘heritage’ carries as much stigma as the terms ‘tradition’, ‘culture’ and ‘ethnic’ among the educated elite. Should heritage be understood in these narrow colonially prejudiced terms?

In the broadest sense, heritage is just that: what we have inherited from our ancestors, which is the geographical space that we call Zimbabwe and all that is found within its boundaries, including the people. It is not as if we can stand and point at areas of knowledge or physical objects that constitute our heritage. All that is African and Zimbabwean is our heritage.

Is there a realisation that we have been alienated from our own and from ourselves?

Is that the correct perception?

But there is much more to heritage than the above cursory list! The synonyms for the word ‘heritage’ include: ‘inheritance, birthright, legacy, bequest, endowment, estate or bequethal.

One definition says heritage refers to: “…the background from which one comes or any sort of inherited property or goods. An example could be one’s ancestry or money left to a child in parent’s Will.”  (www.yourdictionary.com).

Heritage is often confused with culture. While it is considered as part of our heritage, culture  refers to the ideas, customs and social behaviour of a particular people or society while heritage more specifically refers to the aspects of culture which are inherited to the present and which will be preserved for the future. (pediaa.com).

In the Bible, several references are made to the term ‘heritage’. Exodus 6:6, reads: “And I will bring you in unto the land concerning the which I did swear to give it to Abraham, to Isaac and to Jacob, and I will give it to you for an heritage. I am the Lord.” (sarata.com)

The above promise was made to the Israelites by their God. Today the Israeli Jews have seized and annexed Palestinian territories (Gaza and West Bank) as their heritage to create the state of Israel on the basis of their God’s promise to their forefathers. Palestinians are living as refugees in their own land which is claimed as a Jewish heritage. And the Jews are defending what they claim to be their ‘heritage’ with their very lives.

The latter verse from the Book of Malachi is very relevant to Zimbabwe’s situation where white colonisers ‘coveted’ and seized our lands by force, turning Africans into squatters in their own heritage (land).

Our protracted struggle to liberate our heritage, the land mass we call Zimbabwe, and all its wealth beneath and above ground, underlines the critical importance of land as the centre-piece of our heritage. Are the children of Zimbabwe conscious of, and committed to, defending their heritage and birthright and all its wealth which translates to ‘Zimbabwe  noupfumi hwayo hwese’(Shona), ‘iZimbabwe lenotho yayo yonke!’ (Ndebele).

So we should rightly expect land to be at the centre of all heritage studies, syllabi and teaching programmes in schools and colleges. All citizens must be alerted to the fact that a people dispossessed of their land are doomed to extinction as they have no concrete geographical space to grow food (crops, livestock), source water and other raw materials, site reservoirs, grow trees for timber, build shelter and other infrastructure as well as carry out other essential socio-cultural tasks of life. So, land is the primary heritage item for all citizens.

In Zimbabwe’s new curriculum, Heritage Studies is a stand-alone subject at primary level. Perusal of the syllabi and some teaching texts reveals that the subject matter attempts to create awareness of traditional African material culture. Unfortunately, this is often juxtaposed with what, in the syllabus, is termed ‘modern’ practices. Instead of referring to African games versus foreign (non-African) ones, the Heritage studies syllabi refers to ‘traditional’ versus ‘modern’ games.

Similarly, foods, communication and many other practices are labelled as traditional versus the Western ones referred to as ‘modern’. This must create a clear impression among pupils that the modern are superior to the traditional. This situation nullifies the whole aim of teaching Heritage Studies to help restore the pride of place for African technologies and cultural practices.

While the Heritage Studies syllabi do identify things African, they unfortunately re-inforce the negative perceptions of African practices being inferior to those of white people. This ‘ghost’ needs to be exorcised if we are to build the confidence of future African generations to compete on an equal, if not superior, footing. We must not forget that African practices were deliberately sidelined and downplayed as part of the colonising strategy. Schools and colleges cannot be seen to re-enforce those negative practices.

Heritage studies can be enhanced by thorough research to identify many more African practices, games and technologies to be added to the syllabi. The current content is shallow on African issues; a reflection of either poor research or bias and reluctance to Africanise the content. We cannot be apologists for white education and hope to lift Africa to the fore of development. African practices are not inferior — they are different.

On perusal of the Heritage syllabi of the New Curriculum, one is constantly confronted with the terms ‘modern’ versus ‘indigenous’ or traditional’. ‘Indigenous’ refers to the local native peoples of a land. But in colonial context it means ‘inferior’. How can the New Curriculum reinforce the colonially imposed perceptions? The ideological battle starts here: the fight to correct wrong perceptions and build confidence among the young generations. To succeed, we must believe in ourselves!

Schools must fight that battle. Teachers must reinforce positive self-belief among students. Our pupils already have the superior God-given brains. They need guidance and encouragement from their mentors, the teachers!

In another section of the Heritage Studies syllabi, one encounters reference to ethnic groups.

Reference is made to ‘Zezuru’, Manyika and other ‘ethnic’ groups. Some of these terms are loaded with negative devisive connotations. Unnecessary animosities among Zimbabwean communities have been generated by use of these misnomers by colonial authorities, the press and, more recently, our own people who are going to bed with our enemies to divide the people of Zimbabwe.

For example, there is no basis for dividing the so-called Shona-speaking people into Zezuru, Korekore, Manyika and Karanga, to name a few. The ethnicity is a false creation. Missionaries and colonial authorities created these misnomers for purposes of creating and consolidating areas of influence as well as the well-known British tactic of ‘divide and rule’!

Our Heritage syllabi must not reinforce the colonial labelling that is meant to create disunity among Zimbabweans. Some of the so-called ethnic groups are nothing but geographical descriptions of areas where people live. Zezuru refers to upland (Shona = uzuru; Ndebele ‘pezulu’); Manyika comes from ‘manhika’ which describes a land with ridges and deep valleys. The so-called Korekore are not an ethnic group at all. Whatever the origin of the word ‘korekore’ which could refer to ‘clouds’ (Shona makore)/We have people who have distinct identities who cannot be lumped together as ’Makorekore’.

All we are saying here is, as we consolidate the Heritage-based teaching and learning programmes under Education 5.0, we should be careful to weed out of the content any colonially induced deliberate and malicious distortions of true identities of Zimbabwean people. Terminologies and identities that are distorted, derogatory and demeaning to Zimbabweans must be cleaned out of our texts as they were and are meant to divide the people of Zimbabwe along exaggerated and non-existent ethnic lines. And we must give pride of place to our own African  practices and avoid calling the names such as ‘tradional’ and ‘indigenous’, among others.

Whites are indigenous to their homelands. Their practices are traditional in their motherlands. How does that make own practices inferior?

We shall revisit this topic in a future discussion.