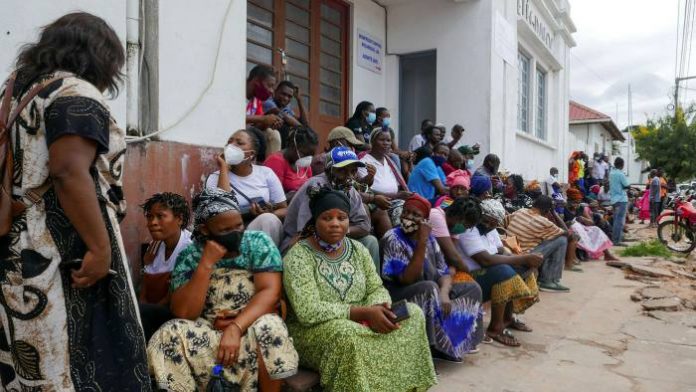 THE insurgency in Cabo Delgado, Mozambique, is an ongoing conflict between Islamist militants attempting to establish an Islamic State in the region and Mozambican security forces.

Civilians have been the main target of attacks by the Islamist militants.

Of late, the Islamist militants are targeting foreigners and expatriates.

Ansar al-Sunna’s name is similar to the name of an Iraqi Sunni insurgent group that fought US troops between 2003 and 2007.

Locals call them ‘Al-Shabaab’, but they are a separate organisation from Somali Al-Shabaab.

The Islamic State of Iraq and the Levant (ISIL) and outside observers have claimed that all, or at least factions of Ansar al-Sunna, have joined the Islamic State’s Central Africa Province.

Regardless, ISIL does not seem to actually control the Mozambican insurgents, although there is evidence that it has sent trainers to aid the insurgency.

From mid-2018, ISIL has allegedly become active in northern Mozambique as well,and claimed its first attack on Mozambican security forces in June 2019.

In addition, bandits have exploited the insurgency to carry out raids.

The insurgency is intensifying, as in the first half of 2020 there were nearly as many attacks carried out as in the whole of 2019 and in the first quarter of 2021, they have taken over towns and displaced over a million people, killing over five thousand civilians.

The northern Mozambican town of Mocimboa de Praia came under heavy attack by a jihadist non-State armed group on March 23.

The town is best known internationally for its proximity to Mozambique’s liquid natural gas fields, still under development and set to be worth billions of dollars.

Because the rebels specialise in cutting off internet and completely blackout the dissemination of information, it becomes difficult to distinguish fact from fiction.

The Cabo Delgado province has been embroiled in violence since October 2017.  The Mozambican armed forces are unable to contain the violence, which led to the involvement of troops from the Russian private military company Wagner.

Its forces arrived in Mozambique in September 2019, but suffered a number of defeats and deaths at the hands of the fighters in the first two months.

Wagner has not left Mozambique, but it has had to significantly reassess the strength of its opponents.

Meanwhile, ISIS has claimed responsibility for some of the violence, referring to its Central Africa Province (ISCAP) as having been behind certain attacks.

Despite their impact, these militants are extremely poorly understood – to date there is no agreed-upon name for the group.

Journalists and researchers are largely blocked from accessing Cabo Delgado.

It isn’t clear whether the present violence is the work of a singular group or whether multiple groups have now formed in the area, with other violent actors taking advantage of the chaos to pursue their nafarious agendas.

It appears there has been no swift response to the insurgency.

The insurgents are actually led by some Mozambican criminals who are hoping to control the natural resources found in the province.

The war in Mozambique is part of an alarming expansion of insurgencies believed to have ties to the Islamic State in several parts of Africa.

In the past year, militants have captured swathes of territory in the northern province of Cabo Delgado, including a port on the Indian Ocean, and beheaded hundreds of civilians, according to human rights groups.

The spread of the activities of the rebels has caught nations unprepared.

Radical preachers began working in Cabo Delgado in 2014 and 2015, many of whom were believed to have come from the nearby Tanzanian border.

Some were Tanzanian nationals, but there were also, reportedly, a few Kenyans, Ugandans, Somalis and Congolese.

It appears that since at least 2015, the group has been preparing for militant action and running training camps in the compounds of some of the mosques they built.

While it did find many willing recruits, a majority of Cabo Delgado’s residents were opposed to their activities.

But the government did not act then.

The government was afraid the West would call them dictators if they shut down such activities. But now the activities are being shut at a higher cost.

The new sect was inflaming tensions within Muslim families and mosques, pitting the Sufi traditions of the area against the new radical brand of Islam.

Locals were disturbed by the militant preparations and reported the group to the authorities several times.

However, the security forces did not respond until May 2017 when they began imprisoning large numbers of youth they suspected of involvement, further heightening a sense of mistrust of the authorities.

The militant Islamists finally struck back against the security forces; first in August and then more spectacularly in October 2017 when they attacked the police station and other government buildings in Macimboa de Praia, killing 17.

The attack’s notoriety spurred the militants’ recruitment efforts and the group quickly expanded to over 300.

Its present numbers are unknown, but its capability suggests it has grown bigger.

While the militants portray themselves as just and pious in contrast to a corrupt State, they have used widespread violence against civilian communities, including beheadings and other gruesome actions.

Only last week, the US formally designated the group a global terrorist entity and imposed sanctions on its leader, named by American officials as Abu Yasir Hassan. This is too little too late.

I can not help but draw similar lines with our own radical pastors who are using the pulpit to attack the Government.

Some have mental health history and they are now having slogans praising themselves and not God. This must be dealt with now; it is not too late.

The region and the AU must decisively act to ensure the insurgents are stopped.

For views and comments Vazet2000@yahoo.co.Uk