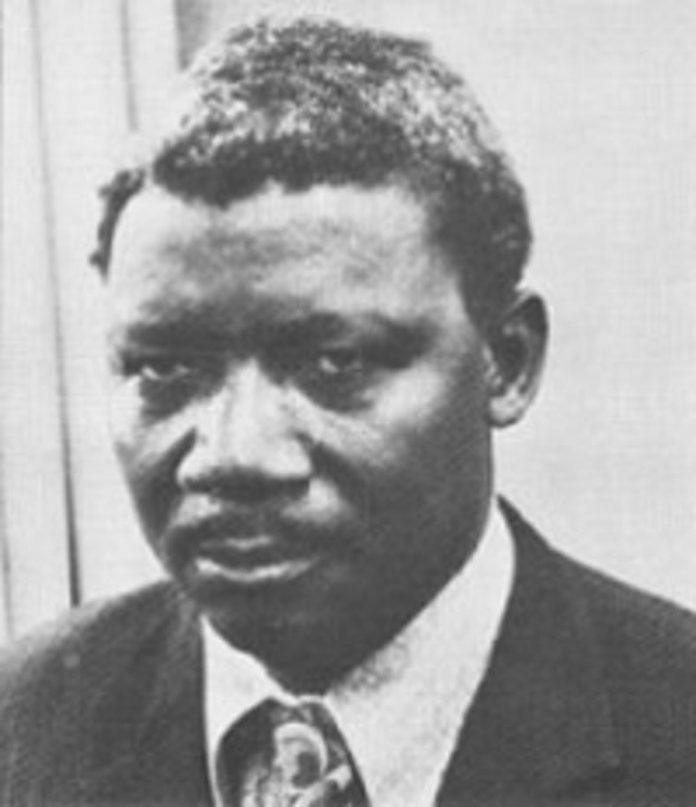 AS we celebrate the life and sacrifice of this giant of our liberation struggle, Comrade Herbert Pfumaindini Chitepo, an unparalleled freedom fighter, we are reminded once again of his wisdom that speaks to our current problems and lights the way forward for our great nation.

This article and the next are dedicated to his clarity and genius on the economic future of our Zimbabwe.

“We realise that what we are dealing with is not simply racism, but imperialistic exploitation.

The white people who are in Zimbabwe are largely of the post-Second World War generation.

They left Europe after the war, to seek greater opportunities, to seek more fortunes, greater status in society which they couldn’t get in their own countries.

It is our determination in the attacks that we have embarked on, to remove that whole structure of society based on corruption, on privilege, on exploitation backed not only by the Rhodesians themselves, but backed by huge international capital.

Zimbabwe’s situation, the settlers there, can and truly should be looked upon really as the immediate local agents of a huge international capitalistic manouver to control and continue to exploit the resources of Zimbabwe.

We are just a natural resource, to be exploited for the benefit of these big companies.

The companies are the biggest influences in America and in various other countries.

If these companies are threatened by the indigenous people, you will no doubt find that their countries will send troops to go and save their so-called properties in these areas.

They want to use the resident white minority as their immediate agents for carrying out their exploitation on their behalf.

I say this because I think it is very important for us to appreciate that the struggle we are engaged with is not simply against the immediate European settlers by themselves.

In the background is a whole lot of other people; South Africans, the Portuguese, the British, the French, the Germans, the Americans.

They are all part of the exploiting machine.

That is what we are fighting against.

And, I can tell you quite definitely it is our intention that nobody in Zimbabwe will ever feel safe either in any form in property, in economic privilege in anything, until the ultimate goal is won.

What is the ultimate goal?

The ultimate goal is majority rule.

The ultimate goal in economic terms is the abolition of the system of exploitation.

That means, we don’t merely seek a so-called rough change in society in Zimbabwe.

We are seeking what we describe as a systemic change.

We want to change the whole system.

By revolution, we understand a turning of the wheel.

We want an entirely new society based on no exploitation, true equality and true justice for all.”

Africa is the richest continent in the whole wide world and yet its people are the poorest, prompting some African leaders (President Jammeh of Gambia and President Dr Tony Aidoo of Ghana) to suggest that it is best to leave the resources in the ground than to allow them to be extracted for peanuts, for the enrichment of Western countries while their people starve.

This is the tragedy of Africa; to be endowed with the vast resources, to be the richest continent in the world and yet to have these huge resources owned and controlled by others, by foreigners, mainly of white extraction from the West while the majority of Africans are beggars.

Comrade Chitepo lamented this tragedy and underlined it as a critical goal in our armed struggle; for what shall we liberate if nothing belongs to us anymore?

This is a basic lesson in political economy.

The battle in Africa is for the control of its riches. The wars in Africa are attempts to use Western-sponsored terrorist gangs to get into power in order to facilitate the looting of the continent’s resources.

Such terrorists as Mobutu Seseko were used in this manner while Jonas Savimbi was another. Locally, we have the MDC whose watchword is violence and lawlessness to illegally unseat the Government which is the people’s choice so that the West can use an MDC government to ‘legally’ loot the nation’s resources.

Mobutu engineered the murder of Patrice Lumumba, a leader popularly chosen by the Congolese, to replace him (Patrice) by himself, a terrorist agent of the West.

George Soros’s millions to pay sellouts to orchestrate the removal of the ZANU PF Government are paltry compared to what Zimbabwe’s mineral wealth adds up to.

The sellouts on his payroll are blinded by a few US dollars to sell their birthright.

In fact, what blinds them is not the money but the lack of love for their country and people.

The swarms of NGOs purporting to take care of the hunger and health problems of the masses are a huge machinery to patch up the fissures caused by Western exploitation; to blind the people to who the real looters and plunderers are.

If Africa’s resources were left where they belong, there would be no hungry Africans; no Africans needing health subsidies or education supplements from foreigners.

Africa’s endowment in resources underlines boldly that Africans were never meant to go hungry, to die of plagues, to go naked or barefoot while the tummies of those who loot their resources are bursting at the seams.

They loot Africa’s resources and then turn to the struggling Africans and say: ‘We can lend you money provided you do everything we say’.

So they loot our resources and then tell us to be their slaves if we want to get out of the difficulties they created for us?

But then, we will never get out of the difficulties unless the looting stops, which is precisely why they insist that we do as they instruct, because their instructions ensure that the looting and plunder never stops.

To stop the looting and plunder we enact laws to promote indigenisation, to empower the owners of the resources, the Africans.

But afterwards there is an uproar; sanctions, threats to withdraw investments and such like.

The liberation wars were fought to save the African nations’ resources from those who took them at gunpoint and if this is not achieved, then what is liberation?

Thus, Chitepo said then and would still say today: “It is our determination … to remove that whole structure of society based on corruption, on privilege, on exploitation backed not only by the Rhodesians themselves, but backed by huge international capital…,” underlining then that: “The ultimate goal (of the struggle) in economic terms is the abolition of the system of exploitation.”

Through empowerment of Zimbabweans, we are taking steps towards restoration of ownership and control of the nation’s resources to its owners, to stop the scourge of hunger and disease among our people, the scourge of wearing castoffs from Europe, of eating unhealthy food, the heartbreak of failing to send our children to school due to poverty, to stop the inhumanity of our people living as squatters in the land of their birth, as indeed, we sang during the liberations struggle: