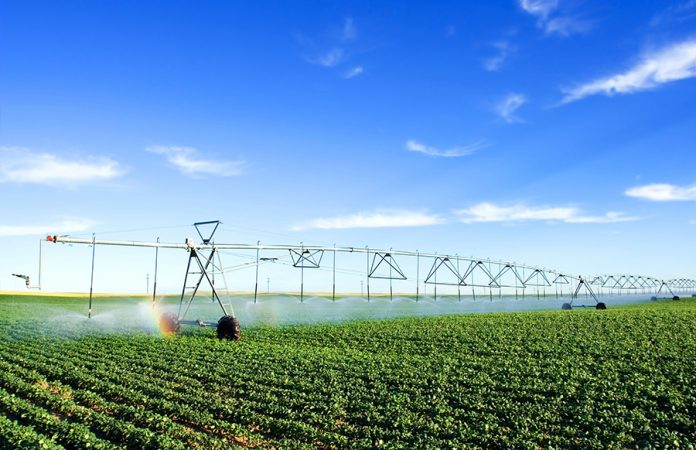 THE current thrust by the Second Republic to create an environment conducive to increased overall economic productivity will go a long way in attaining Vision 2030.

Climate Smart-agriculture and increased efficient productivity in agriculture, mining and the manufacturing or value addition chain is essential in contributing to the Gross Domestic Product (GDP) of a country.

The extractive sector is poised to be a US$12 billion industry by 2030 and cannot be left out in the need for efficient productivity in order to grow the economy.

In this installment, agricultural productivity will be our focus as we zero in on increased crop, livestock and forestry productivity variables in upcoming installments.

It must be observed that agriculture is the backbone of Zimbabwe’s economy and 67 percent of Zimbabweans remain largely a rural people who derive their livelihood from agriculture and other related rural economic activities. Agriculture provides employment and income for 60-70 percent of the population, supplies 60 percent of the raw materials required by the industry for value addition and contributes 40 percent of total export earnings, with potential for growth.

As the main source of livelihood for the majority of the population, the performance of agriculture is a key determinant of rural livelihood resilience and poverty levels.

For increased agricultural output to be achieved, attention to irrigation, post-harvest produce handling and storage, ecological and environmental considerations will need to be instituted.

Pursuant to the foregoing, increased agricultural productivity through irrigation in Zimbabwe has long been recognised as crucial to agricultural development.

Before 1980, priority was on water development through supporting dam construction and providing concessionary loans for irrigation development for large-scale farms.

That is set to be transformed as the Second Republic’s approach is cross-cutting and all-encompassing to include, irrigation development in the small-scale and communal farming areas so as to achieve national food and nutrition security.

In the Compendium of projects implemented by the Second Republic of Zimbabwe: January 2018 to December 2020, President Emmerson Mnangagwa states in the foreword that: “As a People-centric Government, emphasis has been on implementation of quick-win programmes and projects that positively impact the livelihoods of people,” as such, irrigation is a quick-win programme with immediate benefits.

Historical imbalances in land and water, lack of investment in small-scale and communal irrigation infrastructure and inadequate support services are among the major factors that are driving food insecurity in the country as well as natural shocks, low skills and knowledge base of farmers, shortage of inputs, low levels of mechanisation, reliance on rain-fed agriculture, limited access to market information and marketing facilities, limited access to finance and limited security of tenure according to Chapter Four on Food and Nutrition Security Section 283 of the NDS1.

Vision 2030 yearns for an empowered and prosperous upper-middle income society by 2030, hence it is imperative to migrate from rain-fed agriculture.

Given the new normal under COVID-19 pandemic which has disrupted economic activities across the globe, particularly tourism, mining, the global travel services industry and manufacturing sectors, we must quickly adapt to these changing scenarios as the future pattern of this disease and its full impact on economic pillars, agriculture included, remains uncertain.

Water and irrigation development is a decisive factor in the production of strategic crops such as maize, wheat, sugarcane and, more recently, the production of high value crops, particularly, horticulture and tobacco.

Communal farmers produce 70 percent of maize, millet and groundnuts. They are particularly vulnerable as they have access to less than five percent of national irrigation infrastructure, a situation the Second Republic is currently addressing through the NDS1.

The potential role of irrigation for small-holder and communal farming development is critical as 75 percent of the drought-prone communal areas lie in Natural Regions Four and Five, which receive an average 600 mm or less of rainfall a year.

The drought of 1986-87, 1991-92, 1993-94 and 200-2003 seasons had the most devastating effects on communal and resettlement areas. Despite high population densities, water and irrigation development are at sub-optimal stages.

The formulation of NDS1 marks a departure in planning approaches; the full adoption of the Integrated Result Based Management (IRBM) system, complemented by Public Sector Reforms (PSR) through the Whole of Government Approach are game changers.

Increase in agriculture production and productivity, especially by small-holder farmers, will ensure food and nutrition security, enhanced income, increased opportunities for value addition and the development of agro-business value chains. Production and productivity in key locomotive or anchor sectors (agriculture, mining, manufacturing, and tourism) will be critical in achieving the overall goal of sustainable economic growth and subsequent national development.

Zimbabwe is estimated to have untapped irrigation potential of 250 000 ha. However, the Second Republic seeks to add another 100 000 ha by 2025.

The Land Reform and Resettlement Programme has transferred a considerable amount of irrigation potential from the large-scale commercial sector to the resettlement sector under A1 and A2 models.

The majority of the schemes in the communal areas are relatively old, ranging from 30-50 years.

The bulk of the infrastructure in these schemes has outlived its lifespan and needs rehabilitation.

Some of the infrastructure in various schemes has deteriorated faster than expected due to inadequate maintenance, poor operation and mismanagement by farmers and sub-standard workmanship during construction.

The NDS1 recognises irrigation as one of the most important factors for increased agricultural productivity and development, given the country’s vulnerability to droughts and the high risk of rain-fed agriculture.