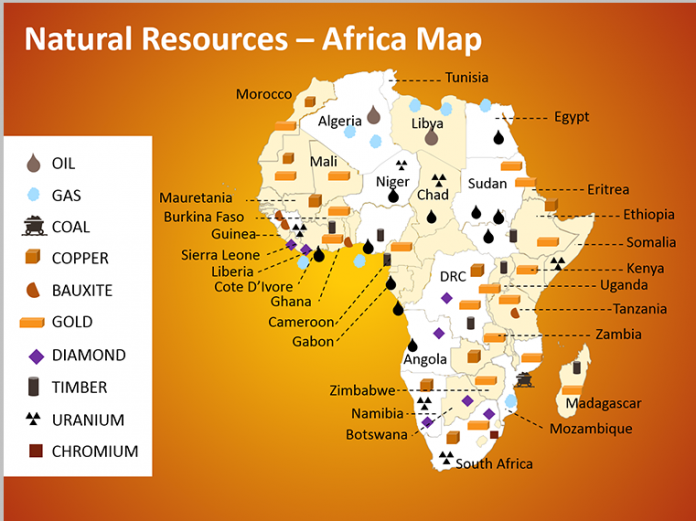 WITH the on-going COVID-19-induced ‘stay at home’ recommendations, I have had ample time to catch up on some reading.

An article titled ‘Africa has fallen behind the rest of the world’s economies’ caught my attention and prompted me to question why this is so?

According to the article: “Africa has fallen behind because its people, despite their historical abilities in science, have not done this in an organised manner.

The more the Western world was able to invent and innovate in the past 300 years, the more ‘civilised’ it became.

And as Africa, in comparison, remained closer to nature and was dominated by natural phenomena, the more ‘primitive’ and backward the continent seemed.

Western science led to the invention of gunpowder and other superior military weapons that outclassed bows, arrows and spears.

Combined with the development of shipping transportation, the West became explorers of the world, advanced a world-view of racial superiority, which led to their acts of military and economic conquests that resulted in the trans-Atlantic slave trade and colonialism.”

The slave trade had a long-term debilitating impact on African economic development.

These were two evil epochs that were based on, and achieved because of, science and technology.

It is difficult nowadays to imagine life without electricity, cars, locomotives, telephones, computers, air-conditioners, refrigerators, dishwashers as well as many other everyday machinery and appliances that make life in the modern era convenient, comfortable, more economically productive and enjoyable.

But for millions of Africans, life without these inventions and the innovations based on them is still a daily reality for them – why is it so?

The African continent, which covers approximately 30,3 million km2 including adjacent islands that includes Madagascar and various archipelagos, is the world’s second-largest and second-most-populous continent.

As of 2013, it accounted for about 15 percent of the world’s human population; the youngest population amongst all the continents.

The climate of Africa ranges from tropical to sub-tropical and sub-arctic on its highest peaks.

Geologically, Africa includes the Arabian Peninsula, the Zagros Mountains of Iran and the Anatolian Plateau of Turkey which mark where the African Plate collided with Eurasia. Egypt’s Sinai Peninsula, east of the Suez Canal, is often considered part of Africa as well.

Most paleoanthropologists consider Africa to be the oldest inhabited territory on earth, with the human species originating from the continent, particularly central Eastern Africa, which is widely accepted as the place of origin of humans and the hominidae clade (great apes), as evidenced by the discovery of the earliest hominids and their ancestors, as well as later ones that have been dated to around seven million years ago, including sahelanthropus tchadensis, australopithecus africanus, homo erectus and homo habilis – with the earliest homo sapiens (modern human), found in Ethiopia and dated to circa 200 000 years ago.

The domestication of cattle in Africa preceded agriculture and may have existed alongside hunter-gatherer cultures.

By 6000 BC, cattle were already domesticated in North Africa.

In West Africa, the empires of Sudan, Ghana, Mali and Songhai all flourished.

The development of hieroglyphics (a complex written language) originated in Ancient Egypt in North Africa about 3300 BC.

From the building of massive pyramids that still stand today, to the creation of the plough which shaped world civilisation, ancient Egypt was one of the world’s earliest and longest-lasting civilisations, with established trade links on the north-west African coast at Carthage, the capital of the province of Africa Proconsularis, which, under Roman rule, included the coastal part of modern Libya.

Iron working was introduced in Northern Africa by the 1st millennium BC, and spread across the Sahara into the northern parts of sub-Saharan Africa.

By roughly 500 BC, metalworking became commonplace in West Africa and was fully established in many areas of East and West Africa.

The excavation of copper objects from Egypt, North Africa, Nubia and Ethiopia in West Africa, dating from around 500 BC, suggest that trans-Saharan trade networks had been established by this date.

Iron, trade and agricultural surpluses led to the establishment of cities and civilisations.

Across the Saharan Desert and along the Swahili coastline of East Africa, vast trade networks developed.

World-renowned marketplaces and massive cities emerged at trade crossroads, such as Great Zimbabwe, Zanzibar and Timbuktu.

Great Zimbabwe emerged as the most complex civilisation throughout Southern Africa.

The people built permanent stone structures and created an elaborate civilisation exploiting the mineral wealth of their land, traded with their neighbours and ultimately established a large network throughout the area and beyond.

In every possible sphere, from agriculture to architecture, mining to medicine, writing to arithmetic and science, Africa excelled at and even led the way.

In 1999, Ahmed Zewail won the Nobel Prize in Chemistry for his work in femtochemistry; methods that allow the description of the change of states in femtoseconds or very short seconds.

Guinea, in north Africa, once a major gold producer, is today the world’s largest exporter of bauxite.

Most of the world’s arable land is in Africa, yet Africa remains the world’s poorest and most underdeveloped continent.

What then is holding Africa back?

Africa has come a long way since the Century of Oppression and Exploitation, yet the cradle of mankind, with its long and lustrous history, is today undervalued, exploited and unrecognised for its potential.

But are science and technology the inhibitors to Africa’s progress?

Or could it be the brain drain?

A phenomenon that is also affecting Zimbabwe in recent years, is described as an ‘African brain drain’.

With the exception of South Africa, Africa has, in recent decades, increased its collective science funding by approximately 50 percent.

According to former Nigerian President Goodluck Jonathan: “There is nowhere in this world now you can move your economy without science and technology – without that we are just dreaming.”

He encouraged African countries to invest in science and technology to create wealth and achieve: “A new liberation using its untapped natural wealth, human resources, and effective policy to create wealth that by-passes Western-led globalisation and creates national and continental technology hubs, to reposition Africa with advantage, in the phenomenon of globalisation.”

A clarion call shared by President Emmerson Mnangagwa, and the new dispensation, who dared to dream big and in line with Vision 2030, in launching the Zimbabwe National Geospatial and Space Agency (ZINGSA), in July 2018, in order to ‘modernise and industrialise through science and technologies’.

However, he should not forget industrial design which anchors innovative development.

This year, he commissioned a laptop assembling plant, proving his desire to bring the nation up to speed with science and technology.

Technology parks have a long history in the US and Europe, yet their presence across Africa is still limited.

The continent is lagging behind other world regions in terms of funding technological development and innovation.

Egypt, Madagascar, Morocco, Senegal, Tunisia and SA are the only six countries out of the 50 that have made the development of technology parks an integral part of their development goals.

Will Zimbabwe be next?

The writer went further to suggest that African countries need to make technology and innovation a strategic priority in order to liberate the continent from the unfair dominance of globalisation.

The writer asks: Why not manufacture our own mobile phones or innovate based on the original cell phone since no nation will willingly transfer its technological know-how because that knowledge is the basis of their competitive advantage?

Industrial nations can, at best, give developing nations a superficial insight into their know-how and, even then, only in the context of foreign investment deals in which developed countries that host foreign direct investment inflows skillfully negotiate and secure such agreements, and have skilled workforces to absorb and expand on such prowess.

Africa, including Zimbabwe, is a geo-economic giant – the world needs our resources, but so do our present and unborn children.

As Zimbabwe, together with the rest of Africa, celebrated Africa Day on May 25, let us spend some time to reflect and give thanks to the Almighty for the abundant resources that he has bestowed on our continent and let us reflect before we unwittingly dissipate them, to our cost.

Dr Michelina Andreucci is a Zimbabwean-Italian researcher, industrial design consultant and lecturer. She is a published author in her field.