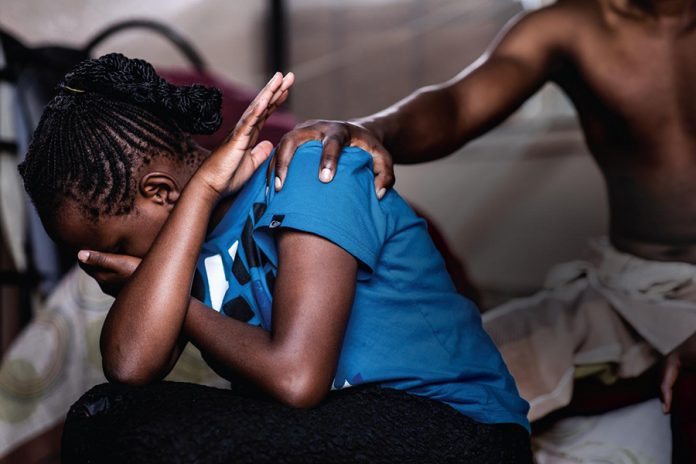 OVER the past few weeks, the story of the nine-year-old pregnant girl from Tsholotsho headlined both the mainstream and social media, leaving the public shell-shocked.

She eventually gave birth to a baby girl via cesarean section this week with the Bulawayo-based doctors who performed the operation advising that both mother and baby were doing well.

This incident not only came as a shock, judging from comments by the public on different media platforms but it left the society with a major question.

Is the girlchild safe in the society we now live in?

It is alleged that the girl was repeatedly raped and investigations are currently underway with the father in custody assisting the police with investigations.

This case, however, is not new as last year another incident of a girl who died of childbirth complications made headlines.

The question remains: Are responsible authorities making efforts to safeguard the girlchild from sexual abuse?

According to UNICEF, child sexual abuse also known as child molestation is a form of child abuse in which an adult or older adolescent uses a child for sexual stimulation.

Forms of child sexual abuse include engaging in sexual activities with a child (whether by asking or pressuring, or by other means), indecent exposure (of the genitals or female nipples), child grooming and child sexual exploitation, such as using a child to produce child pornography.

Child sexual abuse can occur in a variety of settings, including home, school or work (in areas where child labour is common).

The effects of child sexual abuse can include depression, post-traumatic stress disorder, anxiety, propensity to further victimisation in adulthood and physical injury to the child, among other problems.

Sexual abuse by a family member is a form of incest and can result in more serious and long-term psychological trauma, especially in the case of parental incest.

The global prevalence of child sexual abuse has been estimated at 19,7 percent for females and 7,9 percent for males.

It is said most sexual abuse offenders are acquainted with their victims.

Approximately 30 percent are relatives of the child, most often brothers, fathers, uncles or cousins.

Around 60 percent are other acquaintances, such as friends of the family, babysitters or neighbors; while strangers are the offenders in approximately 10 percent of child sexual abuse cases.

Article 34 of the United Nations Convention on the Rights of the Child says: “Children and young people have the right to be protected from sexual abuse.

If a child or young person has a disability, the government should make sure they are protected from sexual abuse.”

Zimbabwe is party to various international legal frameworks that call for the State to protect children from sexual abuse.

Article 27(1) of the African Charter on the Rights and Welfare of the Child (ACRWC) clearly states that: “States Parties shall undertake to protect the child from all forms of sexual exploitation and sexual abuse and shall in particular take measures to prevent.”

Article 34 of the Convention on the Rights of Children states that: “States Parties should undertake to protect the child from all forms of sexual exploitation and sexual abuse.”

It is against this backdrop, Zimbabwe has put in place local legal frameworks that also speak against child sexual abuse with Section 64(1) of the Criminal Law (Codification and Reform Act) stating that: “A child below the age of 12 can not consent to sexual intercourse.”

Section 70 (1) of the same instrument notes that, “it an offence to have sexual intercourse with a child below 16 even if they consent.”

Children’s rights advocate Thandiwe Pilime said there was need for advocacy and awareness campaigns on sex education targeting children so that they are aware of their rights.

“In the case of the girl from Tsholotsho, the pregnancy was discovered late and it is suspected she was raped over a long period of time,” she said, adding, “This is something continued advocacy and awareness can help alleviate because once we make these children aware of their rights and that they can report such cases early.

“This calls for a multi sectoral approach with the traditional leaders, religious leaders, teachers, the police and community working together to assure children there are safe institutions they can report sexual abuse.”

But when all is said and done, certain men out there must hang their heads in shame.

Why do we all of a sudden have hyenas out there?

When they want to eat their offspring, they start accusing them of smelling like goats.

Spare a thought for the girlchild please!