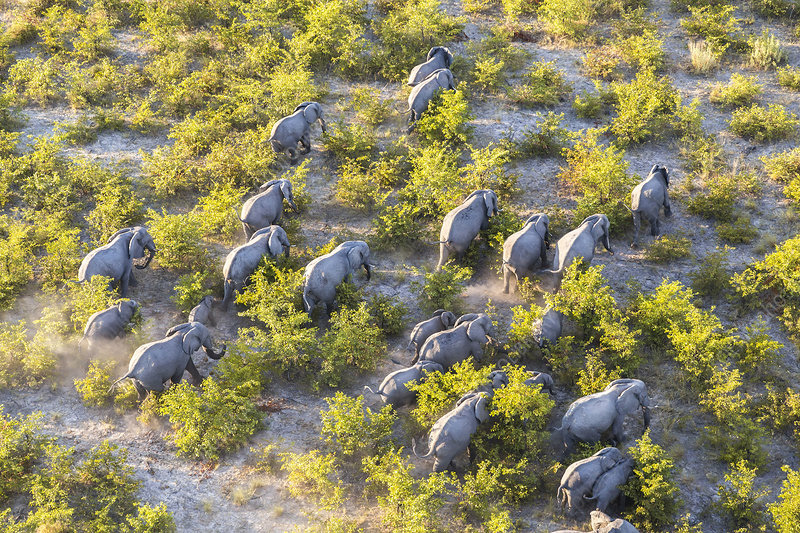 A US-based ivory expert has dismissed fears that if the UN international wildlife trade regulating agency CITES uses socio-economic factors to determine the threat to any species it will compromise ‘the ‘science’ applied to the analysis’.

The ivory expert, who manages the Los Angeles-based Ivory Education Institute, Godfrey Harris, argues that the ‘science’ is pretty thin in much of what CITES does in any case and is only usually invoked to give assurances to donors of the quality of the agency’s decisions and the importance of its mission.

Harris’s thoughts on the quality of the science behind a lot of what CITES does was in response to a formal comment published in the April 2022 issue of the journal, Frontiers in Ecology and Evolution.

The comment was signed  by eight representatives of major Western animal rights groups in which they advised CITES to exclude any socio-economic factors in determining the threat to a species because it “…will interfere with the ‘science’ applied to the analysis.”

It appears that animal rights groups are opposing socio-economic issues because it would work against their attempts to end all trade in African elephants by moving the species from CITES Appendix II to CITES Appendix I at the UN organisation’s tri-annual meeting in Panama, in November 2022.

Here is the detailed position of the anti-trade, animal rights groups as expressed in their journal comment: “We believe (the) arguments (of those who favour socio-economic considerations) are fundamentally flawed. Their recommendations, if adopted, could fatally undermine CITES’ ability to carry out its purpose, which is to protect wild species from overexploitation through international trade. Embedding socio-economic factors in CITES listing criteria would disrupt the scientific basis of the listing process without truly addressing the economic inequalities and inequities of the wildlife trade.”

Animal rights groups, with their allies in the Western environmental bureaucracies and their friends in related UN agencies, have long promoted the myth that whatever CITES decides and does is rooted in science.

Harris indicated that such science is pretty much ‘a myth’.

“The animal rights groups claim that science is behind their opposition to international trade in wildlife, (but that science is) not very solid,” he said.

“They have only speculation, interpretation and other questionable evidence for their ‘scientific’ findings.”

Harris asks how accurate elephant counts can be when they are dependent on fly-overs of African open space on clear days?

“Are assumptions about the numbers of elephants hidden among trees or lost in cloud-shrouded areas close to accurate?” he wonders.

“Are all dead elephants killed for their tusks or do some die as a food source for native tribes or from injury, battles and old age? Moreover, how good are the ‘science-based’ conclusions when determined solely on confiscations of tusks at ports? Are these tusks the result of fresh kills or (perhaps) pulled from storage facilities? Are the assumptions made for tusks that evade surveillance accurate?”

“A statement of science behind conclusions that are based on such thin, questionable, and shaky data needs to be carefully considered and not just accepted on its face value,” said Harris.

Yet, by invoking the common belief that ‘following the science’ is an action worthy of being preserved in stone, the animal rights groups “…hope to end the debate that might challenge any of their underlying claims.”

“They know that an easy way to stop any use of a wild species for any purpose is to invoke a scientific basis for their declarations,” said Harris.

“They want outsiders to believe that their facts and those used by CITES are fixed in concrete and are as certain as the sunrise.”

He said that millions of gullible people around the world who donate their money to the animal rights groups’ fundraising industry believe in the sanctity of science. But when it comes to much of what CITES does “…the science turns out to be a myth.”

“It should be exposed and that effort should begin now!”

Meanwhile, the animal rights groups argue in their April 2022 formal comment that: “Socio-economic factors are both difficult to quantify at the global level and potentially subject to manipulation by commercial interests. Introducing them through Dr Rosie Cooney (renowned IUCN conservation biologist) et al’s proposals would weaken or even destroy the (CITES) treaty’s ability to fulfill its core purpose: namely, to protect species over-exploited by international trade.”

Harris points out, as an aside, that hyperbole is not beyond the animal rights groups if they think it will bolster their position. He notes that nothing in the CITES treaty talks about excessive exploitation through international trade. It only calls on signatory nations to regulate “…international trade in endangered species” — a simple, clean and broadly-based statement.

This point aside, hundreds of conservation and sustainability specialists worldwide strongly recommend that socio-economic factors be taken into account when making decisions to protect endangered animal and plant species. Why? Because as Dr Dan Stiles, respected  Kenya-based wildlife research specialist, notes: “…trade is not the major threat to the survival of most wild species — habitat loss and conflict with humans are.”

Dr Stiles goes on to note that “…putting the tiger on CITES Appendix I did not and will not stop habitat loss and human population growth. In fact, if wild tigers had been made of value to people living near tigers, they might have retained their habitat instead of invading it and turning the land to uses more valuable to them than tigers that they were prohibited from hunting and trading.”

His concluding statement could not be clearer: “Make the species of value, and people will make an effort to keep it.”

Harris said that despite the wishful thinking of the authors of the statement published in Frontiers in Ecology and Evolution, the assumption that trade — any trade — leads to ‘exploitation’ is wrong.

“Worse, the assumption fails to take into account the sound work done by CITES in the past to bring species back from near extinction through imaginative management. How the Nile crocodile and the Andean vicuña were saved by CITES from a fatal negative spiral was inspired by sustainable international trade in their products. The same type of work today applies to the raising of rhinoceros, large cats, and other iconic animals on private preserves to enhance the herds, protect the habitat, balance the various species and prevent illegal harvesting.”

But that may be too much detail for the animal rights groups dedicated to ending all trade in wildlife species to absorb, Harris notes. They know an easy way to stop any use of a wild species for any purpose is to invoke a scientific basis for their declarations.

The science behind the international ban on the ivory and rhino horn trade has clearly failed to save a single elephant or rhino for the past 45 years.