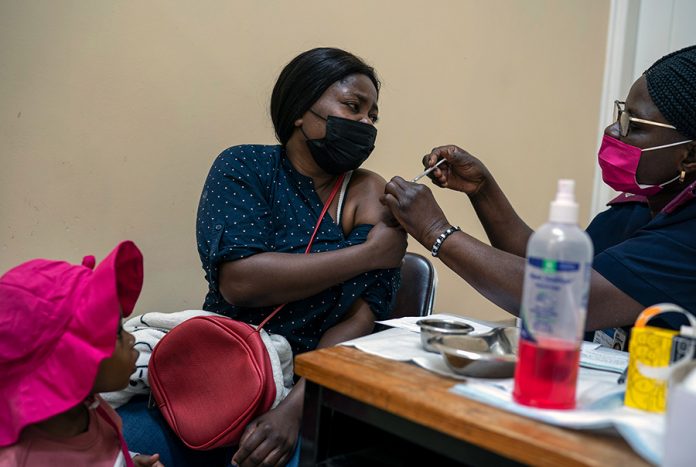 BY now everyone is sick and tired of hearing the words COVID-19, variants and sub-variants.

It is quite exhausting really and, frankly, no-one can be blamed for feeling that way.

One gets the distinct feeling of falling helplessly in this deep dark endless pit when the topic of COVID-19 arises.

Because then it means lockdown measures might resume, schools could remain shut, hospital visits could be barred again, thus begins another cycle of depressing events.

Many have pinned their hopes on the wave of omicron as being the variant that may bring an end to the pandemic by helping countries achieve a certain level of population immunity, while ushering the world to the endemic phase; learning to live with COVID-19 just like how the world has learnt to live with the influenza.

Omicron, also known as BA.1, was identified 10 weeks ago, with almost 90 million cases having been reported since then.

Cases of omicron have been on a downward trend but a sub-variant of omicron, called BA.2 and dubbed ‘son of omicron’ or ‘stealth omicron’ has started to make the world a bit uneasy.

Recent trends suggest BA.2 is increasing in some countries, including India, the UK and Denmark, according to WHO.

Many countries are now in panic mode as it has started replacing BA.1 to become the dominant strain.

According to UN health agency’s epidemiological update, BA.2 now accounts for more than half of all sequenced omicron cases.

What do we know about stealth omicron variant/ BA.2?

BA.2 is a descendant of the omicron variant of COVID-19

It has been found in 57 countries so far.

At least 15 000 genetic sequences of BA.2 have been uploaded to the global COVID-19 platform GISAID.

Scientists and researchers have discovered that BA.2 shares 32 of the same mutations as BA.1 but there are also 28 that are different.

The BA.2 has spread across the world but is becoming particularly strong in Europe.

It is deemed to be, ‘stealthier’ than the original version of omicron because of certain genetic traits that makes it more difficult to detect.

The BA.2 is missing in the spike 69-70 mutations, something that causes the ‘S’ gene target failure which triggers a positive reaction of the polymerase chain tests ( PCR) making it go largely unnoticed amid the omicron cases; hence the nickname the ‘stealth variant’. Scientists are monitoring it the same way they have monitored previous variants, like delta, by tracking the number of virus genomes submitted to public data, such as GISAID.

Omicron is more highly transmissible than previous variants and has been mild in most cases, especially in vaccinated individuals.

BA.2 is even more transmissible than BA.1. However, there is no evidence of increased severity, according to WHO.

In Denmark, 20 percent of known omicron cases were from BA.2, while two weeks into the year 2022 the percentage had risen to 45 percent and approximately 82 percent of cases as of early February.

A study done by researchers from the University of Copenhagen and Statistics Denmark found BA.2 to be more transmissible than the original.

It showed 39 percent of people infected with a BA.2 sub-variant were likely to infect others in their households, compared to 29 percent of those who were carrying the original version.

The study analysed data gathered from 8 541 households in December and January in Denmark, where the new sub-variant has become the dominant strain.

The risk of infection with either type was higher in those who were not vaccinated; underlining a positive effect of vaccination, reported the study.

The study noted that the higher susceptibility to infection and greater transmissibility of BA.2 would likely result in more extensive spread of the virus among unvaccinated children in schools and day care.

Its impact is unlikely to be substantial, although more data is needed.”

Researchers also found that people who received a booster were even less likely to transmit the virus than people who were fully vaccinated.

As of January 28, the Ministry of Health in Singapore announced that the sub-variant of omicron had been found in the country, with 40 local cases and 150 imported cases.

In Hong Kong, more than 200 people have been infected with the ‘stealth variant’ which was traced back to a traveller infected by the strain during a 21-day hotel quarantine stay, according to the Government of Hong Kong.

There has been no alarm raised by WHO.

BA.2 is currently considered a sub-variant of omicron, and will not receive its own Greek letter unless globally deemed a ‘variant of concern’

Doctors still have a lot to discover about BA.2, including whether people previously infected with omicron can be re-infected.

In South Africa, a high proportion of cases are now the BA.2, but all appears to be under control.

The South African government announced new regulations on Monday citing that a large number of their people had gained immunity exceeding 60-80 percent.

Therefore, individuals who test positive but with no symptoms are no longer required to isolate.

Contacts will not isolate unless they develop symptoms.

Isolation period has been reduced from 10 days to seven.

The regulatory provision for social distancing of one metre for learners in schools has been removed.

However, on February 1 2022, WHO director-general Dr Tedros Adhanom Ghebreyesus said: “We are starting to see a very worrying increase in deaths in most regions of the world.

It’s premature for any country either to surrender or to declare victory.”

How South Africa fares under its new regulations will become a learning curve for other African countries.

As for Zimbabwe, the COVID-19 safety measures are still a must.

We must continue to maintain social distancing, weari masks, sanitise and get vaccinated.

Let’s not forget the booster dose too.