Home Feature Lest we forget 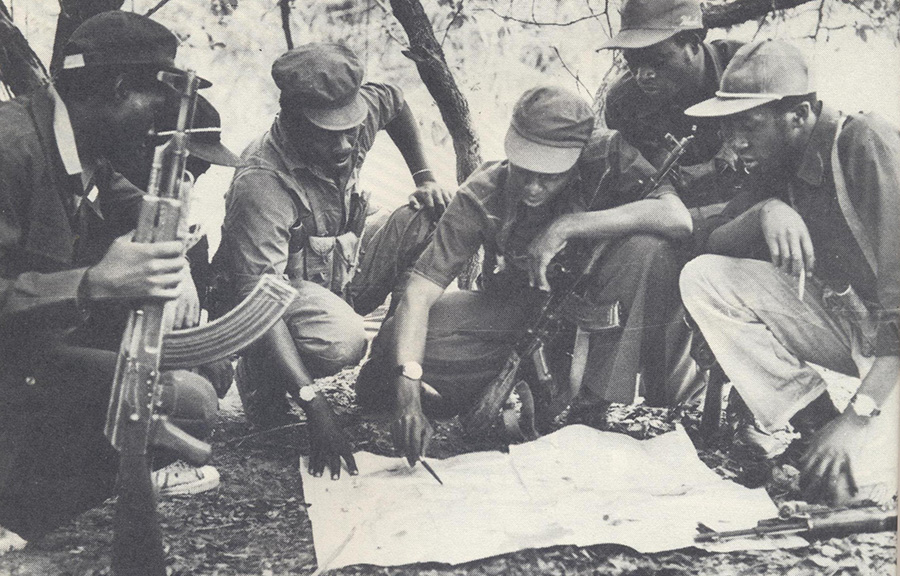 The house where I live overlooks some beautiful mountains which remind one of Zimbabwe’s painful, excruciating and intoxicating magnificence.

Painful because some strangers thought they could claim this intoxicating magnificence for themselves simply because they demanded so, and they could use the gun to force it so and maintain it so for eternity.

Looking at this ragged magnificence, this song reverberates through the soul, ‘Taigara mumakomo, panguva yehondo’, as images from the struggle tumble through the mind, invoking emotions that seem buried so deep, so deep and yet not so.

Indeed, for us to reclaim this grandeur so that we can look at splendorous Zimbabwe and feel at peace that it is ours, the comrades (ZANLA and ZIPRA) had to make the mountains their home.

In the blistering September-October heat; in the torrential November-December rains; in the windy, cold days of June-July, they carried the submachine gun on their backs, on empty stomachs, with throats scorched by thirst.

Injured and bleeding they crawled to safety, still strong, the willpower insisting: ‘Zimbabwe must be free, for this I will lay down my life’.

The mountains were their home, the trees offered shade so they could rest awhile, the caves were their safest refugee as one could hide until injuries were healed.

Days upon days, upon months, upon years of danger upon danger, battle after battle, bleeding inside for the comrades just killed, against all odds, they would go on as Cde Obey Dzingai, aka Hoyini Bhila, went through after a helicopter dropped a bomb at their position where he was operating at the front with fellow combatants.

He was seriously injured.

“I lost consciousness as I lay on the blood bleeding. Fortunately the Rhodesians did not come back to finish me off.

When I finally woke up it was late in the afternoon.

I crawled and finally walked away from the scene.

I struggled to walk for a distance of about a kilometre before I sat down under a tree.

From my position, I could see Rhodesian helicopters coming and going as they collected the bodies of my dead colleagues.

Some of the comrades who lay wounded at the scene were finished off by the enemy.

Sadly, many mujibhas and chimbwidos were caught in the crossfire and lost their lives.

I spent the whole day and the following night under that tree.

The blood was now dry causing my clothes to stick to my body.

My whole body was in pain.

Early in the morning, I slowly walked towards the next homestead.

I would sit down after walking after every 10 metres, and it took me up to midday to reach headman Nyakatsaru’s homestead.

The headman recognised me and took me, together with another comrade, to a bushy area.

The following day, the headman contacted Cde Ndumenya, one of our comrades who was a medic, and he promptly attended to the two of us.

Due to the severity of our injuries, it was decided that we be taken to Mozambique for treatment.

There was no other means of carrying us to the rear other than on stretchers.

It took us two weeks to complete the arduous journey. The injuries were bad; two of my fingers were to be amputated.

Luckily, they healed but as you can see they are badly deformed.

I still have shrapnel which is stuck in my body up until this day.

For a long time my left arm could not function at all.

It took me six months to recover.” (Comrade Obey Dzingai: The Sunday Mail 2021).

Cde Bhila is the current chairman of the War Veterans Association, Harare Province.

At the rear, in Mozambique and in Zambia, we lived in the bushes.

The thicker the forests the better.

The jet bombers would hunt us down still and sometimes with catastrophic consequences.

At Nyadzonia, Chimoio, Mkushi, Freedom Camp and Mboroma, we lost thousands of fellow combatants including hundreds of children.

In Zimbabwe, many were murdered in cold blood.

Many were massacred at Kamungoma in Gutu and in many other places in Zimbabwe.

But what kind of Zimbabwe yataishingirira?

Any kind of Zimbabwe here?

Defined by anyone who has the best means to broadcast, who has millions NGOs all over this sacred land to buy malcontents to shout loudest attacking this precious edifice at will.

Does it mean that we had no vision of the Zimbabwe we wanted to build after driving out the British menace?

Would we be sane as freedom fighters should that be the case?

For NGOs to overrun our land for the sole mission of forcing the Rhodesia in their minds on us, on our people, insisting it is the Zimbabwe we want is unconscionable.

The Zimbabwe we won with our blood, sweat and tears can never be the same as the Rhodesia they want to force on us.