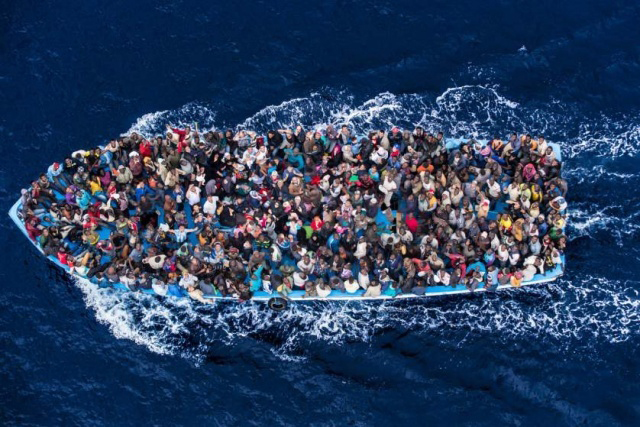 DURING the Transatlantic Slave Trade, helpless Africans were forcibly translocated from their homes to unknown or unfamiliar places to provide free labour.

The irony is that more than 200 years after the abolishment of the Transatlantic Slave Trade, Africans are willingly migrating to the same countries that tortured their kith and kin to provide labour.

One of the major reasons that necessitated slave trade was the need for free labour to transform economies of American and European countries.

Similarly, today, a number of European countries are in need of more workers in order to stabilise their economies.

While Africa is in desperate need of jobs, Europe is anxiously seeking workers.

Britain is one of the countries in desperate need of migrant workers and, for that, it has relaxed immigration laws to allow more foreign workers and ease labour shortages.

The sad part is, many African graduates are finding their degrees inadequate on the domestic labour market because there are no jobs and if they are there, they are not paying decent living wages.

Frantically, some are trying to cross illegally in what are termed ‘Desperate journeys’ through the Mediterranean and Western Balkan routes despite the risks of drowning, rape, sexual harassment and trafficking by armed groups and transnational smugglers.

According to UN Secretary General Antonio Guterres in a recent UN report, over 12 000 people are held officially in 27 prisons and detention facilities across Libya while being exposed to torture and abuse.

African doctors, engineers, academics, nurses, cooks and farmers are finding their way to Europe to pick fruits, to be truck drivers and care for elderly people.

Rachel Hanel, in her book The Slave Trade (Days of Change), says slave trade became a business that saw different ships, large and small, crossing seas ferrying slaves who did not want to leave their homes.

Hanel describes the horrifying experience that Africans faced from their homes and the journey across the Middle Passage.

Writes Hanel: “For those who boarded the ship, the journey across the Middle Passage was horrifying.

Disease often ran rampant; dysentery, a type of diarrhoea, was common as were respiratory illnesses.

Some slaves died in rebellion attempts against the ship’s crew.”

According to Hanel, researchers well-versed with the Atlantic Slave Trade estimated that between 12-15 million slaves were shipped across the ocean over a course of 400 years.

The horrifying incidents that black slaves faced about five-and-half centuries ago in the Middle Passage are sadly similar to what many Africans are facing currently.

Instead of contributing to the socio-economic development of their countries, some Africans are choosing to migrate to do menial jobs in the Americas and Europe.

Many are migrating to Europe in the hope of a better life while others risk their lives to escape from war, natural disasters, political oppression and poverty.

Just like during the slave trade, trafficking immigrants to Europe has become more lucrative.

For those involved in the business of slave trade during the slave trade, it was the strong and resilient body of the blackman that was considered fit to work on plantations.

History highlights that blacks were the strongest race that endured harsh weather conditions and resisted diseases, such as malaria.

These qualities among the blacks contributed to them being considered the best race to provide free labour on plantations.

In one of her sessions in a Masters Class, Nikole Hannah Jones, a popular civil rights American journalist, highlights that the foundation of American capitalism was not based on industrial revolution but on slavery on the plantations.

She emphasised that it was slavery that led to Western expansion and development.

“The tobacco that largely fuelled the American Revolution that paid off world war debts was planted by slaves,” she said.

Her argument is, it is slavery that was the driver of early American capitalism.

In other words, Jones is emphasising that early development of the US is rooted in the sweat and blood of slaves.

Said Jones: “Plantations can be said to be first modern industry in America and were heavily regimented.

There were bankers, bookkeepers, accountants, ledgers, lawyers and mortgage brokers.

All these people financed slavery and ensured its profitability.”

Jones also terms plantations as ‘forced labour camps’ that saw America, around 1830s, providing half of the world with cotton produced on plantations.

“When they built these slave labour camps, they put the main house up on a hill, on a high point so they could look over workers and there was a sense of surveillance that workers knew if  they eased up someone might be looking out from that window.

In slavery, the incentive was torture, it was the fear that if you do not pick enough cotton, you will be beaten, you will be tortured and an example will be made out of you.”

Africans who are risking their lives on desperate journeys are failing to realise that the development of Africa needs co-operation and collaboration of all Africans.

One of the reasons Africa is lagging behind in development is failure by Africans to realise their worth in their own countries.

It is sad to note that although the slave trade was abolished many years ago, it left systems and practices such as surveillance to continue to be used in modern day facilities.

It is on the fields where most Africans will be picking fruits that surveillance will be mounted, just like on the plantations.

The demand for slaves on the Transatlantic Slave Trade had detrimental effects on institutional and social structures of African societies.

In other words, slave trade had a negative effect on the socio-economic development of Africa.

It remains the duty of every African to ask oneself if migrating to Europe is worth losing your life on the so-called ‘Desperate Journeys’.