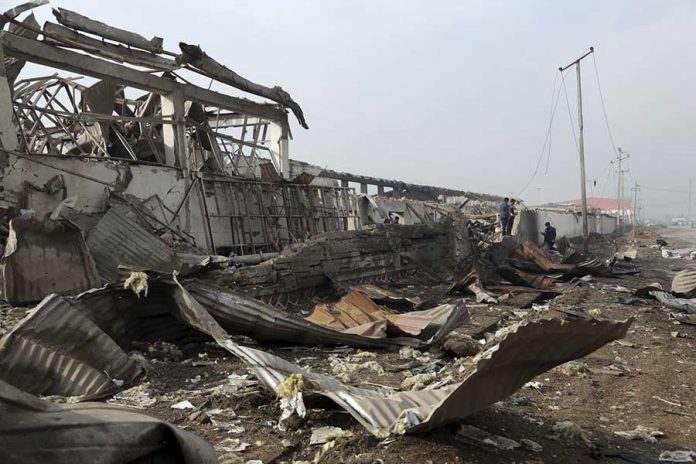 IF in any nation, pockets of the population provide nests for violence to grow and fester, the whole nation pays heavily sooner rather than later.

If nations want to live peacefully, they should have zero tolerance to violence.

Recently, in Afghanistan, 85 people were killed by terrorists. The victims were mostly schoolgirls who were exiting school around 4 pm, at the end of the school day.

A car bomb was detonated outside the school just as the students were leaving.

The bomb was meant to kill as many of them as possible because, as people rushed to find out what had happened and to assist the victims, and as more students were rushing out of the school to escape from the danger zone, more bombs exploded, killing more students and those who had rushed to the scene to assist.

These terrorists are clearly diabolical assassins who deliberately planned and carried out a heinous crime against the most vulnerable, innocent and defenceless schoolgirls. They deliberately timed the blasts to maximise the number of people who would be caught in the explosions.

This is sheer terrorism.

What are the makings of terrorism?

Cruel heartlessness meted out to those considered as enemies. Terrorists kill without compunction; the end justifies the means, and whatever can be used to achieve their ends is correct.

Does this sound too far from home?

No, we must not be lulled into a false sense of security.

To the younger generation, the threat of terrorism might seem so far from home because we eliminated the terrorist scourge before they were born.

That is why they are so amenable to calls for violence with their characteristic response: ‘Ngachibvondoke!’

They have no clue what terrorism is; it was all done for them. They enjoy peace without understanding what it cost.

We ended the scourge of British terrorism which invaded our land in 1890.

By force of arms, we took back our land with all its wealth.

There is no greater terrorism than to rob a people of their land, all their wealth and their labour.

Terrorists are driven by lust and greed for wealth and for power.

For this, they maim and kill and destroy to nothingness.

It was murder and devastation.

It was murder and devastation of innocents, whose only crime was owning a rich, beautiful country, and they had the strength and courage to fight for what is theirs.

The people of this land were blasted to death with dynamite in caves where they had taken refuge.

They were mowed down by the Maxim gun which fired 600 rounds a minute.

Relentlessly, the terrorists starved thousands through the scorched earth policy.

Their homes were razed to the ground and torched while tonnes of their grain and thousands of their cattle were looted, reducing the people of the land to roving bands of homeless starving destitutes.

They intended to wipe us all out, with Cecil John Rhodes and the Catholics calling out: ‘Kill all that can be killed!’

We fought back in the First Chimurenga, wiping out half of the white terrorists and it is only when they got reinforcements from England that we made a strategic retreat.

We needed to live to fight another day.

When we resumed the Second Chimurenga, they (whites) did not change their terrorist tactics.

They pursued genocide, committing mass murder after mass murder of civilians at Mboroma, Mkushi and Freedom Camps in Zambia, Kamungoma in Gutu, Nyadzonia and Chimoio in Mozambique and other places in the country and at the rear. Internationally banned chemical agents and other weapons of mass destruction were used.

The masses and combatants were subjected to chemical poisoning in their food, clothing, water and medicines.

So when terrorism seems so far away, it is because we defeated it.

We brought to an end British terrorism through the harshest sacrifice by our people.

So much blood was shed while thousands perished in their quest to uproot British terrorism from our land.

Although we defeated British terrorism and it seems so far away now, it is not; it is only lurking in the shadows.

When we triumphed in the Third Chimurenga and took back our land, British terrorism reared its ugly head once more in this land.

The British identified malcontents, sell-outs whom they briefed and funded to masquerade as legitimate opposition when in actual fact they were quislings of British terrorism in this land.

To violently overthrow the Party which ended British robbery of our land through the armed struggle and instal themselves as a front for the British.

If, and when, the British puppets take over, it is not too difficult to imagine what will happen.

Through the MDC, the British will own and control our land and all its wealth once more and the people of this land will exist to serve British capitalist ends and nothing else.

British rule through the MDC will end the rule of law, the rule of peace which we restored in our land through so much sacrifice.

The MDC has not left us guessing what their mission is.

It is violence, to achieve illegal takeover of power and hand it over to the British.

From Morgan Tsvangirai to Nelson Chamisa, it is violence. We got a taste of their violence on many occasions which fortunately were foiled by the nation’s state security forces.

We seem so far from the terrorism in Afganistan; it seems we are too far away from the crimes against the Yidish by the Daesh, an Islamic Group, in Iraq; we might seem so far from  the savagery of  Boko Haram in Nigeira or the Jihadists in Mozambique but it is a fool’s paradise to think it is so far away.

When the MDC ensconces and is on the payroll of the harshest force that tormented this country for 90 years, causing untold suffering and committed unconscionable atrocities against this land and its people for no other reason except greed, then the MDC is equally vile.

They are capable and willing to commit each vile crime the British committed against our people.

It is no secret that the MDC is involved in training insurgents for terrorism.

Therefore, it is not too far from what can happen here.

When the seeds of terrorism are sown and they find fertile soil in any nation, that country is, regrettably, indicting itself.

When the MDCs calls for violence, Zimbabweans beware!

These seeds are growing and festering among us; tomorrow it will be a wild fire no-one can control and it will be the end of peace.

Ask the refugees from Syria because they know what havoc terrorists can cause at the behest of their imperial masters.

Musikavanhu will not ensconce.

He already ensconced and assisted us to put out the inferno of British terrorism, which ravaged our land for 90 years.

The peace, freedom and sovereignty we enjoy came at excruciating expense.

Let us not be careless with it.

Let us not harbour terrorists because we will pay the price.

In the end, we will not be able to contain the terrorism.